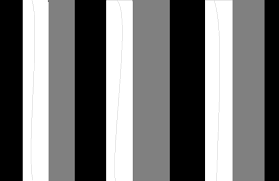 In every situation there is black and white. These sides’ display opposite ends of a given situation that is factual. It either is or it isn’t. You either will or you won’t. You either can or you don’t. However, there is also a third area called the “Gray Area”. I don’t mean 50 Shades of Gray, although there isn’t anything wrong with that side either, but I am talking about flirting with both sides in hopes to create a situation that is more comfortable despite the facts. “The Gray Area” isn’t clear of expectations and has no clear destination. “The Gray Area” is defined as “an intermediate area; a topic that is not clearly one thing or the other” (Google, 2012). Therefore, in layman’s terms, it’s a hot mess.

Women are often the culprit of traveling to these areas of gray and staying for an extended period; hence creating “The Gray Area  Extended Stay Hotel”. According to an article in the Scientific American Journal, “New research  suggests gender plays a role in these decisions because men tend to organize the world into distinct categories whereas women see things as more conditional and in shades of gray” (Shrira, 2011). Therefore, in relationships, men see only the facts of a situation; whereas, women tend to  over analyze the conditions of the facts and lean more on the possibility of what could be and the significance of what was.  For instance, if a woman leaves a relationship it is difficult for her to completely cut off her partner because of what was shared between both of them. The lonesomeness, emptiness, and loneliness become palpable, which may lead  her to opening the doors of communication and engagement to that ex-partner.  Now the situation becomes confusing and frustrating because now  she is not only hurt by the detachment of the relationship, but the interaction is allowing her to stay emotionally vulnerable and next thing you know she has booked some time at  “The Gray Area Extended Stay Hotel”.  Does this sound familiar? We have all been there to some degree.

Men are very good at keeping things in perspective.  However, they often find themselves in “The Gray Area” as well. Sometimes it is due to their own doing by stringing the woman along. Perhaps they truly miss the woman they were with; perhaps they are emotionally vulnerable too; or perhaps they don’t like feeling their loss and to pacify the time they keep the woman  making sure she remains available to him emotionally and sometimes sexually until he finds someone else. Although, in my experience, men play into “The Gray Area” but they haven’t lost touch with the truth of the situation. In some cases, the “truth” of the situation is the card they play when things in “The Gray Area” gets too messy. Let me share with you a personal story of mine that demonstrates what I mean.

In a previous relationship, my ex and I broke up because we believed it was the right thing for each other. We wanted different things and we just were no longer a good fit for one another. I went a few months without talking to him or even reaching out to him. Until one day I was invited over for a family event and he was there and we started chit-chatting more often and the next thing you know we were hanging out and talking to each other practically every day. What I thought was dead inside me, was reawaken. He was my first love, the father of my child, and several things in between. How could I possibly think that 3 months would be a sufficient amount of time to get over him? Anyway, I packed a suit case, got in my car, and check in at the “Gray Area Extended Hotel” and stayed there for over a year. We would tell each other that we loved each other, and although we weren’t sexually active, we were still acting “in love” with one another. Okay for him, but not okay for me. He still had relationships and although I was dating, I really wasn’t giving anyone the time or the chance to see if we could go beyond having a plutonic relationship. He was always there. My heart was still his and our connection was still alive. There came a point where I started to feel stuck. I started to get angry with myself and at him for being placed in that situation. I subjected myself to bullshit situations that would have never happened I had stayed in the black and white. Had I only stayed in the truth of the situation, I would have never gotten caught up the way I did. Honestly, I think things had to get as ugly as they did in order for me to really shut myself off and finally leave the extended stay. I made a decision to walk away and to never look back. He was alright the entire time. In fact, he was in a relationship the entire time and although I was upset about that I knew the situation no matter how opposite his actions were to me. No he was not man enough to respect my emotions and cut things off for the both of us. I couldn’t do it because I was too emotionally impaired, but he could have. However, at the end of the day I have to look at myself and recognize that I expected him to do or would have liked him to do, I could have done the same thing. He strung me along, but I let him. His response to me when things got out of control was, “You knew what the situation was.” And he was right, but I couldn’t see past what I wanted. I held on to his every kiss, word, and hug as a possible sign that maybe someday he would come back to me.

I am happy to report that the emotion, angst, and frustration about the situation are no longer there. I honestly think things had to happen the way they did in order for me to walk away and put him where he should have been, in the past.

“The Gray Area” can be avoided by one simple principle, being honest with yourself. If you are not in a relationship, you are not in a relationship. Stay out of the undefined area that only creates extra drama and nonsense. KEEP IT MOVING!!! There are only three areas you should find yourself when you decide to create a relationship with someone: Dating, Exclusive, or Not together. There is no in between. Along with that, within those three phases you both have to define what it means to be dating, exclusive, or not together. Ladies, listen to what the man is telling you and showing you. If he is not giving you clear expectations, stick to the matter of the situation. For instance, don’t fall for the “I know we are not together but you know I still love you no matter what” line. Its bull! Remember the first part of that sentence, “I know we are not together”. The rest of that sentence is just a combination of words that men come up with to not make it sounds so bad. If they are dating, you date (if you want to). If he is out kicking it, you go out and kick it. The last thing you want to do is sit around and wait for him to move you out of “The Gray Area”. You have to do it on your own.

“The Gray Area” can keep you from moving on and really evaluating your own strength. We are all stronger than we think we are. We have to see past the comfort of the situation we are in. And just because a situation is comfortable doesn’t mean that is normal or good. It just means you have gotten use to the pain and frustration you are living. It has become a part of you; hence, you’ve settled.