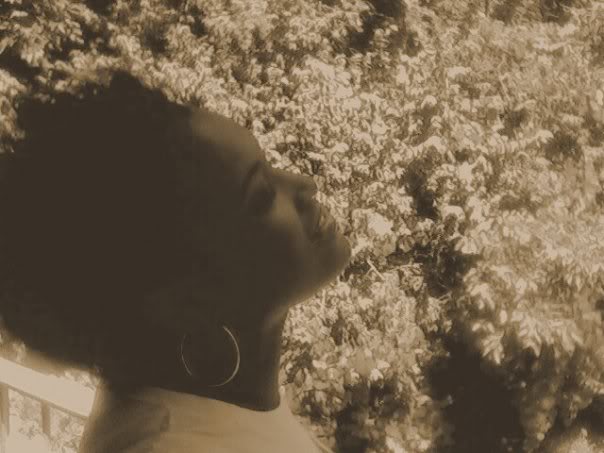 It’s been a while since I wrote one of my “sex” articles. There is good reason for that. It’s simple, I wasn’t inspired.  Its hard to talk about being in love when you aren’t. As I sat and thought about why that may have been I couldn’t come up with an answer. When I was single I had a lot to say, but now that I am in a happy and fulfilling relationship for nearly a year, I have nothing to share. But that’s a lie. I have a lot to share! The problem is, I don’t know where to start and not quite sure what to talk about exactly. I thought long and hard about it and I thought, “Nicole, why not talk about your “truth” of what you’ve experienced about being in love and your new relationship?” I figured that what I have experienced, thus far, a lot of women can relate.

Let me give you some background first. My last relationship lasted for nearly 9 years (I know right). I was 19 years old when I began that serious relationship without a clue of who I was or how to make someone happy. I was just…in a relationship. There were things that I had trouble communicating and there were things that I compromised for the sake of my relationship (I will never do again) just to make it work. I was in that relationship hoping that it would lead to a “happily ever after”. As a result of this fantasy, I gave more than I had in hopes for a big payoff in the end.

We never planned our lives together. We just assumed that we would always be a part of it someway. We never really sat and had a full discussion about what was and wasn’t working in our relationship until someone was fed up. We were just together just to be together but we weren’t in a relationship. I know that now. Anyway, the relationship ended way past its expiration date with me hearing the words that I needed to hear 3 years too late, “I will never be the man who you need me to be”. The feeling that I felt at that moment was almost similar as to how a baby bird feels when its mother kicks it out of the nest. The baby bird thinks that it doesn’t know how to fly or live without its mother until it’s forced to make a decision to hit the ground or fly. In my case, I had to hit the ground before I learned how to fly.

I went to counseling, lots of counseling. Not because of the end of that era, because I couldn’t make sense out it. I didn’t know how live without a piece of me that I grew so accustomed to. I also had to face the residual effects of that relationship which were: unworthiness, guilt, blame, shame, and low self-esteem. My ex moved on faster than I did resulting in the horrible question a woman could ever ask herself, “Why wasn’t I good enough?” The end of that relationship made me face my insecurities. I realized that part of the reason why it was difficult to let my relationship go was because I didn’t want to get to know me again and I didn’t want to know the answers to some horrible questions I found myself asking.  Why didn’t I feel good enough? Why didn’t I feel worthy to be loved? Was I too hard on him? All of these questions weren’t for him to answer, but for me to do the work to feel good about me…Nicole. So the work began.

that you were weak and you couldn’t handle your own problems (but who can?). I loved it because I was able to say things that I wouldn’t even tell my best friend. It was healing, but healing doesn’t always feel good. While I was going to counseling, I was out drinking and “clubbing” every chance I got. My beautiful loft that was once my sanctuary became a jail cell of my emotions. I hated being a home. So I wasn’t. I became foolish with my spending. I would buy outfits to wear that I thought “If my ex sees me in this, he is going to wish he’d never left me”. Most of those outfits are still in my closet with the tags on them. Oh, and I dated and I dated and I dated. I went out on more dates in that 6 month time frame that I probably ever did in my life. I also got so drunk that I almost got in my car and drove. When I was at home and couldn’t find a place to go, I took sleeping pills to sleep. When I slept, I didn’t think nor did I feel. All I wanted to do was sleep. Yea, it was an ugly time. I was that baby bird that hit the ground and was so mad at the ground that I didn’t even try to flap my wings. I was just trying to make a life for me at the bottom, where birds aren’t meant to be. Being in love wasn’t an option.

Somewhere along the lines I think God got fed up with me. He gave me over to that negative place that I tried to love knowing the entire time that I wouldn’t be there for long, so I finally prayed. I mean a serious prayer. I prayed for God to take me out of my funk and when my heart was ready to send me someone who would love me for me and see the God in me. I prayed very specifically for the kind of man who I wanted in my life. A few months later I met…him. 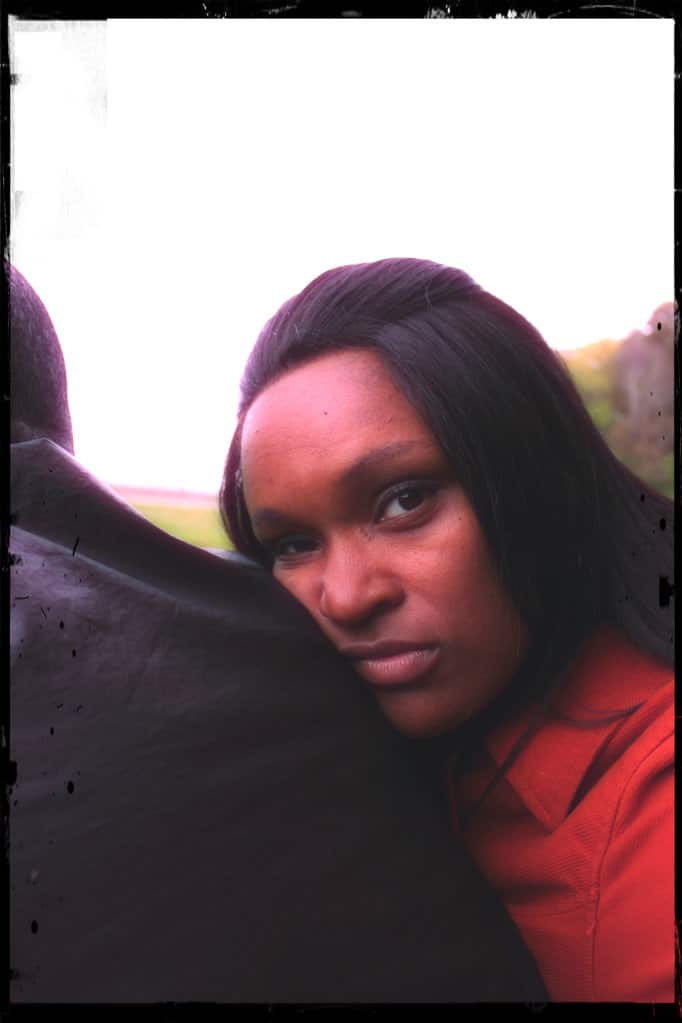 The beginning of my relationship with “him” was interesting. I was still putting up resistance because a part of me wasn’t sure if I made a right decision and if I was even ready for a relationship. I mean, although my ex and I decided to leave our relationship, technically, I was single for 2 years. Now I am in a relationship with “him” and I had to learn how to love him; get to know him; how to comfort him; how to make space for him; and how to be in a relationship. Come to find out we actually have nothing in common (lol). Some people would see that as a negative. We actually see it as a plus. He watches Sports Center and I watch the Food Network on one TV!!! Imagine how many arguments that brought up? In the beginning it was really rough, but that is when I started flapping my wings and being in love didn’t seem so bad.

I allowed this new man to see me completely natural. Ladies you know how we are about that. I mean I got so vulnerable where I let him see me completely naked. Not just physically but spiritually as well. No make-up, no weave, no heels, just me. Very, very hard. However, the most profound thing happened in that moment, I saw his love for me. I was just as if not more beautiful to him in my “ugliness” being completely naked than I was “dolled up”. That was when I knew that the love that was being created wasn’t superficial, it was real.

My “him” wanted to know about Nicole. I mean, he wanted to learn and know things that I never told anyone. He is very interested in my spirit and well-being. At first, I thought he was just being nosey, but that was my defense mechanism talking. You see, in my last relationship there was no planning for the future or any effort of making sure we had a stable foundation. We weren’t taught that and we were young. Also, we were unevenly yoked (bad news bears). Now, me and “him” talk about everything and have very tough conversations all in the development of us entering God’s Kingdom together. I’m half way off the ground.

“My Truth About Being in Love is My Truth” -Nicole

We are still going through the growing pains but I am so glad that I made the decision to be with “him”. I crave “him” and it’s not because I’m so smitten and in love. I love hearing his words and stories about life. I love experiencing true intimacy with “him”. I love the things that people don’t understand about “him” because to me I see opportunity for him to be better than what he already is which is pretty darn great to me. This relationship is teaching me that I don’t need to give to get. All I have to do is be present to the growing experience that is happening. Even if we parted ways today, I may be sad but I am glad to had even loved “him” and for him to show me a new way of love at the same time. I know this sounds very cliché, but he is the wind beneath my wings that has given me the strength to learn how to fly. It’s me that is doing the flapping and the exploring but he is being used as a vessel of God to take me to different places. Hence, being in love is freaking awesome!

My truth is that I went through a bunch of bullshit to get to the happiness that I have now. It is not a perfect relationship but I wouldn’t have “us” any other way. We are working to try to figure out who we are as a couple and who we are as individuals. It’s a learning experience and life lesson that I will never forget. In order for us both to get there, we had to be kicked out the nest (comfort zone) and learn how to fly. So, the truth about me being in love is that it’s amazing and grows stronger each and every day. It’s not about trying to accomplish goals and life milestones; it’s not about making a relationship all about you to make yourself feel better; and it’s not about being with someone just because it’s convenient or it makes sense. It’s about a life experience and being in relationship. It’s about being in love and that is my truth. 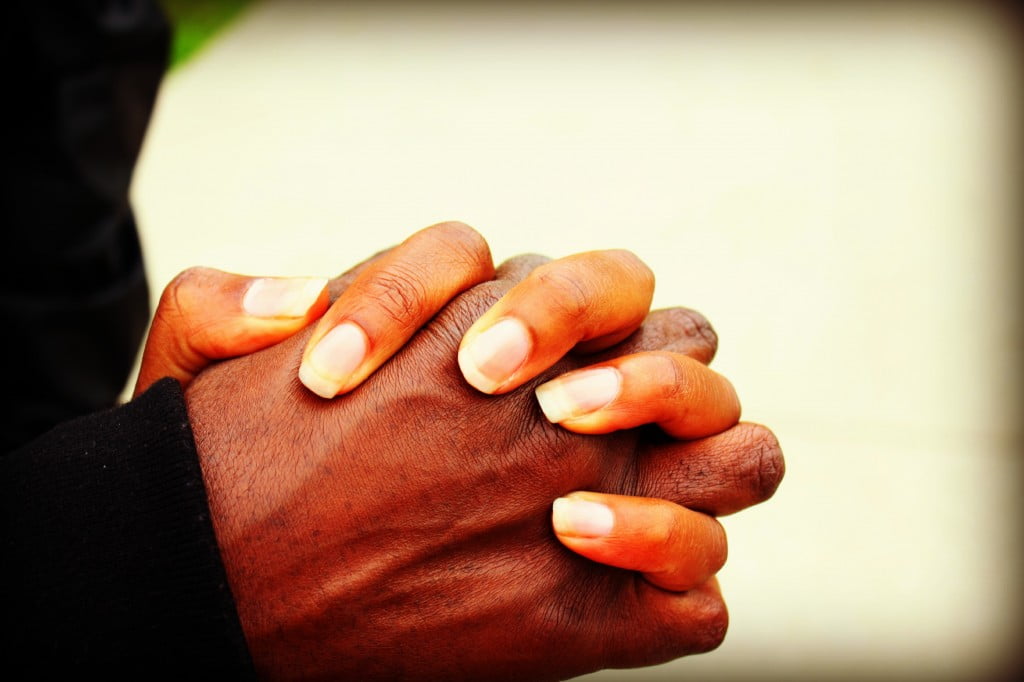