So, who would have ever thought about putting beer in cupcakes? ME! 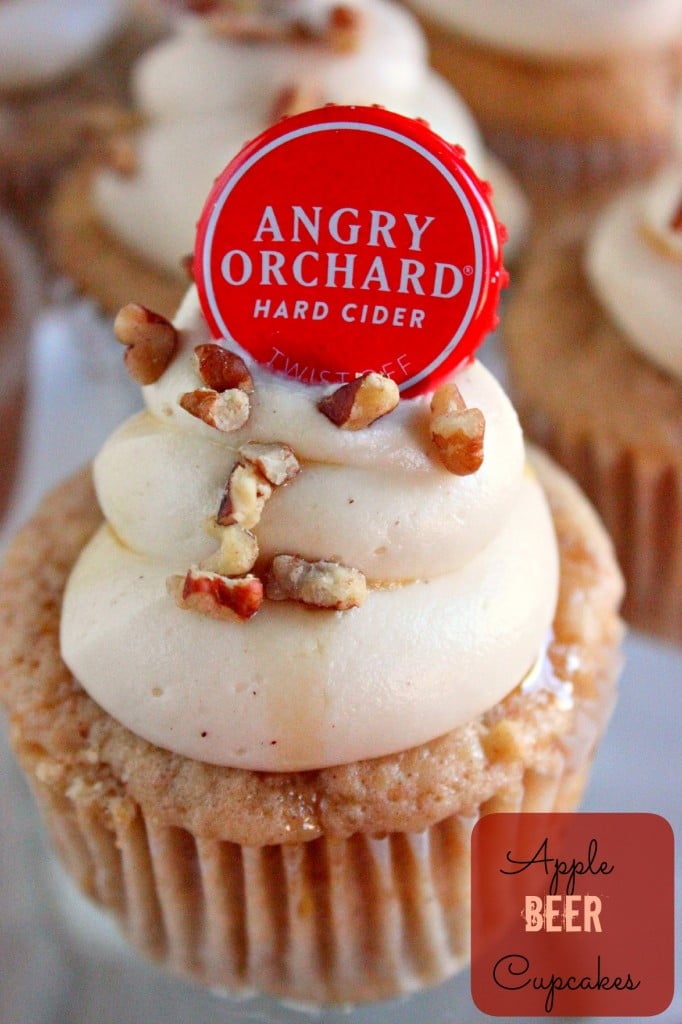 I am more of a cocktail person than a wine or beer gal. But, I do enjoy all three libations. Like most women, I like just about any cocktail or alcoholic beverage that is sweet. I strongly detest red wine (I’m trying to find some appreciation for it); I don’t like my liquor straight (burns a hole in my heart); and I can’t stand dry wine ( I honestly don’t know why people will drink something that will make them thirsty). My favorite cocktails are Grey Goose and Cranberry and Amaretto Sours; my favorite wines are Chateau St. Michelle Riesling and just about any types of Moscato; and my favorite beers are Strongbow and ANGRY APPLE ORCHARD (which is technically cider but with alcohol. I just like calling it beer)!!! OM freaking G is this stuff good. I had it for the first time a few weeks back when my friend was having a get together at a sports bar and she was drinking a glass. She knew that I would love it and I would not disagree with her after I tasted it. So, I ordered a tall glass of this incredible orchard goodness and a big plate of nachos ( I told you I like man food). It was fantastic! It doesn’t even taste like beer. It tastes like apple cider but with fizz. Me love it long time! I thought how it would taste if I were to add it to something that was already sweet and “applely” that is when these Apple Beer Cupcakes were born. 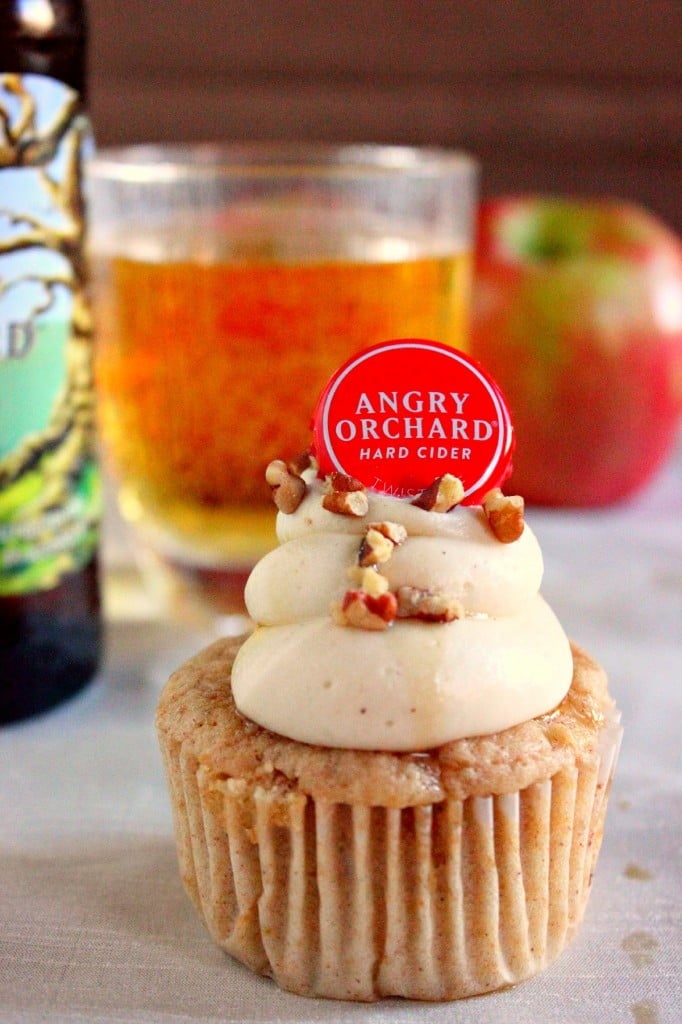 At first I was going to make an apple float, sort of like a root beer float but with chunks of apple ( I still might do that) and see how it were to come out. I decided on cupcakes instead. I don’t know why, how, or where this idea came from but I’m glad it did. I took a basic cupcake recipe and added some shredded Golden Delicious apples and added some of this delicious beer and made an easy cream cheese frosting and they came out beautifully. The cupcakes don’t taste, AT ALL, like they have beer in them. In fact, I was wondering why add the beer at all. But the beer does deepen the apple flavor of the cupcakes and adds a but more moisture, I think. 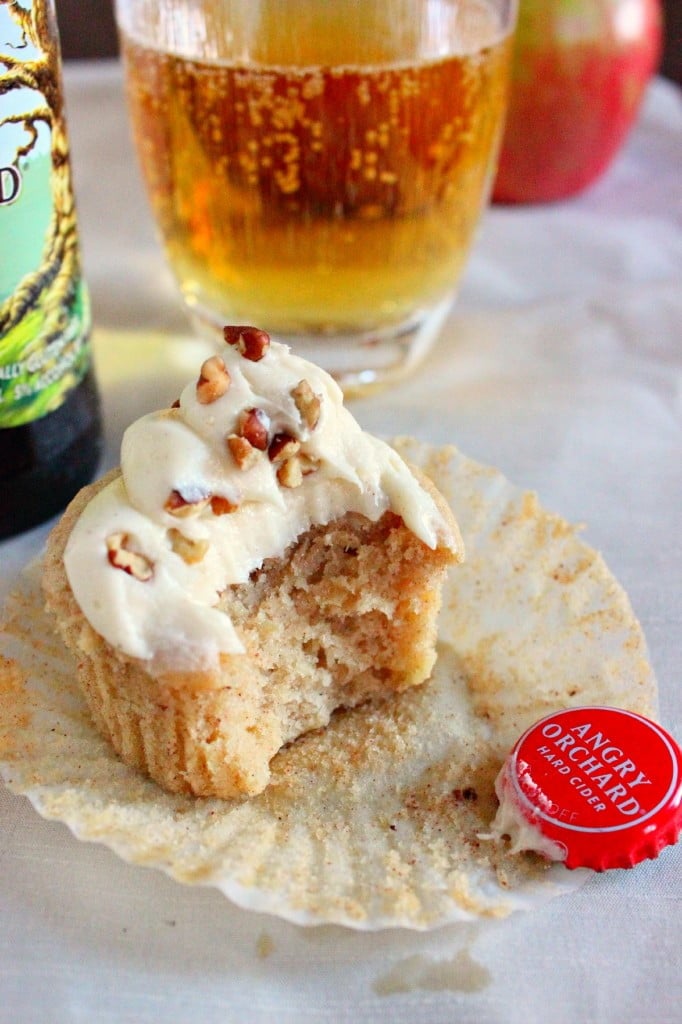 If you decided to try this with any other apple flavored beer, I am not sure if you would get the same result. I’m sure that it will be fine, but I can’t say that with absolute certainty. I think you should try Angry Apple Orchard anyway! It is a perfect beer for the fall and it is a perfect beer to make these cupcakes with. Until the next crazy cupcake invention….PEACE OUT!

Adding Angry Orchard Apple Beer to your cupcakes enhances the flavor of these moist and delicious cupcakes. Topped off with a creamy cream cheese frosting, drizzled in maple syrup, and topped off with pecan pieces makes these cupcakes great for the fall.