Here is what I love about baking…

I love when you allow your mind to go free in the kitchen, you can create some of the most amazing things. It’s about not applying pressure and just getting in the kitchen and doing what you love and not being afraid of making mistakes. When I started getting into cook and baking, I was terrified of making mistakes. Why? Not really sure. So if you look at my earlier blog posts (where the pictures are too horrendous to look at) you will notice that a lot of them are adapted, meaning I took the recipe from another source. At first, it really bothered me when I would do that because I thought that meant that I wasn’t capable of creating something on my own. However, I don’t think there is anything wrong with adapting recipes, especially if you are a blogger. There is nothing wrong with sharing something that was a blessing to you and, yes, food is a blessing. I am glad that I started most of my cook adventures under the instruction of another source because it helped me gain the confidence I needed in myself to just get in the kitchen and go! 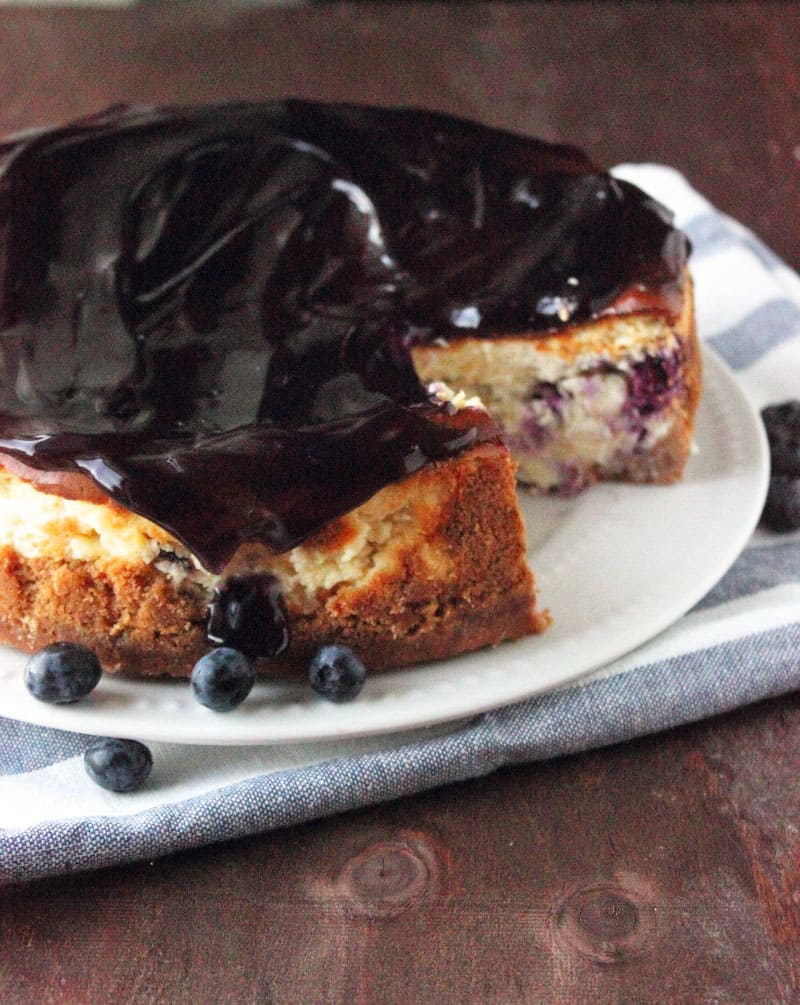 It is a great feeling when you made something good when you didn’t think that you could. That is how I feel about this cheesecake. My significant other and I were casually talking about nothingness and I was clipping coupons and out of nowhere I said, “I’m making a Blueberry White Chocolate Cheesecake!” He looked at me with a very confusing look, that look changed to him thinking, and him thinking came to him saying “Hell yea!” I took the general concept I knew about making cheesecakes and I went into my kitchen with my “balls out” and made this deliciousness you are drooling over. It was such a great and simple idea! One that I never heard of before. I made this awesome treat with no fear and no idea what the heck I was doing and I felt completely liberated! I want the same for you. I want you to get your booties in that kitchen and go “H.A.M” (Hard As a Mofo). There is an idea in those beautiful minds of yours that is waiting to get released! I know you have it in you. Don’t be afraid because you never know how much of a blessing it could be to the world! I hope this cheesecake serves as a blessing to you!