I am starting to think I have a knack for making really good and eye-yummy breakfast food. 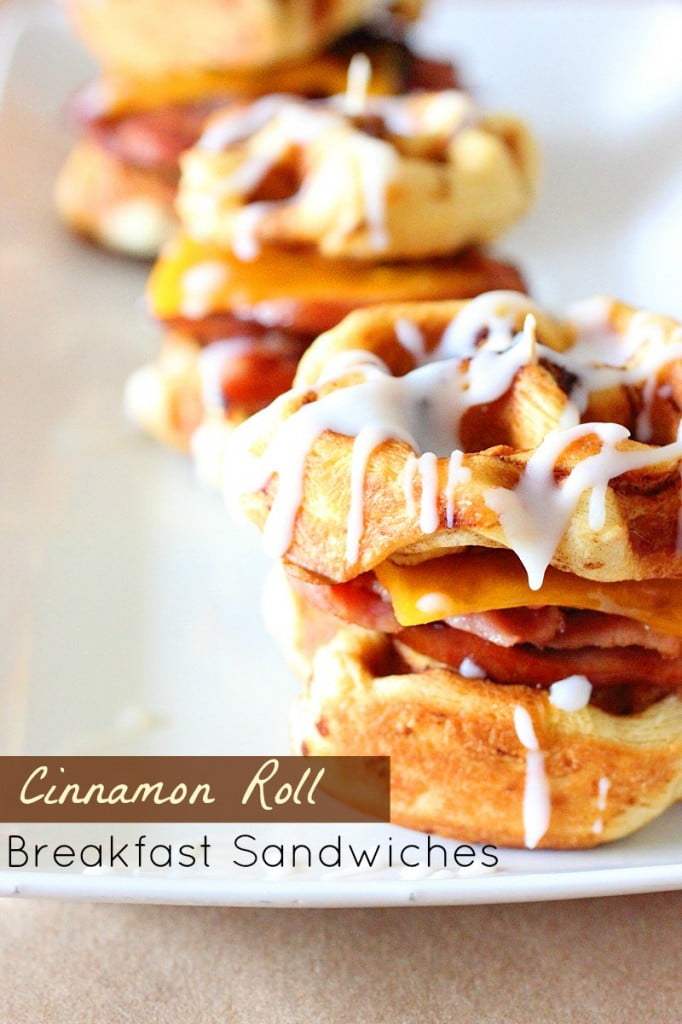 In the food world, from what I’ve noticed,there are food fads that come in waves. Let’s see, do you remember when the world went bonkers for bacon? I mean everything was bacon this and bacon that, it was just bacon, bacon, bacon. I mean the bacon fad is still around but for a minute there the world was crazy about using bacon in everything. Okay, that was one foodie fad. The next fad was watermelon and feta cheese salads. Maybe this wasn’t necessarily new, but for a certain period of time I feel that I seen them everywhere. The last fad that consumed the foodie world were cinnamon roll waffles. Do you remember when people were making those left and right? I do because Pinterest was saturated with pictures of them. 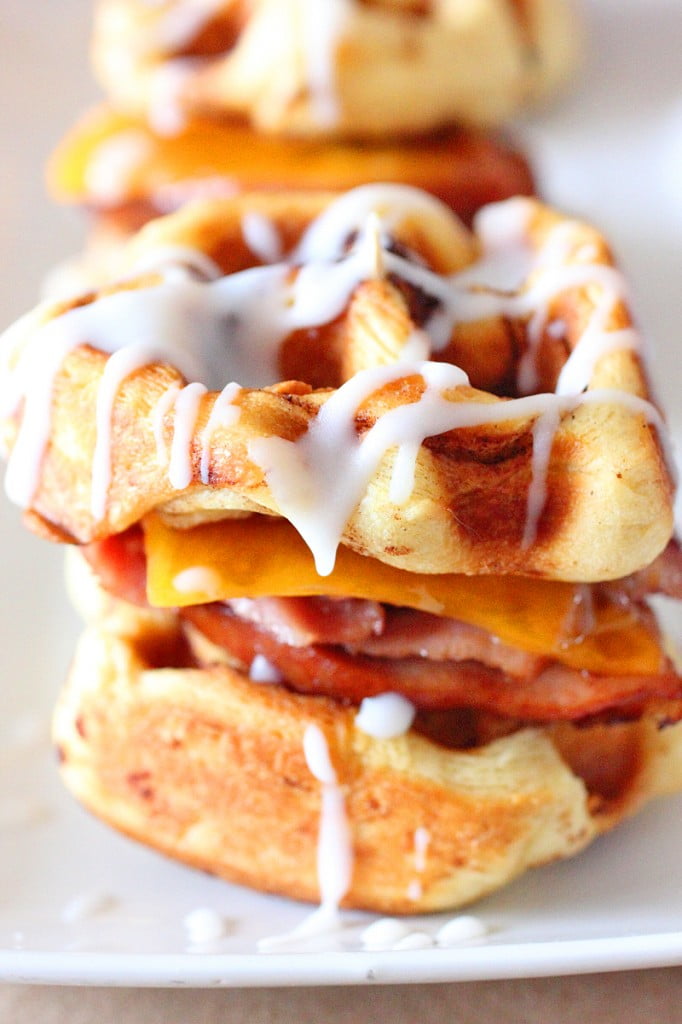 Well, I figure “If you can’t beat them, join them”! I like to think that I take food and evolve them into something better or easier. Every now and then I will make a dish that requires the cooking skills of someone who is familiar and comfortable in the kitchen. In this case, my 6-year-old niece can make these sandwiches. I took that concept that I mentioned and made it into something else. Something easily delicious and crazily simple that I know you will love me even more for it. Guess what? It only requires 3 ingredients. 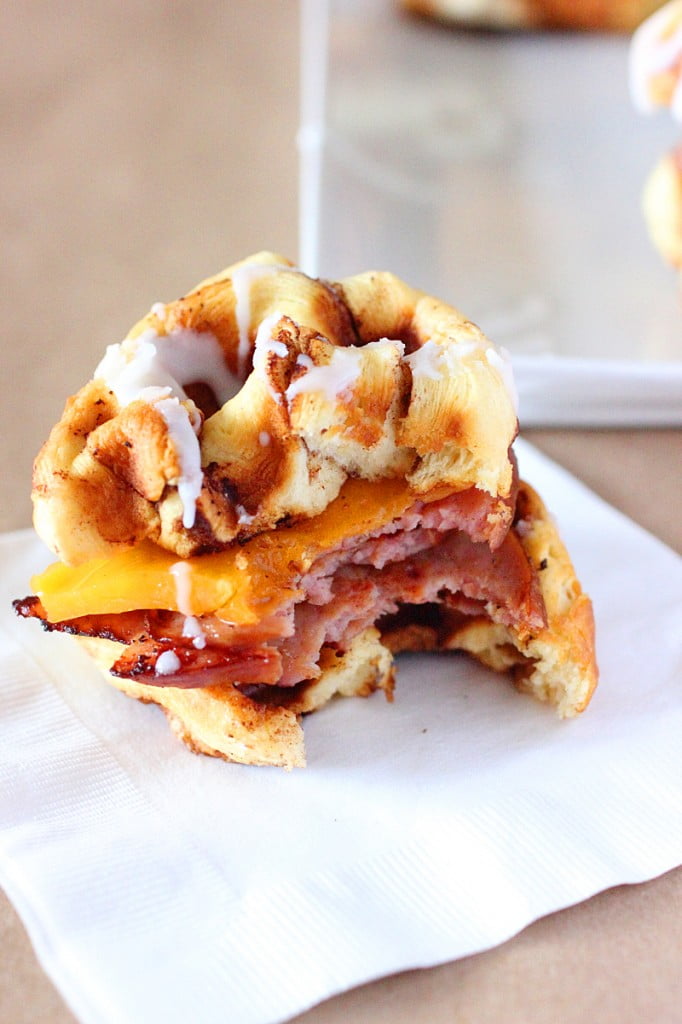 I have this thing for breakfast food and breakfast sandwiches. If you have followed me for a while you already know this. I particularly love savory and sweet flavors mixed in together when it comes to breakfast. If I have some bacon, I must have a pieces of toast with jelly or a side of fruit. If I have oatmeal with berries,I must have some salty butter to even it out. That is just me. These sandwiches you have a cinnamon roll, with the icing and in the middle is ham and sharp cheddar cheese. I mean…COME ON PEOPLE! GET WITH THE PROGRAM. These are perfect for brunch and breakfast parties. And…..they are cheap to make. BOO-YAH!