Once you have one of these Cinnamon Sugar Baked Doughnuts, you’ll end up eating 3 in one sitting! 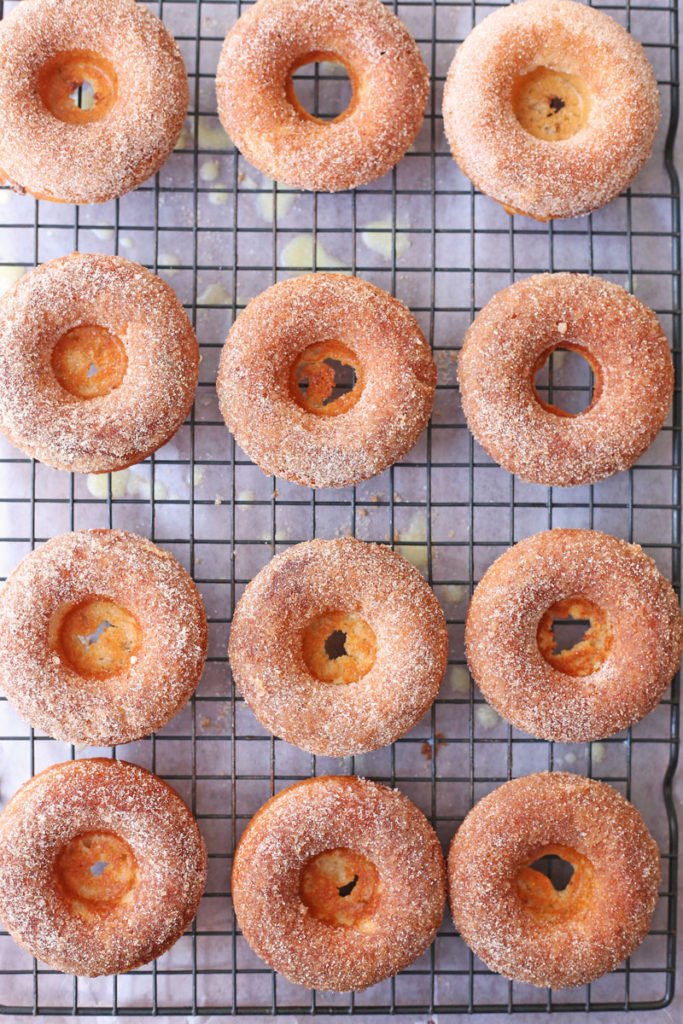 These Cinnamon Sugar Baked Doughnuts are incredibly easy and delicious you can make them every morning for breakfast.

Okay, so in my top five favorite foods, you will find burgers, sushi, turkey club sandwiches, peaches, and doughnuts. Now, this list is subject to change based on my mood, but for the most part, the list stays the same. I wish I had a better, or shall I say healthier favorite food lists. Like why can’t I like dishes with quinoa ( I hate quinoa-you will never find a quinoa dish on my blog. I promise.), chia seed puddings, kale salads, and Tofu Scrambles? Now that I am thinking about it, that list sounds so damn boring. I am sorry if you are one of the people who have a favorite food list that I just described or something similar. I just don’t get it. Let’s start with quinoa first, it tastes like pure dirt from the earth…the end. Second, chia seed puddings, it looks like the dirt…the end. I have tried kale salads and I am still trying them, but they are super bitter and a little tough to eat. Finally, there are Tofu Scramble and all I have to say about that is just…no. I get all the healthy foodstuff and trying to eat clean and that’s cool, but no favorite food list should have only healthy food dishes. Our favorite food meals should be made a list of foods that are sinful and guilty. That’s what makes it fun! I don’t think I have ever run into someone and they’ve said,

“You know what I could go for right now? I could go for a big ass bowl of leaf spinach and lemon juice. Oh my goodness, I am going to do some damage to that bowl!”

If you know anyone that feels that way, send them my way because I want to talk to them. If you happen to be one of those peeps, you go ahead and eat your bowl of spinach and I will eat 2-3 of these Cinnamon Sugar Baked Doughnuts! 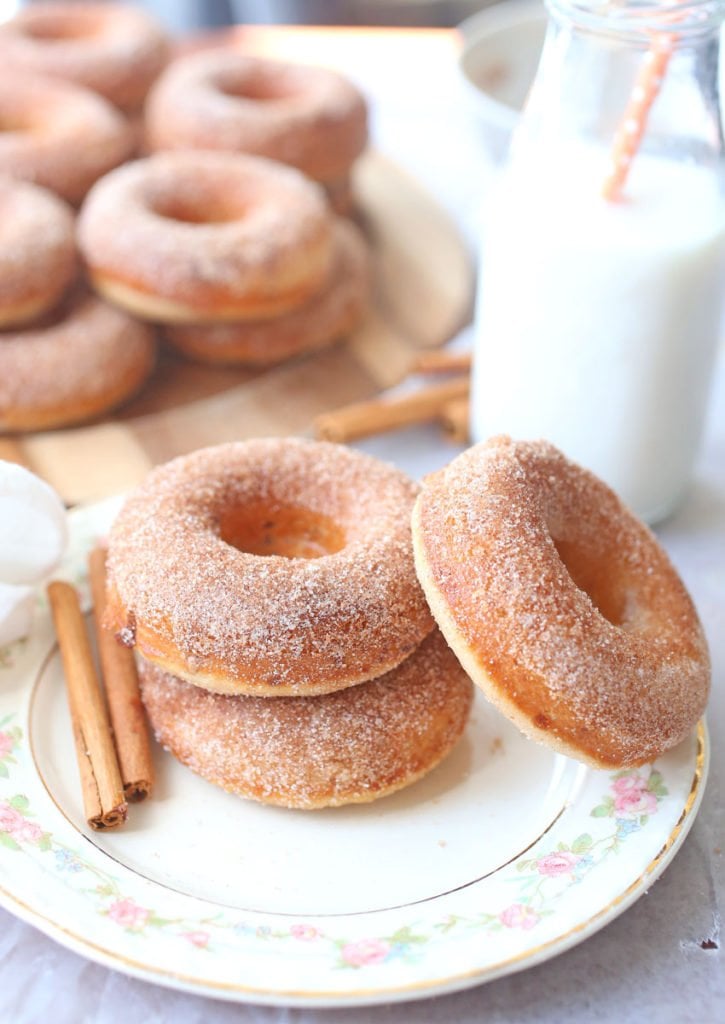 My absolute favorite doughnut shop is this place in Dayton, OH (my hometown) called the Donut Palace. 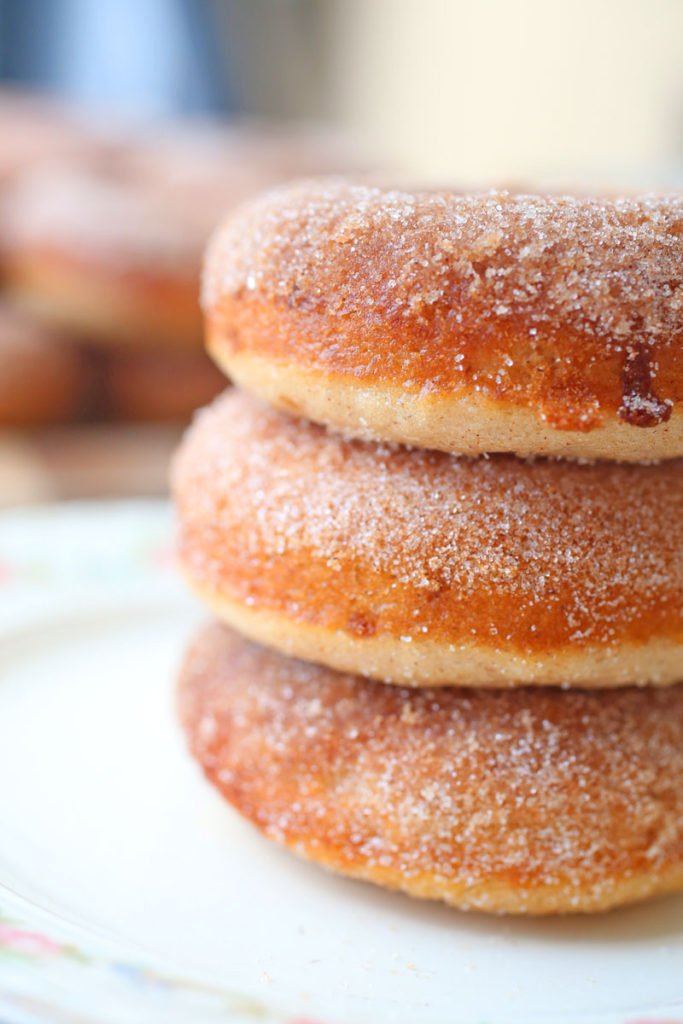 Back to the story: The Donut Palace, yes! I love this place. It is a hole in the wall that has, actually, recently expanded to a few more spots in the Dayton, OH area. Everyone who lives in Dayton, OH has had a doughnut from the Donut Palace, guaranteed. It’s something about their glazed doughnuts for me. They are light and airy and the glaze is perfect! They are at their best if you get there early in the morning, around 8 am because they just made their batch for the day so they are still kind of fresh. Mmmm…doughnuts (in my Homer Simpson voice). There are a few donut places in Cincinnati, OH that is good like Holtman’s Donuts (they are my second favorite) and Buskens Bakery. There is even a cute little doughnut shop in the suburban neighborhood, Fairfield, called Jupiter Donuts that is pretty good too! But there is nothing like my Donut Palace. I guess for sentimental reasons because I think if I were to push the emotions to the side, I would find that Holtman’s is giving them a run for their money. 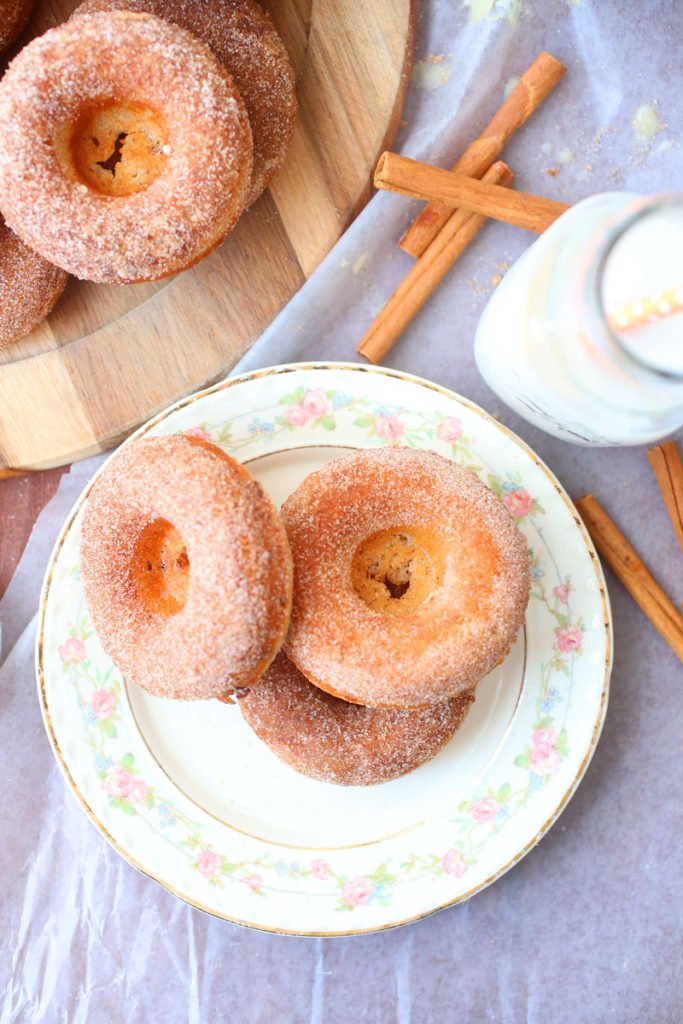 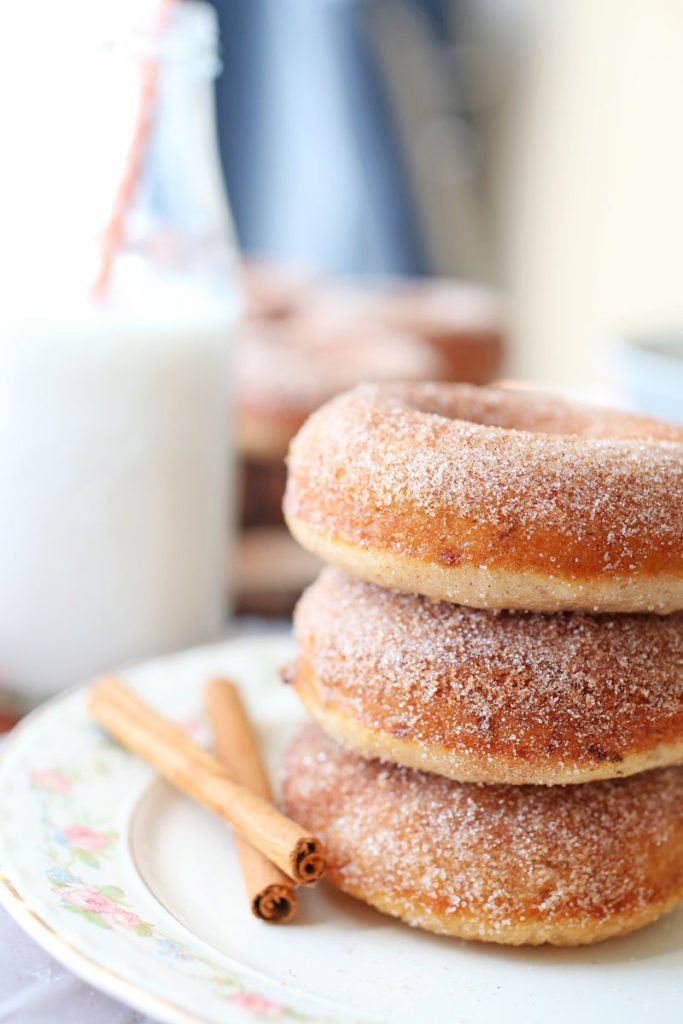 These Cinnamon Sugar Baked Doughnuts are easy and perfect for any morning breakfast! Bake the doughnuts and toss in cinnamon sugar!