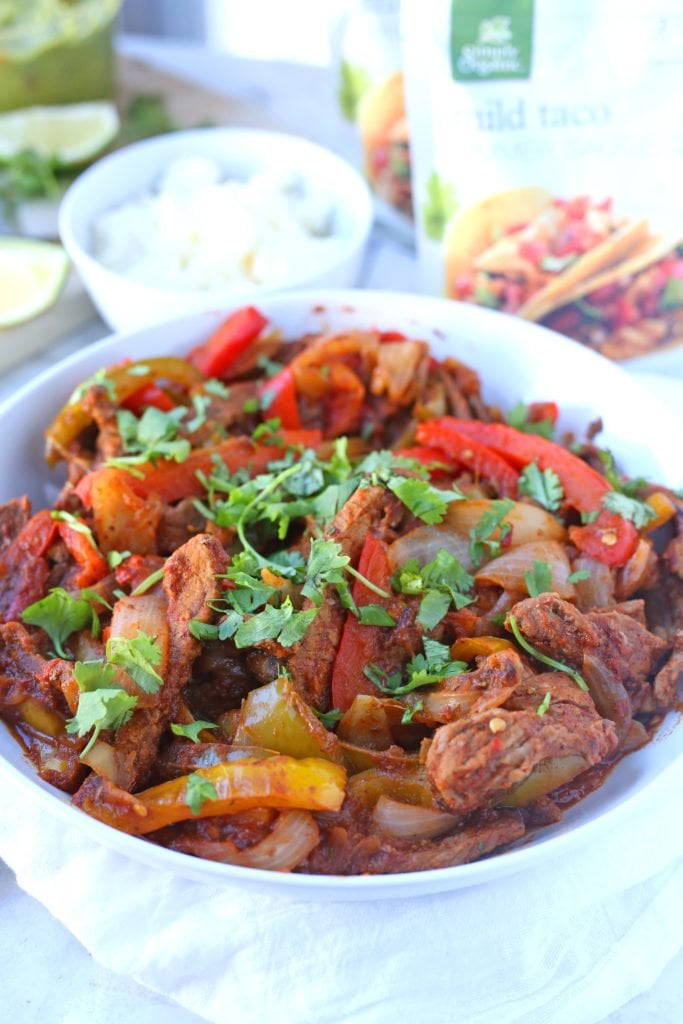 This Easy Beef Fajitas recipe is made using Simply Organic Beef Fajita Sauce. You don’t need anything else to give these Fajitas flavor!

Have I mentioned my husband has lost 27 pounds in 4 months?

Well, my husband has lost 27 pounds in four months!

I know! I am super proud of him!

He is losing weight by doing what we all should be doing which is, watching what we eat and working out. He doesn’t’ work out five days a week and eat super clean, he just limits his portion, substitute when possible, and move as often as he can. Because I do the cooking in the house the majority of the time, this poses an issue for me at times. Sometimes it is easy for me to put together a casserole (typically not healthy for you) or something that may have vegetables in it, but may not be considered healthy either.

It isn’t because I don’t care about our health, it’s just I want to make something that is fast and easy without really thinking about what is in my food these days. When you have a baby that keeps you pretty occupied, meals that come in a box doesn’t look so bad. Don’t worry, I haven’t given in to that level of temptation. But I understand how box skillet meals or frozen entrée dishes are so popular. With that being said, let me be the first to thank Simply Organic for providing us with a new alternative, which is their awesome simmer sauces.

Thanks to Simply Organic Simmering Sauce, this Easy Beef Fajitas recipe made with Ribeye Steak are possible! 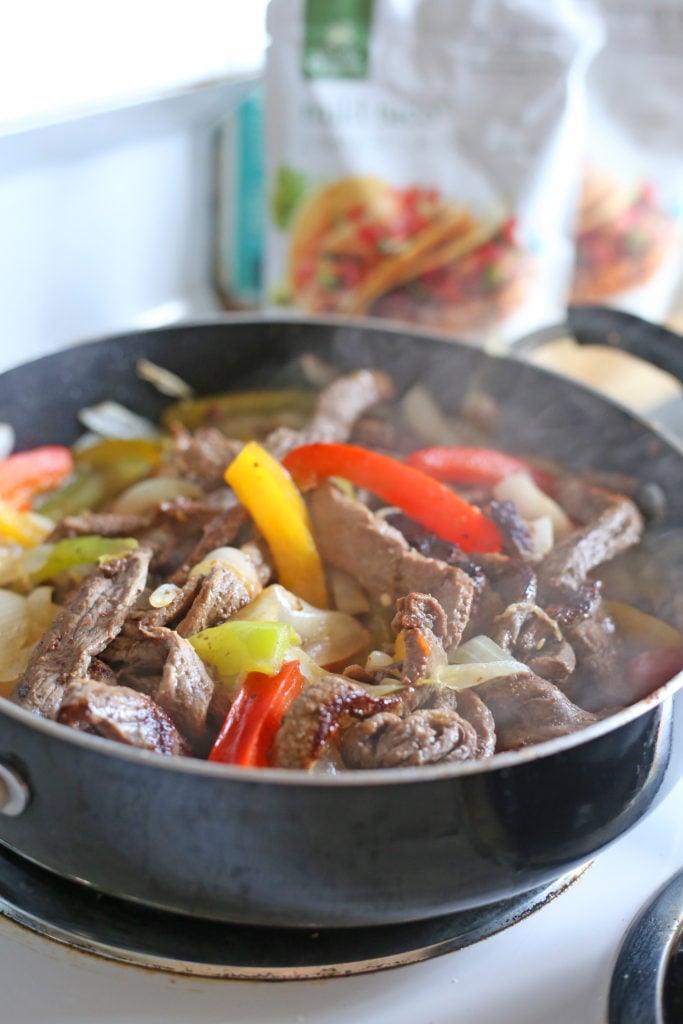 We have all had fajitas, right?

Beef, Chicken, or Shrimp, there is a good chance we all have had fajitas with one of these proteins. I am also willing to bet that the flavors and spices have been pretty much the same, right? Well with Simply Organic Simmer Sauces these sauces are made with real and organic ingredients, which includes green peppers, onions, ancho chiles, and cocoa! These sauces also contain the right amount of seasoning.

Simply Organic has sauces for tacos, enchiladas, and fajitas.

I decided to make fajitas but with another dose of flavor. Instead of using regular sirloin steak, I decided to use Ribeye steak! Yep! All of that fat surrounded by the Ribeye cut of meat, automatically adds delicious flavor on its own. I bought 2 Ribeye Steaks, cooked them, and sliced them up fajita style. Doesn’t that sound easy already?! Just the way Simply Organic makes the Easy Beef Fajitas recipe possible! 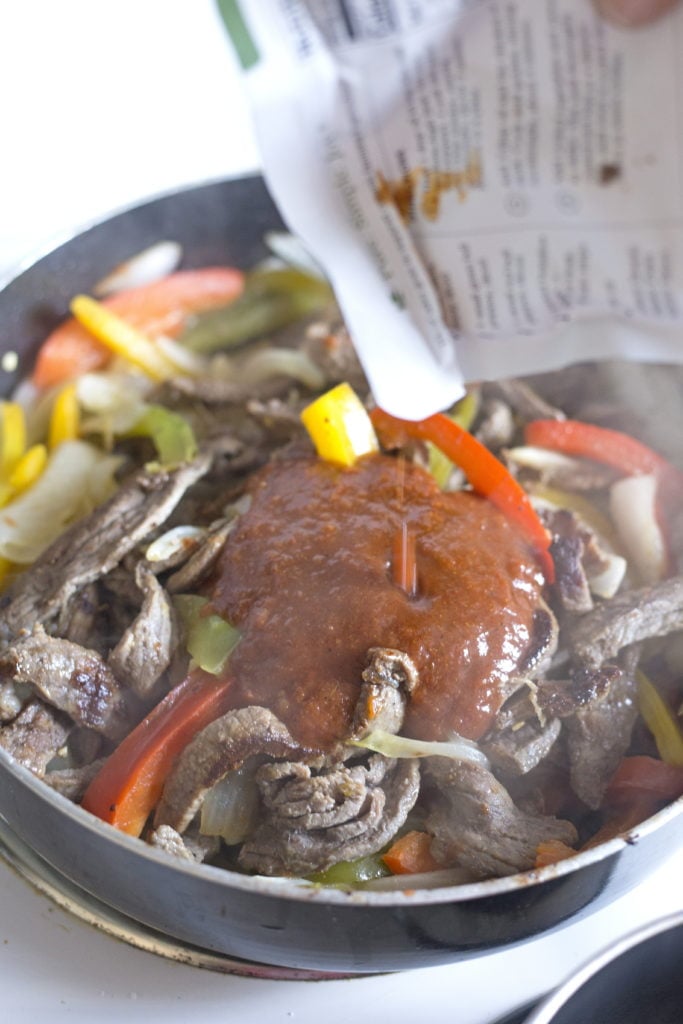 I guarantee that you will never look at fajitas the same after you try these Easy Ribeye Beef Fajitas made with Simply Organic Simmer Sauce. The fajita simmer sauce has a great chili flavor that builds after each bite and has notes of onion, green pepper, cumin, and smoked paprika (one of my favorite seasonings). Added with the flavor of the Ribeye, you can’t help but fall in love with these beef fajitas! 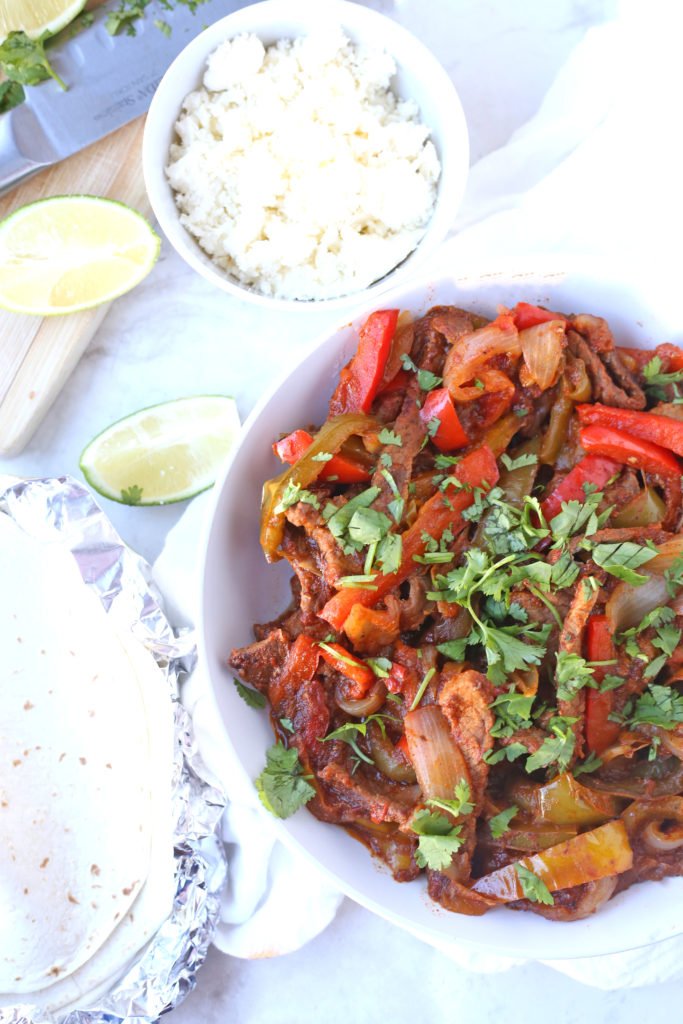 To learn more about Simply Organic and their simmer sauces, CLICK HERE!

These Easy Ribeye Beef Fajitas are made with Simply Organic Simmering Sauces! These fajitas have so much flavor from the Ribeye and the freshness from the sauce.