This is the Trifecta of fall Brownies!

You have Nutella, Pumpkin, and Brownies all combined in one making Pumpkin Nutella Brownies! 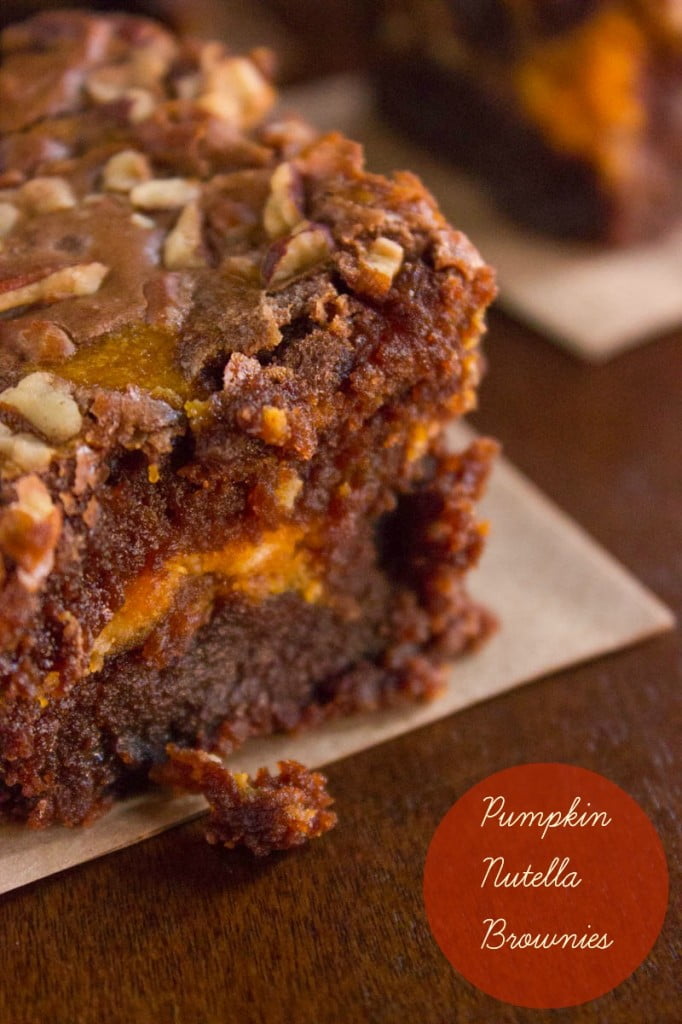 Let me think of a story to tell you that has absolutely nothing to do with these brownies. Why would I do that? Because I honestly, at this moment, can’t think of anything to write about. All I can think about is how good these brownies are and I have no story that is directly correlated with them to tell you. Therefore, I am going to tell you a random story about how I am so excited about my fall TV show line-up, which goes as follows:

Mindy Kaling is so “gangsta” to me. I love that she is a thick Indian girl who truly doesn’t give a crap about her weight. Well, I’m sure she cares somewhat about her weight but she isn’t trying to fit some type of superficial, skinny bitch, body image that isn’t her. I’ve loved her since The Office, which use to be apart of my fall line up, and I love one of the quotes that she used in her show where she said “Best friend is a tier, not a person”. That is so true!!! The Modern Family….there is nothing to say. I am completely comfortable in my sexuality when as I say this, “Sofia Vergara could get it”. Not really, but if I could give it, she would get it. Ha! I just made a funny rhyme.

Okay, okay enough of my blog rambling. If anyone from these shows happen to read this, just know that I love you and I would totally makes these brownies for you if you were to invite me to your set. I would make these for you every day of the week if you asked me to. Oh, how awesome it would be to meet the two queens of comedy, Zoey Deschanel and Mindy Kaling, and be in your shadow of comedic genius; To be the token black girl in the Modern Family and play Gloria’s adopted sister who helped her escape the cartel in Columbia; To fight and kill a few zombies in The Walking Dead; and to play Kerry Washington’s sister in Scandal. The Bates Motel…..I really don’t know where I would fit in. I just enjoy the show. I enjoy these shows almost as much as I enjoyed these Pumpkin Nutella Brownies. 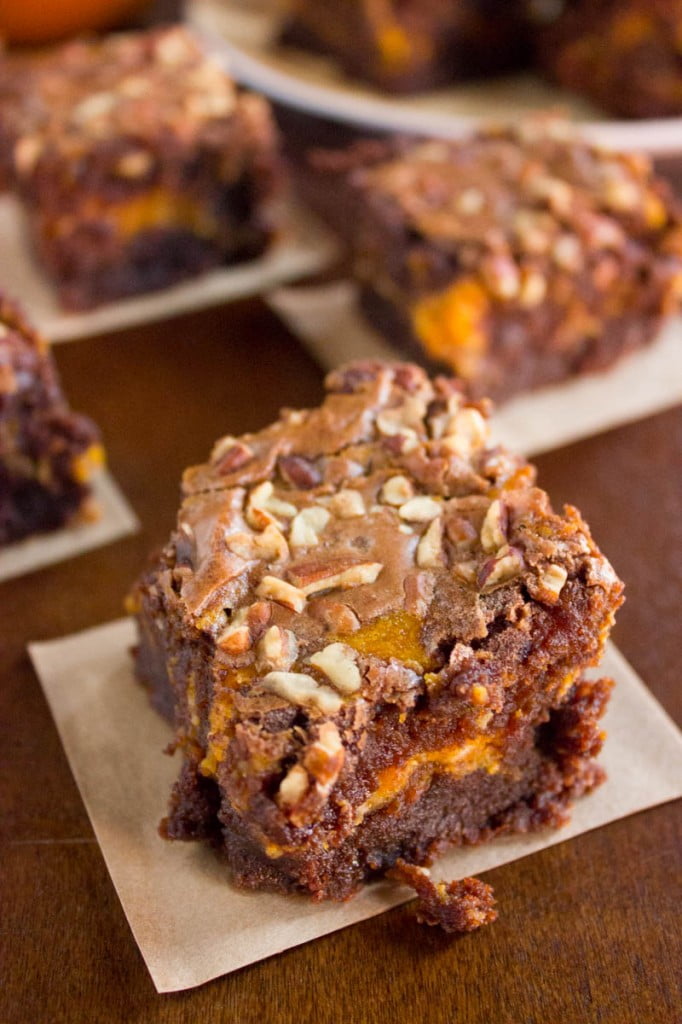