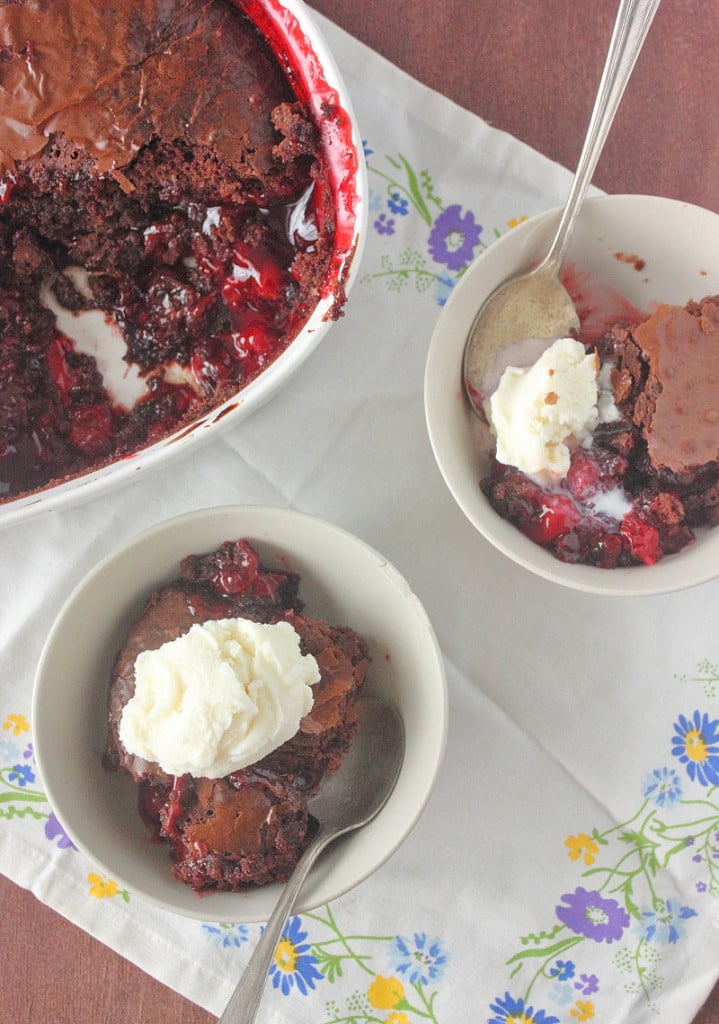 Brownie Cherry Cobbler Recipe. Why didn’t I think of this sooner?!

You know what I think? I think the most amazing food combinations are the ones that are so simple and so obvious that it is only obvious when it is pointed out to us. Like french fries and a Wendy’s frosty’s, chocolate and pretzels, peanut butter and jelly, and chocolate and salty pretzels. Do you see how simple and obvious those pairing are? I already know that I don’t have to explain to you how delicious these combinations are, right? The only hope I have now is that I am not alone in recognizing the amazing-ness in these food pairings. I remember the first time my husband saw me eat French Fries with a Wendy’s frosty, he thought I was pregnant, because no sane non-pregnant woman would eat that combination. He just doesn’t know how to eat. 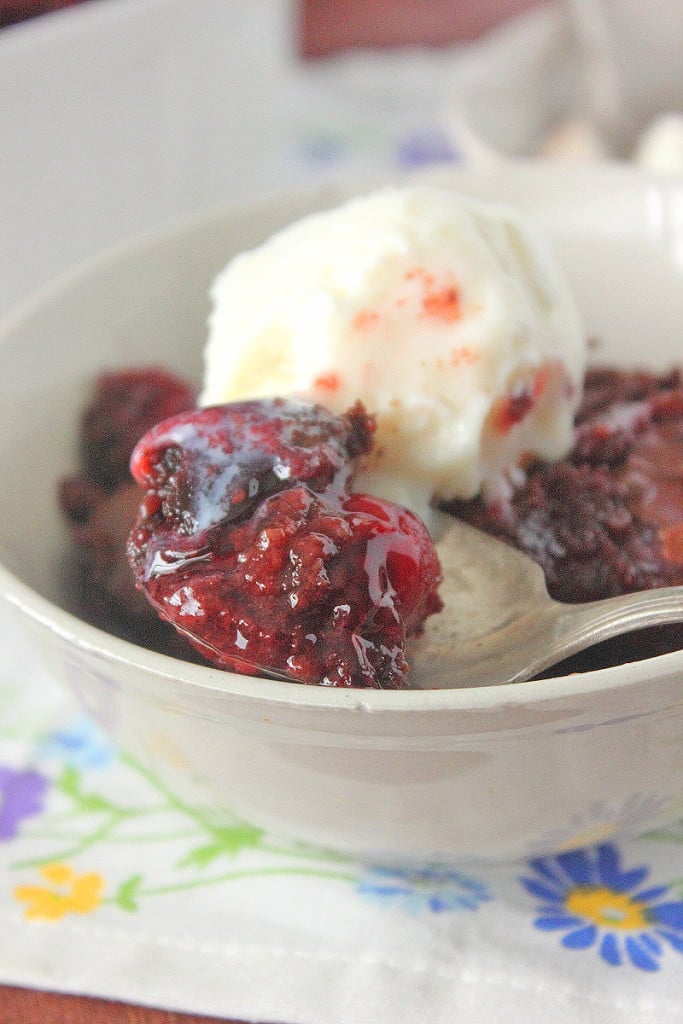 I know when you read the title of this recipe you went through a range of thoughts like “what”, “huh”, “how”, and “really. You don’t have to admit it because I can admit to the fact that I did. When the thought came to my mind I had those same range of thoughts. But, I just had to try it out. I just had to put it to the test to see if it made sense. Because I wasn’t sure if this Brownie Cherry Cobbler Recipe was going to come out good, I decided to take the easy route and purchased a box Brownie mix and canned cherries. You know something? I am so glad I did it that way because it was super easy and I didn’t have to worry about waisting too much money and valuable ingredients if it didn’t come out right. It came out perfect! 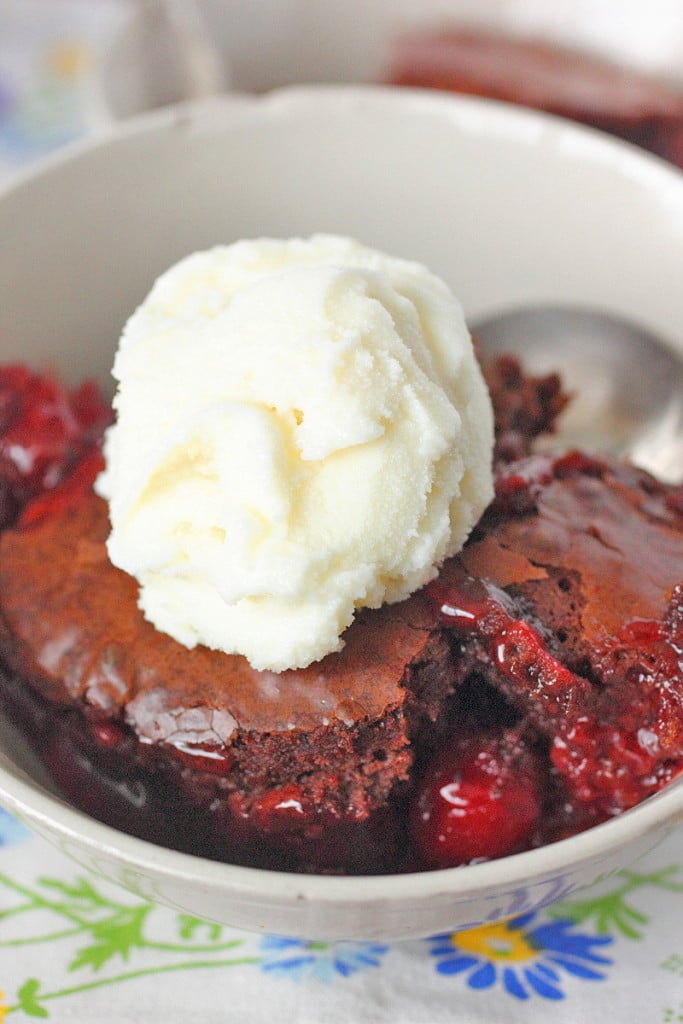 I honestly thought it would taste weird. To my surprise it didn’t. The Brownie Cherry Cobbler Recipe tasted like it was supposed to be made the way it was made. Oh! Did I mention that this cobbler has a crust made from Brownie Brittle crumbs? I had a couple of bags from a giveaway I did some time ago. The crispness of the crust, the tartness of the cherries, and the moist and chocolate just WORKS! Adding a scoop of vanilla ice cream to this trifecta of a good time makes this cobbler…sin. I know you don’t believe but I really want you to try to trust me on this one. I have had you guys try many things that doesn’t always make the most sense and I hope I never disappointed anyone. Who am I kidding? You guys love me. After trying this recipe, you will love me all over again.

This recipe give a whole new meaning to cobbler. Brownie Brittle Crust topped with cherry filling and layered with brownies as the crust. Super amazing combination.