My man loves this dish! 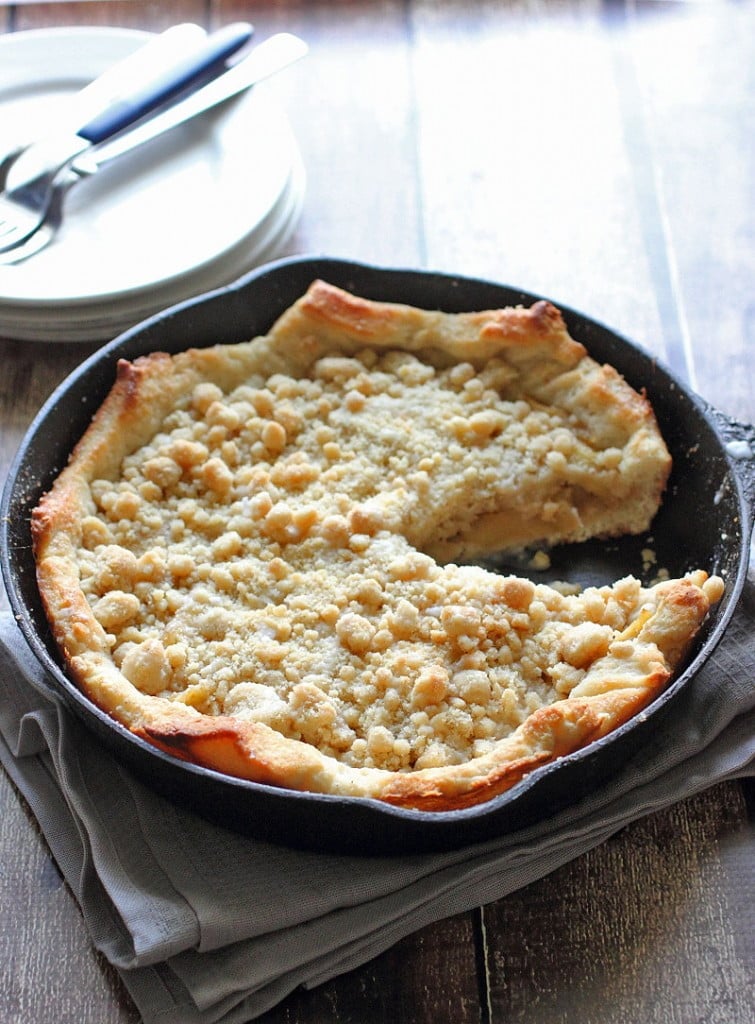 I have wanted to make something deep dish for a while now. I just couldn’t figure out what exactly. Although I do plan on making a deep dish pizza with real pizza sauce, cheese, and meat someday I wasn’t in the mood to make that. I wanted to make something special and sweet. Of course I did, right? It is only natural for me to want to make something that is more on the sweet side than the savory side. I don’t know why. Maybe it’s because sugar recognizes sugar? No? Oh well, I thought it was kind of cute. Now, back to the pizza. 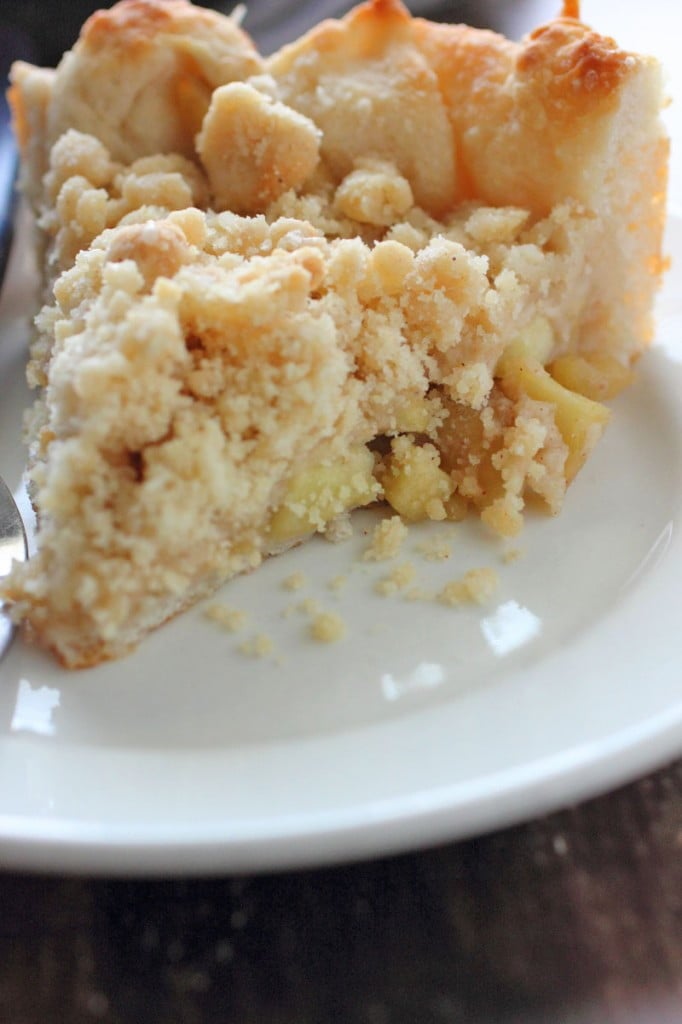 I truly didn’t know what I was doing when I went into the kitchen. Like, in all seriousness. I just had an image in my mind, had an idea, and went into the kitchen a complete blank canvas. That is the best way to cook and bake, I think. I know some wouldn’t agree about the baking part of it, but if you at least understand the science part of the recipe (i.e. baking soda, baking powder, liquid, dry ingredients) down then you can go in and practically do whatever you need to. Sometimes the best creations comes out of the worst mistakes. If this apple pizza is a mistake then I made a wonderful creation because this pizza is amazing! 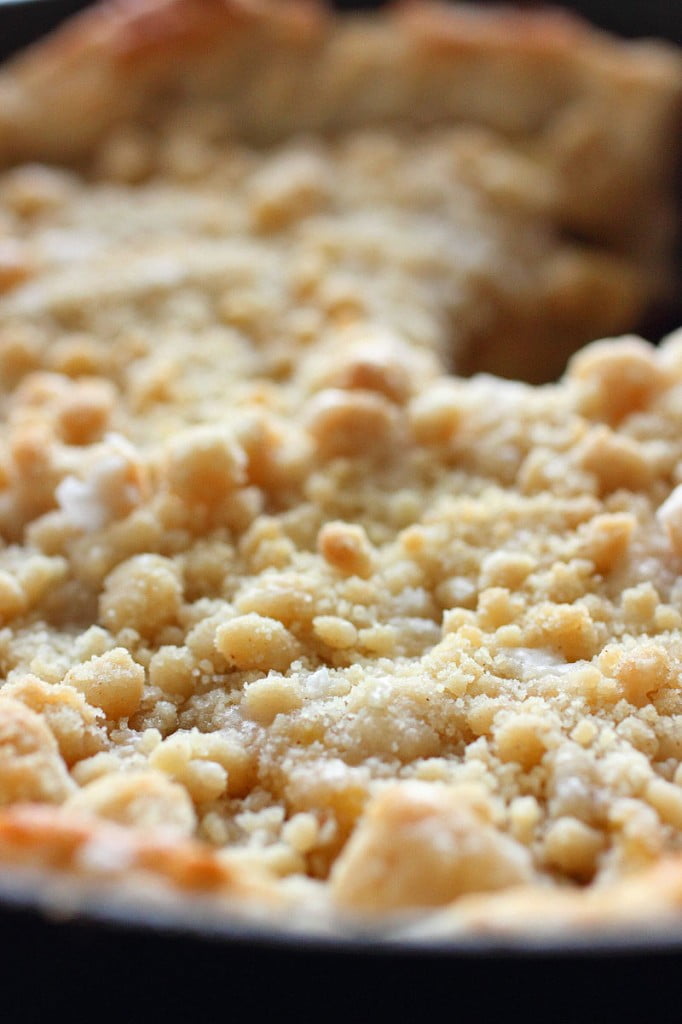 I mean, look at the topping! I could just sleep there. This Deep Dish Apple Pizza isn’t too sweet, there is some tartness from the apples, the crunch from the topping gives it texture, and the pizza dough is soft and awesome. I know some of you were wondering how this dish works with using real pizza dough. It works amazingly. You know what this pizza puts me in the mind of? Apple Dutch Pie but instead of having a buttery crust you have pizza dough. Raheim (my man) says I should make this for the holidays. He was pleasantly surprised at the flavor of the pizza and said to me “This is the best thing you ever baked”. Really? The best thing? You should make it tell me what you think. Is it the best thing I ever baked? 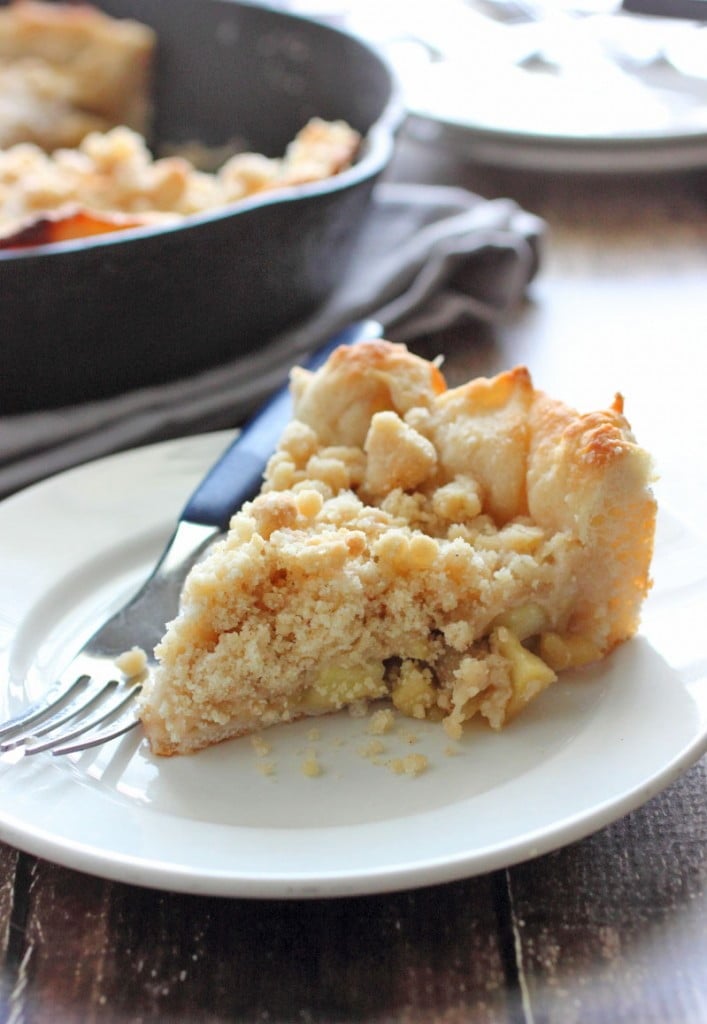