Sometimes, you just got to try something different, you know? 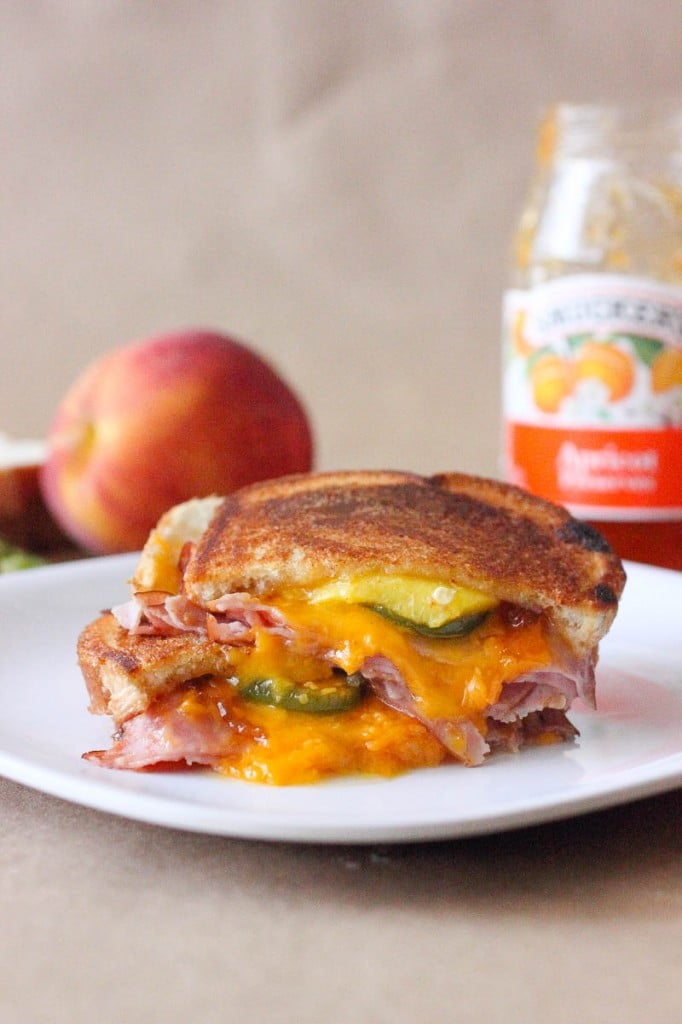 Excuse me while I go crazy over peaches. Its my absolute favorite summer time fruit. Heck, it just may be my favorite piece of fruit in general. I love peaches that are just ripe and juicy and sweet and….LAWD HAVE MERCY! Peaches are just awesome! I think my love for peaches go back to beginning of time for me, well not the beginning of time, but when I was younger my aunt lived in Georgia and I stayed with her for an entire summer. I was told if you were to look at the Georgia sky at night it would look like a bowl of peaches. Don’t you know I actually believed it? Yes, I believed that the sky looked like bowl of fruit depending on the state you were in. Now that I am older I know that sounds ridic, right? But as a kid, I fell in love with peaches with that image in mind. 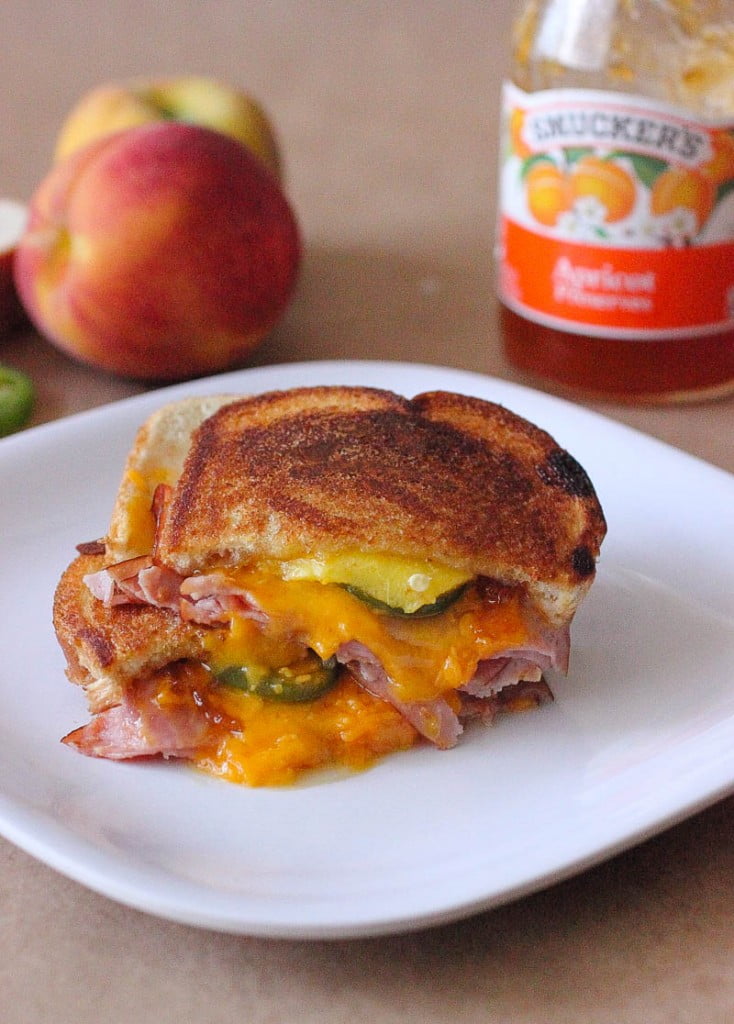 How did I come up with this idea of a grilled cheese sandwich? I absolutely have no idea. I thought the saltiness of the ham, combined with the sweetness of the peaches, and the spiciness of the jalapeno all between crunchy bread with an awesome cheese would make for a fun and exciting way to have a grilled cheese sandwich. I mentioned this idea to my fiance and he looked it me, probably the same way you looked at this picture. He wasn’t too sure about the concept but was willing to try it. so I must have made 3-4 grilled cheese sandwiches to make sure I got it right. I served him one of these sandwiches (with turkey because he doesn’t eat pork), he bit into the sandwich and the first bite he was still searching for his opinion. He took a second bite and what filled my heart with delight as looked at his face was a slight smile that emerged upon his face. “Is that a smile I see?’, I asked him. He looked up at me and said, “Yo, I think you are on to something. This is good!” I did my “pimp walk” as I walked away with confidence. 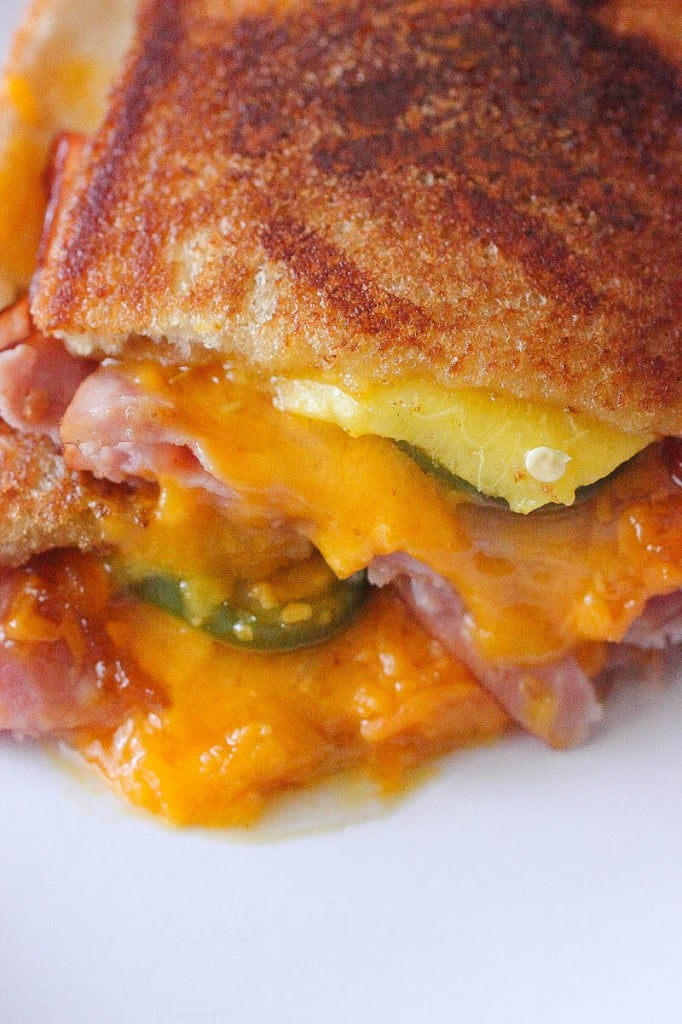 Now, you have another idea you can use those left over peaches for! Think beyond peach cobbler, peach tea, peach cakes, or whatever. When you have fruit think grilled cheese sandwiches!