You see that palm tree? That is the symbol of Miami.

A couple of weeks ago, I went to Miami for the 2014 BlogHer Food Conference. Let me just say, it was one of the best experiences of my food blogging career thus far. I was finally able to  meet some of the bloggers of the food blogs that I follow, which was a real treat for me. I also was able to network with some of the sponsors of the conference such as KitchenAid, Aldi, Cascade Ice, and more! I don’t even want to talk about the free treats I was blessed with. I will be hosting giveaways of some of the favorite snacks I enjoyed at the conference for weeks to come. There is so much more to mention but I want to get right to the fun stuff!

One of the best things about Miami that I loved was the diversity. Miami is filled with people from different parts of the world. Mostly from Cuba, other parts of the Gulf of Mexico, and Latin America. I loved listening to the different accents and dialects of the people I met. Probably because I live in Ohio and its mostly black and white with little diversity. Therefore, any experience I can get that I can’t get in Ohio I soak up. I was enjoying the heat, the culture, the hotel, and most of all the food! 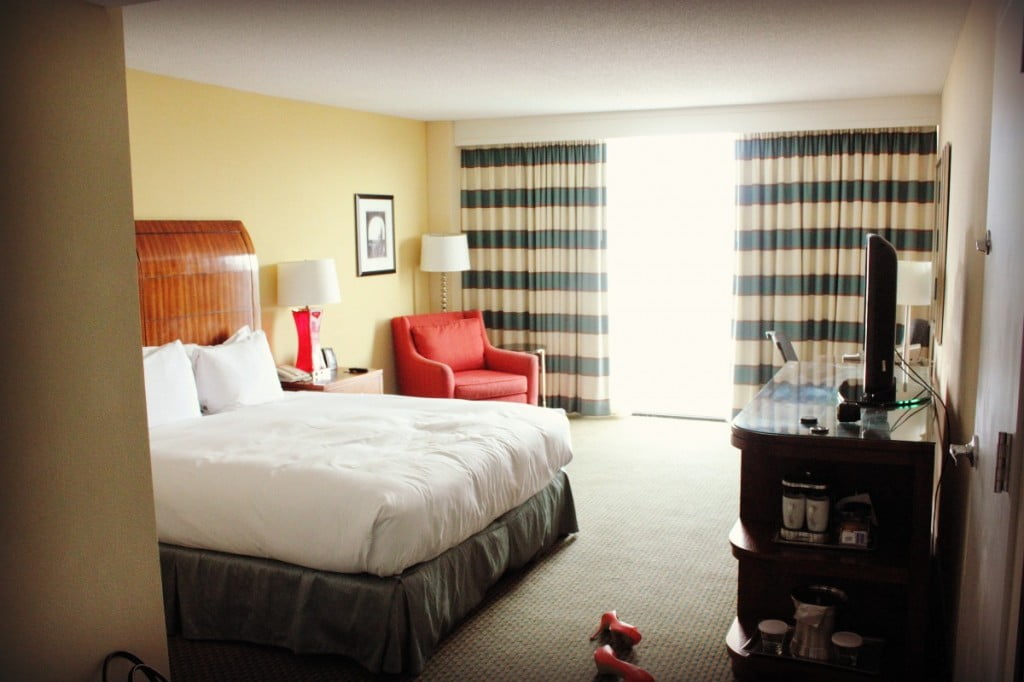 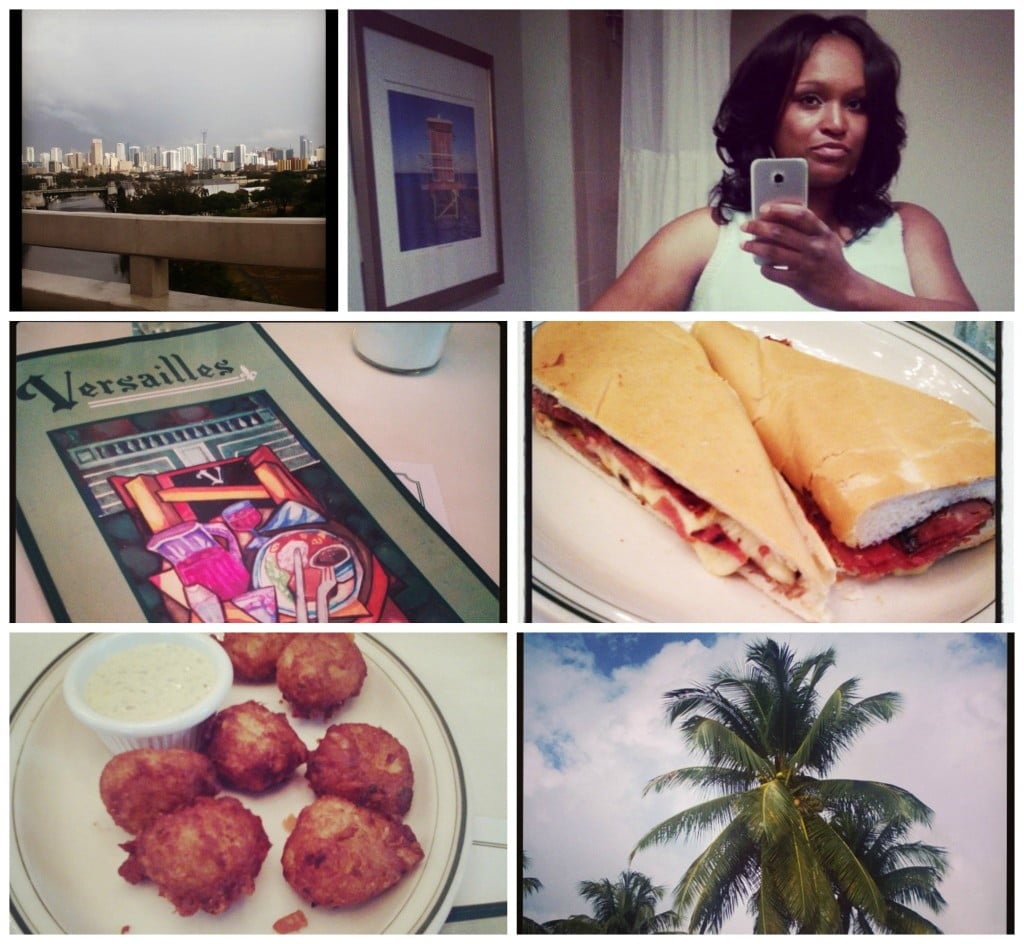 The first night I went to an authentic Cuban restaurant called Versailles. I know what you are thinking? “You went to a Cuban restaurant called Versailles?” Weird huh? For those who don’t understand why its weird Versailles is a royal chateau in France. So for a Cuban restaurant that doesn’t have a connection to the French ( that I know of) is kind of strange. However, the food was amazing! I wanted to try food that I could not get in Ohio. The appetizer that I tried were Cod Fritters with Cilantro Sauce. The fritters were filled with salted cured cod-fish, which I never had. Yes, the fritters were salty but they were awesome! For dinner, I wanted to try the infamous Cuban Sandwich. The Cuban Sandwich isn’t just a sandwich because of one key ingredient, which is the Cuban bread. I love it. It has this hard exterior and a soft interior once you bite into the sandwich. It was awesome. What I really want to tell you about is this awesome food tour that I took in Miami that I highly recommend.

During my stay in Miami, I went on the “South Beach Food Tour” where you try awesome food and learn a bit about the history of Miami in the process. I highly recommend the tour if you live or are planning to visit the Miami area. You get to try some awesome food such as fried yucca fries, ceviche, churros, gelato, and plantains. Below are some of the pictures of the food I tried. I don’t remember the name of everything I do have the name of the restaurants in case you are wondering.

By this time I was too full to eat this entire thing. Although I do not remember the title of this sandwich, what I will say is that it was awesome and very tasty.

The Miami South Beach Food Tour was amazing and I highly recommend it if you find yourself going to Miami in the future.  In addition to meeting other food bloggers and going on the tour, the best part of the entire trip for me was meeting this woman below.

She is super humble and down to earth. I met her at the close out party and she stayed and danced the entire night with the rest of us. She wasn’t over the top or “diva-ish”. She was just like anyone else.

Overall, I had a good time in Miami and I look forward to visiting again in the future. I definitely will be taking that “Miami South Beach Food Tour” again. For more information on the food tour click here!