Have you seen the movie Labor Day? If you haven’t it is now out on DVD, Blu-Ray, and Digital. Check out this scene from the movie.

Ladies I know what you are thinking, “Josh Brolin is one hot and sexy man in this movie”. When I did my interview with Joyce Maynard, she described this scene as the equivalent to the pottery scene in the movie Ghost. Oh yes, there is something sexy about a man making pottery with his hands, but there is something EXTRA sexy about a man in the kitchen, getting his hands dirty with ingredients, and baking a pie. WHOA CHILD! Any way, back to Joyce. 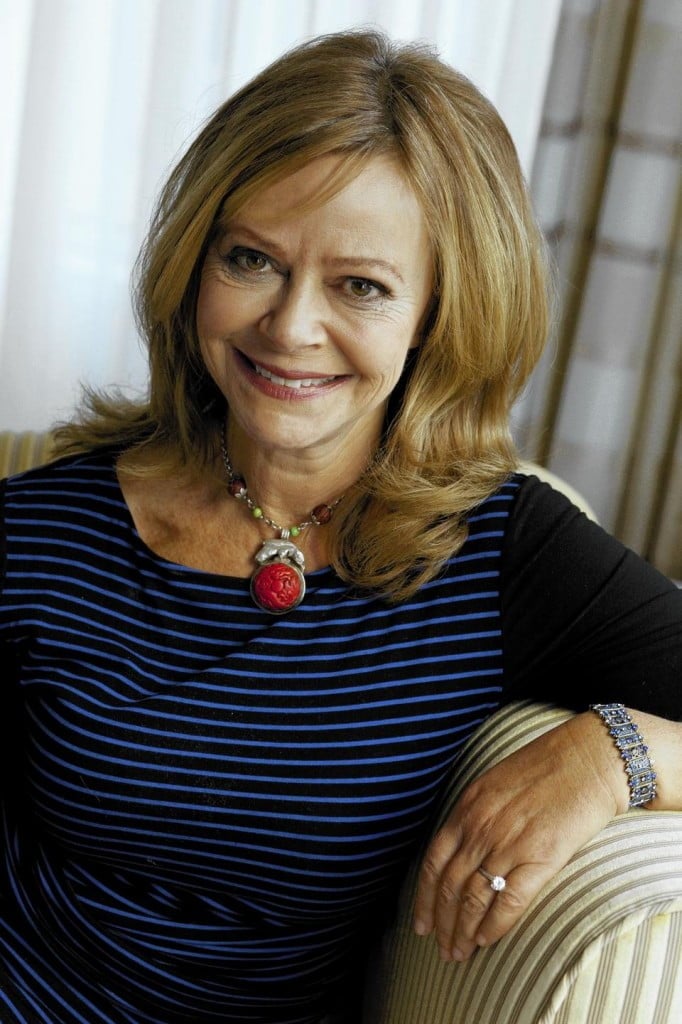 I was given the opportunity to interview Joyce Maynard and discuss  her book turned movie, “Labor Day”.   I had seen a clip of Joyce making a pie and I remember thinking how cute she was, but I never thought I would be given the opportunity to actually speak to her. She is such a delight! If you are not familiar with Joyce, let me give you a quick run down of the accomplishments this woman has made in her career:

Oh yea. She is a pretty big deal. When I was blessed with the opportunity of speaking with her I didn’t know how big of deal she was until I researched her further. I just thought she was a famous pie maker that traveled the world teaching people how to make pies. Oh yea, she does that too. In any case, Joyce has been blessing the world with her gift of writing enthralling essays and books for years. It is only right that one of her books became a movie. 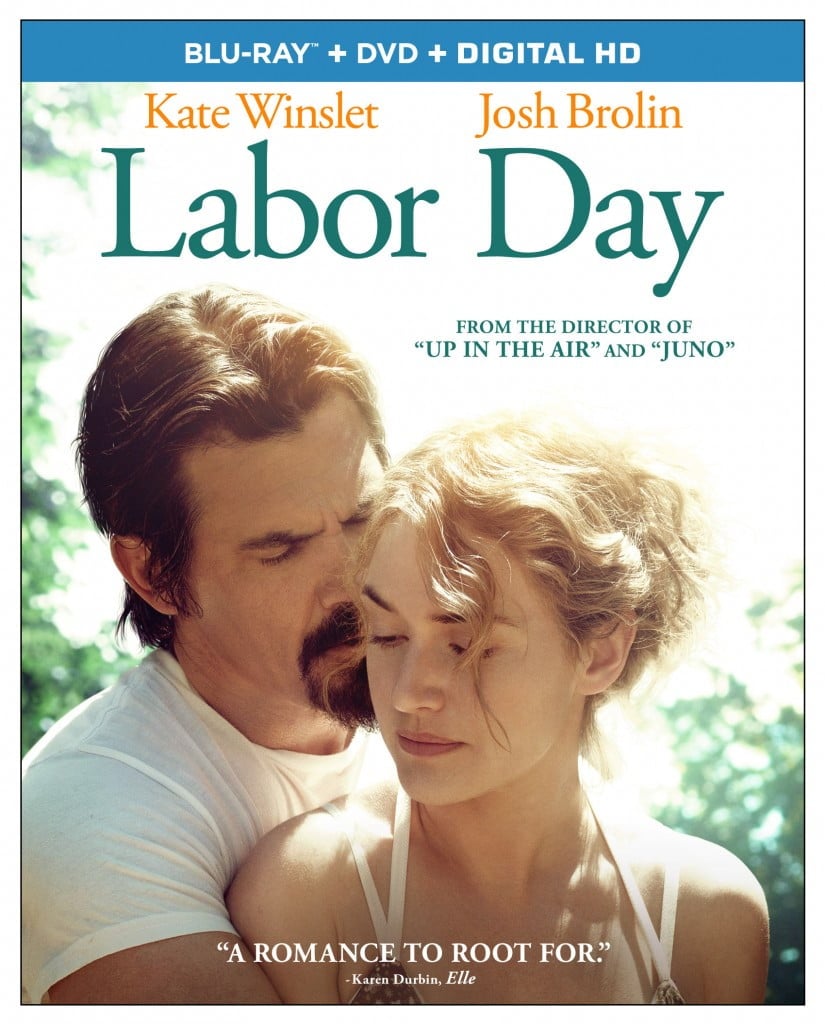 Labor Day is a love story between a single mother and an ex-convict that meets while he is on the run. I asked Joyce how she came up with the concept of writing Labor Day and she said that she wanted to write a good love story of an unlikely love that isn’t suppose to happen. She also disclosed that there are a few similarities between her personal life and the character that Kate Winslet plays. The movie centers on the perspective of Henry Wheeler, the 13 year old son of Adele (Kate Winslet’s character).  His perception of his mother provides the image that she is a hopeless romantic that exists in a world where life denies her of every happiness, while her only salvation for living is her son (you will understand this more in the movie). You can tell that Henry has a strong sense of responsibility to his mother and wants to see her happy. However, when the family meets Frank (Josh Brolin’s character), a convict on the run, he seems to bring peace, stability, and reawakens Adele’s heart to believe in love again. The movie is a beautiful cascade of emotions that is displayed between the characters of Adele and Frank. You will smile, you will gasp, and you will cry. The entire time you will be craving a peach pie.

I was curious how the critically acclaimed writer, Joyce Maynard, got into making pies and teaching the process to people across the country. Joyce began to tell me the story of how her mother was a great pie maker and was known for her pies. When Joyce was 35 her mother was diagnosed with cancer. With wanting to spend every possible moment with her mother, they both began making pies together. Because they were both were so in love with making pies, they began teaching people how to make pies in their neighborhood, and next thing you know Joyce was teaching thousands of people how to make pies. Joyce described pie making as comforting. While talking with Joyce and being completely “star struck” I learned that her and I have something in common. One thing that Joyce said that I identified with completely was “homemade food is a gift of love”. There is something nurturing about making food with your hands, with fresh ingredients, from your own kitchen to share with those you love. Some people give gifts, but people like Joyce and I make food. 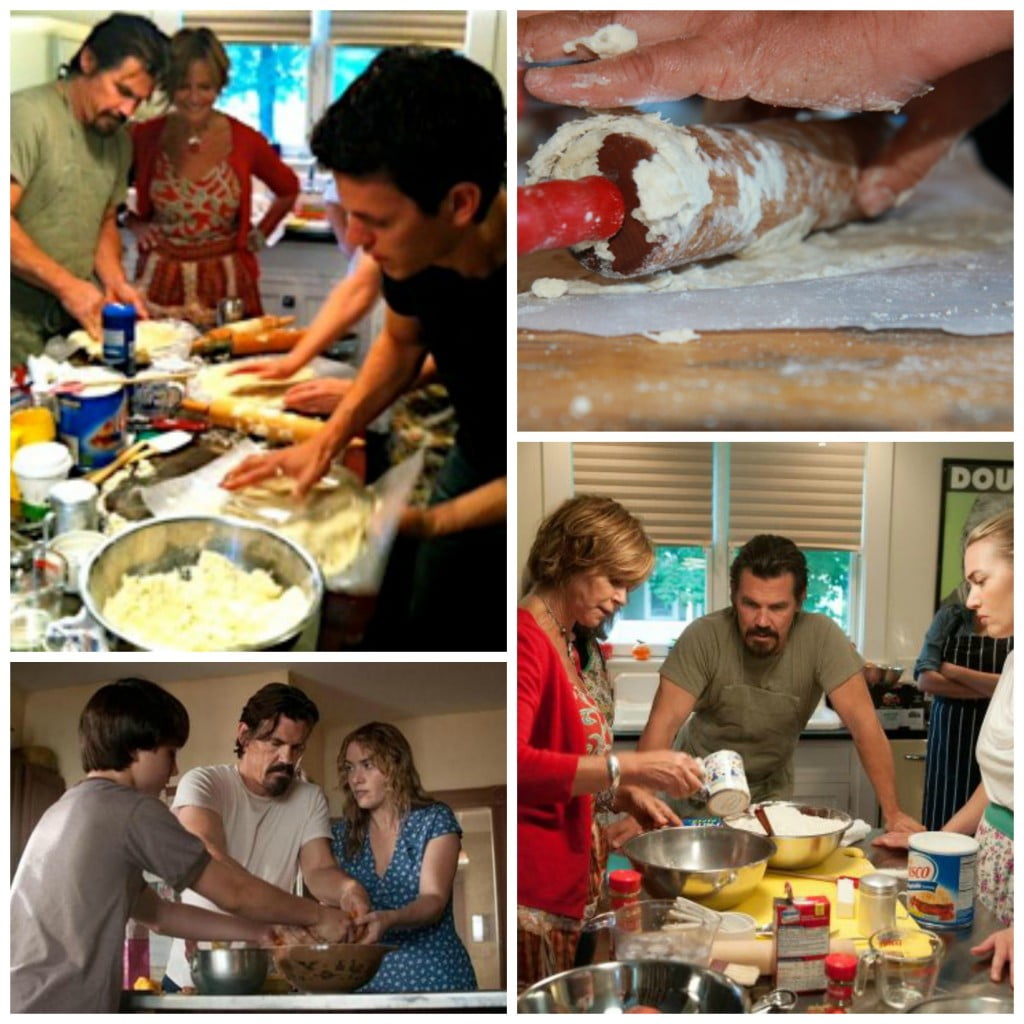 In the spirit of giving love and making pie, I am giving away a FREE DVD/Blu Ray Combo Pack copy of the movie Labor Day to one hopeless romantic out there. This movie would be perfect for a date night at the house. You and your mate can make this exact peach pie recipe together and watch the movie. How cute would that be?! I want to thank Joyce for allowing me to speak with her. It was an absolute honor and a moment I will always cherish. I must say, this peach pie recipe is very easy and very, very delicious! 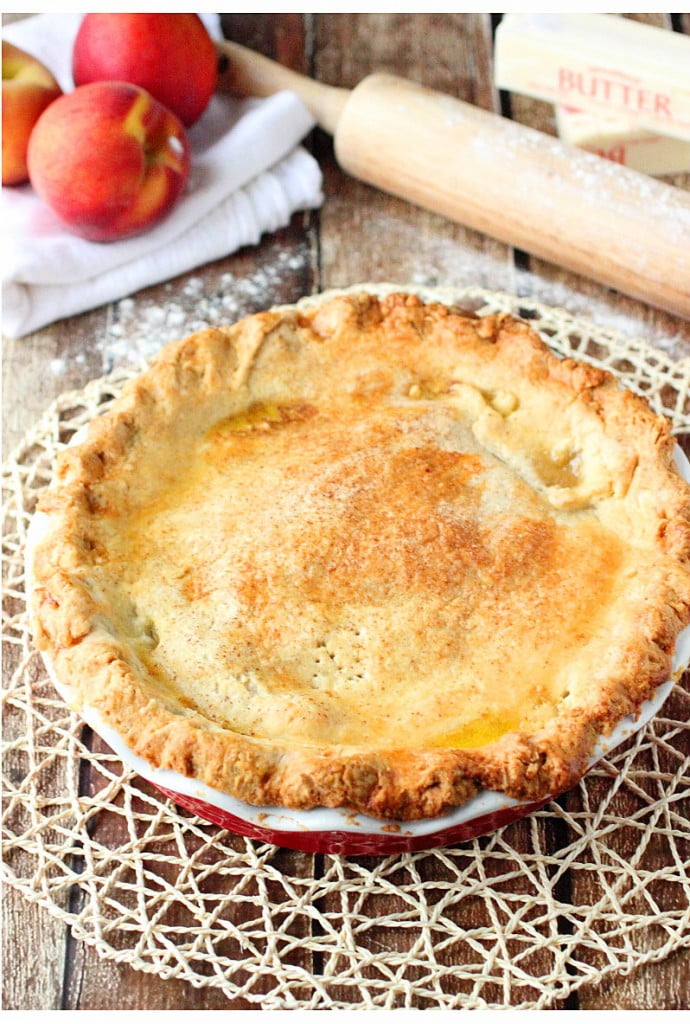 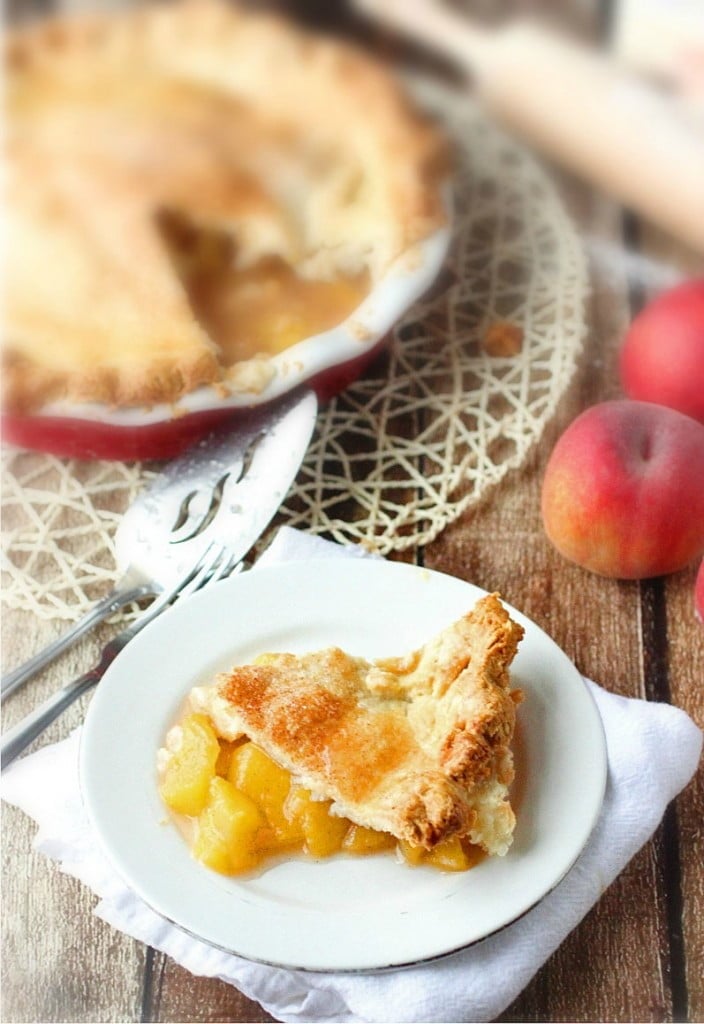