Yea…..I know. I have issues and I need to stop. But these Maple Pecan Cinnamon Rolls are amazing! 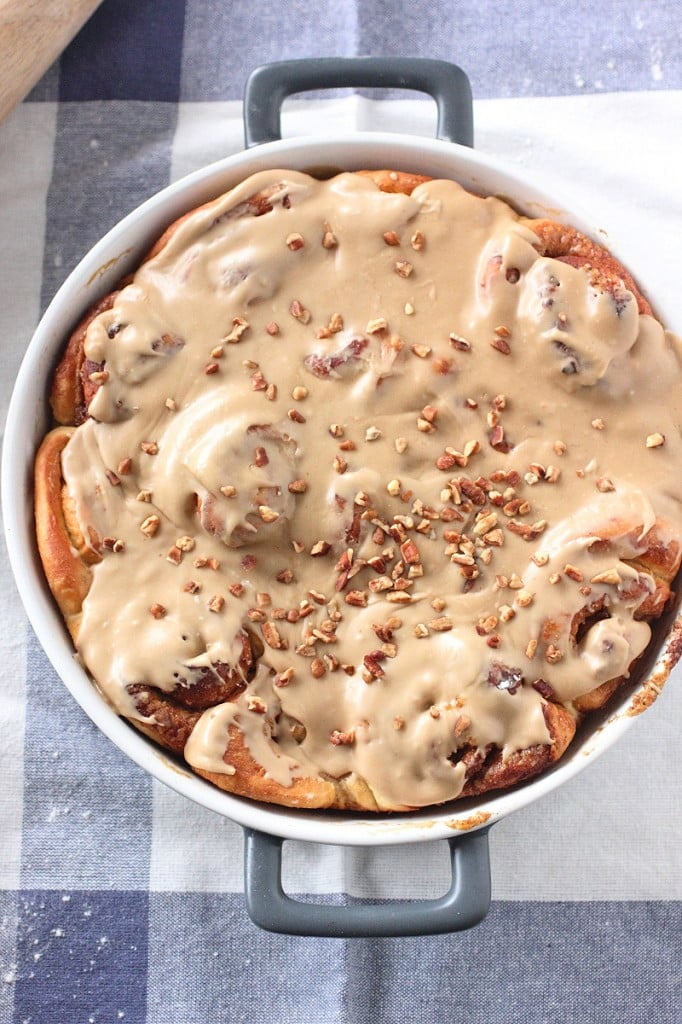 You will be pleased to know that as soon as these cinnamon rolls came out of the oven and I tasted them and gave them away the same day. There is no way in foodie hell that I could keep these in my reach and not eat the entire pan. I mean….LOOK AT THEM! They taste as good as they look. They really do. I wish I didn’t come up with this recipe because it is so easy that you can make them over and over. But, if I were to do that then every week I would have to start a diet over and over and I will never get anywhere in life. At least, never reach a comfortable weight goal. That is what my husband is going through right now.

You see, my husband really started working hard at losing weight at the beginning of the year. February to be exact. Since then he has lost 35 pounds. I wish I had what he had. Since I had the baby, I just don’t feel like working out. But back to my husband, because I am a blogger and make whatever comes to mind, healthy or not, it doesn’t always benefit him and his current weight loss goals. You can only imagine his reaction when I made these Maple Pecan Cinnamon Rolls. First of all, I have not made these cinnamon rolls in 2-3 years. I am so glad that I haven’t because they are TOO DAMN GOOD! We couldn’t stop picking at these cinnamon rolls. They had to go or he would’ve picked up all of his weight and I would’ve helped him. 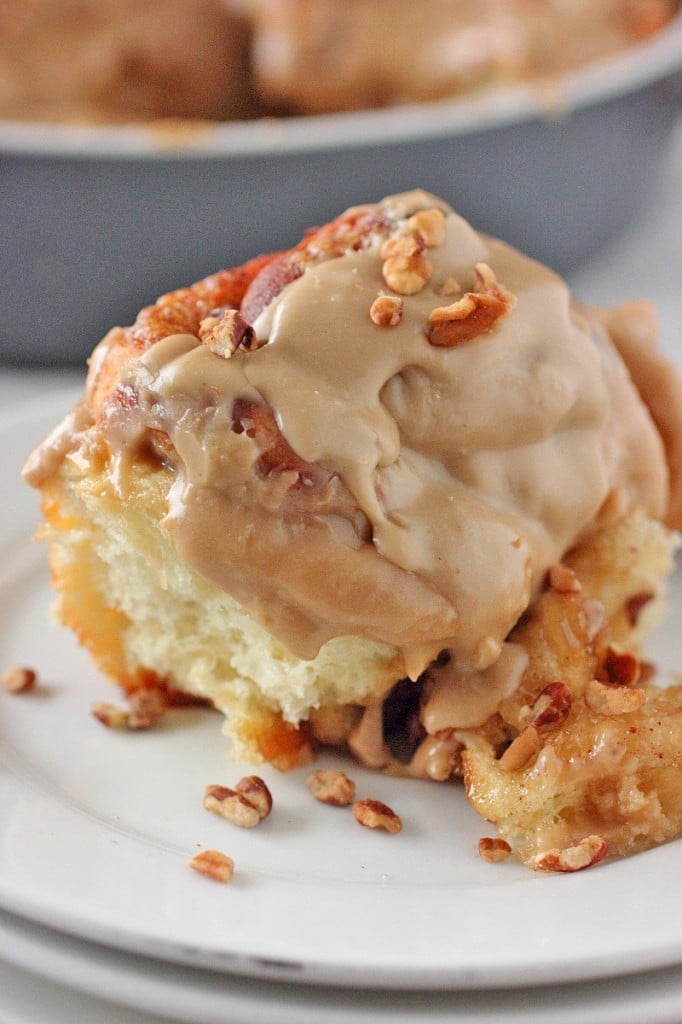 I promise,  maple, cinnamon, and pecans are the best combination in any form. Especially, when the flavor is smothered on top of warm cinnamons rolls. Oh yeah. There is something about the taste of maple. It is a comforting deep flavor. If it made sense I would add maple to more of my dishes. Now, I’m thinking what else I can add the flavor too. How about something savory? Hmm, maybe I am reaching and thinking too much. Let’s just keep the maple focus on these cinnamon rolls. I gave them away to a co-worker of my husband. He texted him later that night and said how amazing they were! I also think that he ate most of them the same night too. That is something serious because I only allowed myself to have a small piece (not even a half). h well. He’s young and skinny. Yea, he is one of those people that can eat a ton of food and you can’t tell. I can’t stand people like that.

What makes these cinnamon rolls not only delicious but easy is the use of Pillsbury’s Hot Roll Mix. I sometimes get intimidated by making a dough with yeast. I don’t know why I just do! But Pillsbury’s Hot Roll Mix is always a sure thing. The dough rises each and every time. Whereas, there have been times where I have made the dough and it hasn’t always risen. In fact, I have used Pillsbury’s Hot Roll mix in my Bourbon and Pecan Sticky Buns Recipe and Peach Sticky Buns recipe as well. It’s just so easy to use. The mix is perfect for making cinnamon rolls any day. Anyway, this cinnamon roll recipe is perfect for Sunday mornings. They will fill your home with the awesome smell of cinnamon, brown sugar, and maple. Enjoy over coffee or tea and get ready to go right back to bed. These cinnamon rolls are perfection! Soooooo…make them.

This cinnamon roll recipe is made with Pillsbury Hot Roll Mix and topped with a delicious maple glaze and chopped pecans!