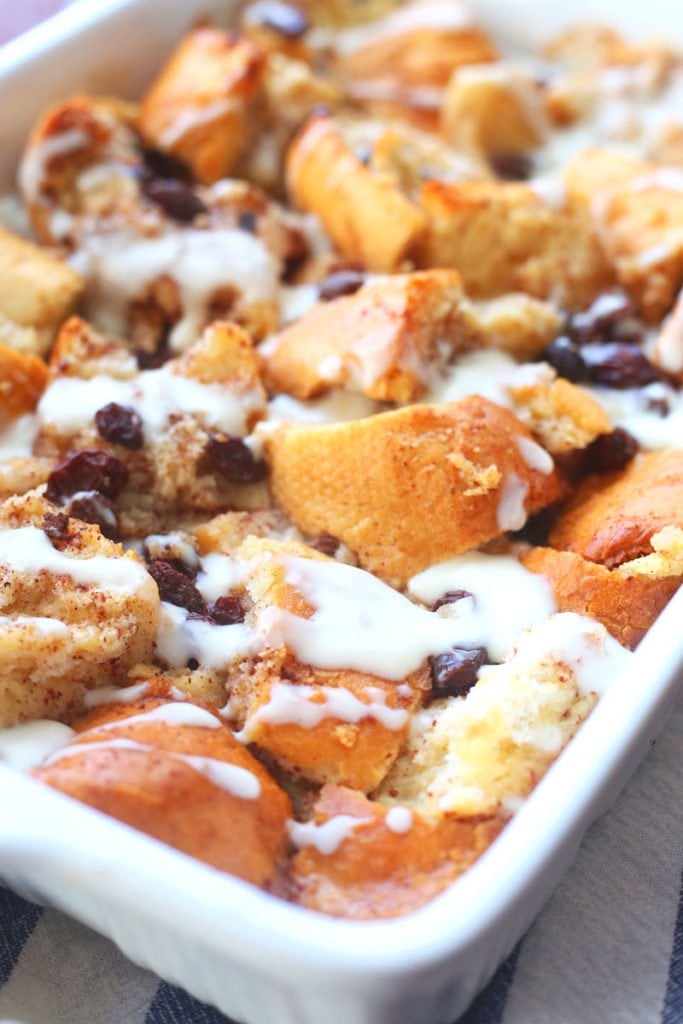 As we prepare for Easter, you should add this Old Fashioned Bread Pudding Recipe with Bourbon Sauce to your dessert options.

It is amazing how as you get older your taste buds change. I remember the first time I’ve heard of the concept of Bread Pudding and I thought it was gross! I mean, who wants to eat soggy bread. For the longest time, I wasn’t open to the idea of Bread Pudding until I had it for the first time at Pappadeaux Seafood Kitchen (one of my favorite restaurants). I’m not sure what made me change my mind to become open to trying Bread Pudding, but the opportunity presented itself so I took advantage. Let-me-tell-y’all-something…it was amazing!!!!!! Oh my goodness, it was so good. It was soggy bread, but it didn’t’ taste like soggy bread. Does that make sense? 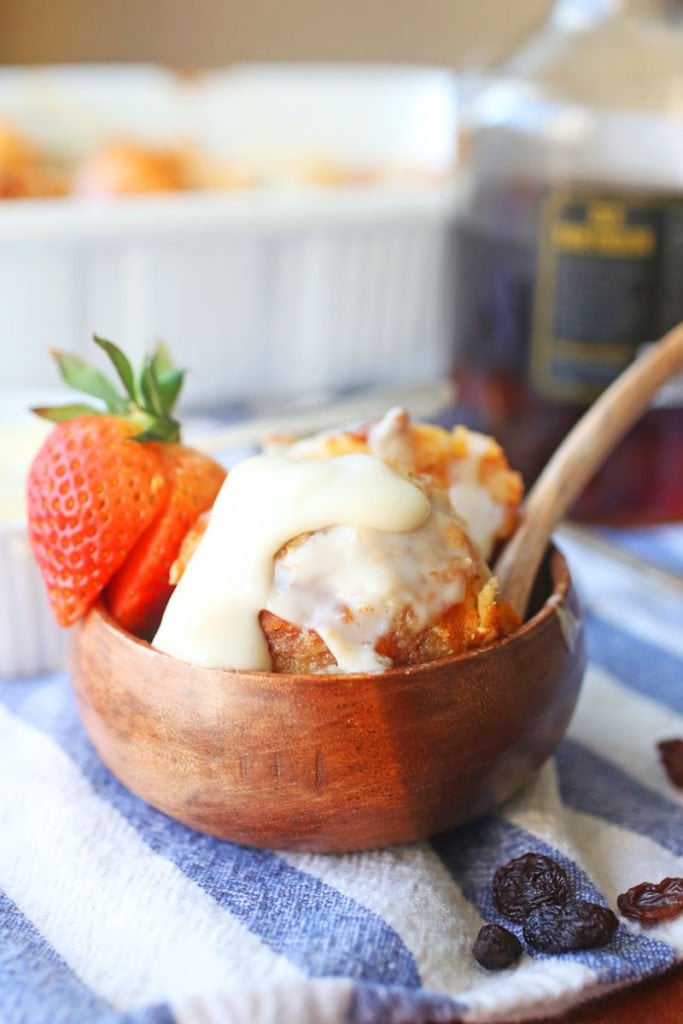 I guess the best way I can describe the texture is smooth and soft. Is it almost like really warm Pumpkin Pie (I know that is a weird comparison)? That is the best way I can describe the texture. In addition to its warm and cozy flavor, it also has raisins and typically served with a Bourbon Sauce that is to DIE for. I am typically not a fan of raisins in desserts, but it works in this Bread Pudding recipe. In my recipe for this Old Fashioned Bread Pudding Recipe with Bourbon Sauce, I soaked my raisins overnight in Bourbon. You don’t have to soak them that long, at least 30 minutes. 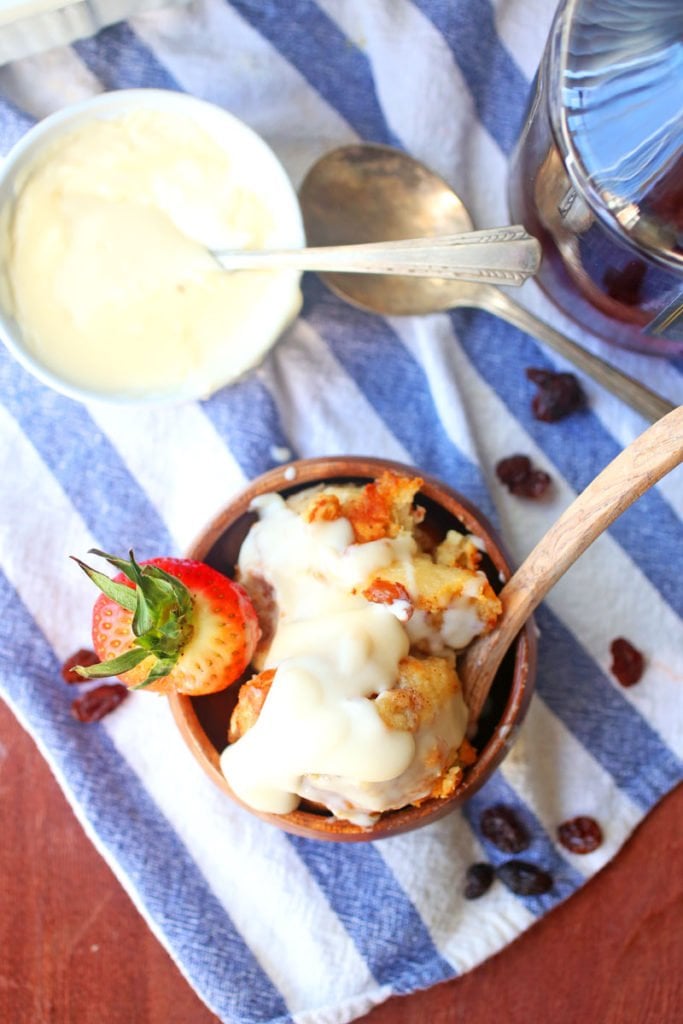 I can feel through the blog waves of the universe there are still a few skeptics out there. Let me tell you, I get it. The concept of Bread Pudding is a difficult idea to digest. For me, Tapioca Pudding is a recipe that is difficult for me. In fact, I am willing to go on record and say I will never try Rice Pudding AKA Tapioca Pudding. It does not look good. A dish could actually be great, but if I can’t get around the way it looks, I will never know how great it really is. If you are feeling that way about Bread Pudding, let me offer you something that may help you reshape the way you think of Bread Pudding. Bread Pudding is kind of like French Toast Casserole but with Bourbon and Raisins. Does that help? 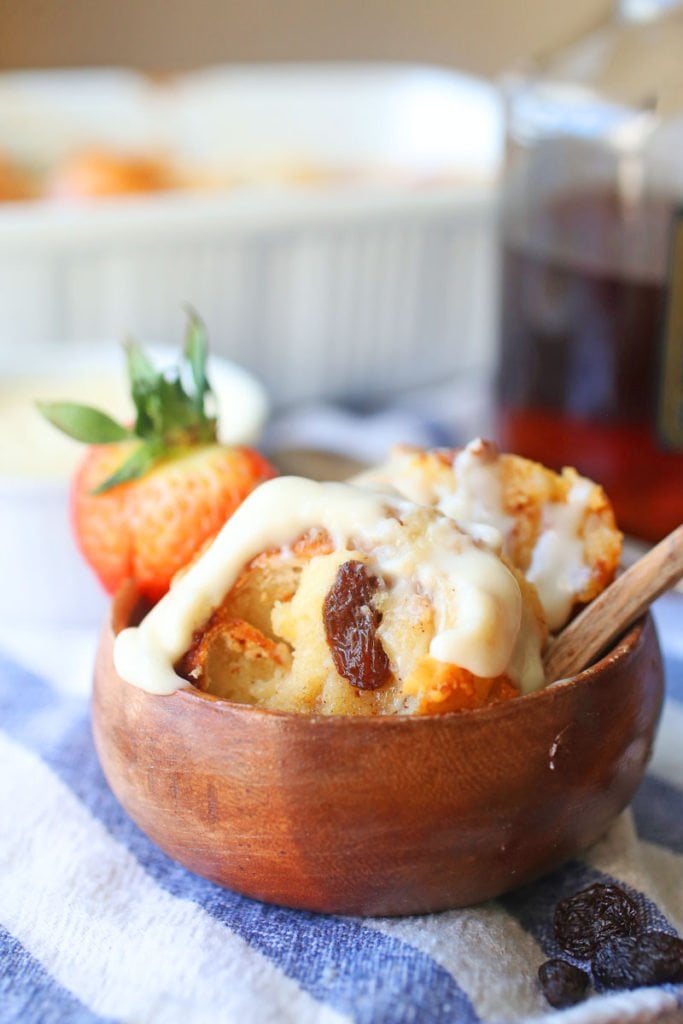 Historically Bread Pudding is a dessert that was created for frugality purposes. Instead of throwing away old pieces of bread, cooks would take the remaining pieces, add a little sugar, milk, and cream and that is how Bread Pudding was made. I’ve often heard the elders in my family rave about Bread Pudding in all its glory. I know it has been a dessert that isn’t as popular as current desserts, but we shouldn’t give up on the desserts of our past because they are amazing and great. If you like this Old Fashioned Bread Pudding Recipe with Bourbon Sauce, you will also love me Peach Bread Pudding with Vanilla Ice Cream Sauce as well. Happy eating!