Okay…I really need to start watching what I eat. 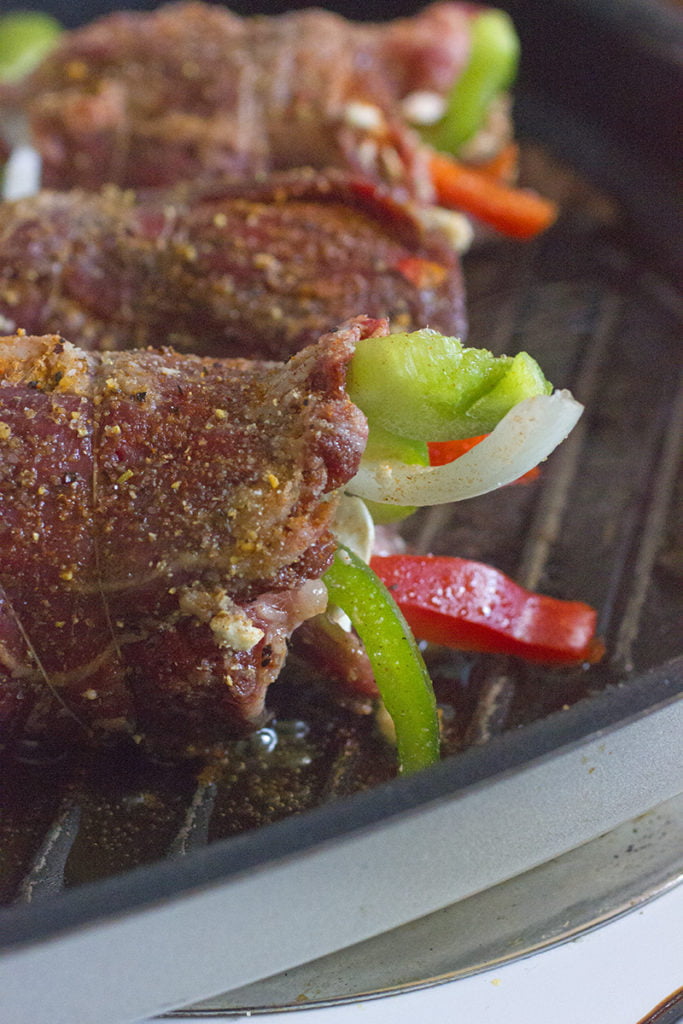 This Savory Beef Roll Ups Recipe is perfect for all eating lifestyles!

You know, before I got pregnant I told myself that I would do a lot of things during my pregnancy that I, honestly, I never did. I said that I would work out regularly, I would blog more, and I said that I would eat as healthy as I ever did. Yea so….none of those things happened. My first trimester kicked my ass. I think the first trimester really sets the tone for the rest of your pregnancy. Looking back on things now, I think if I would’ve fought through the nausea and fatigue I probably would’ve continued to work out and eat healthy. I fell victim to my symptoms and just gave up. In fairness to me, it was horrible. I don’t think I could’ve fought through it anyways. You know, oddly enough, I only gained 15 pounds so far. Well, I now have to change the way I eat because I have gestational diabetes. When I first found out I was surprised but when I thought about what I have eaten, I wasn’t surprised. I have eaten whatever I wanted from Spicy Chicken Sandwiches from Wendy’s, ice cream out the ying yang, Chik-Fil-A breakfast sandwiches, and a bunch of other crap. Now, I am on a mission to reverse everything I’ve done to myself. 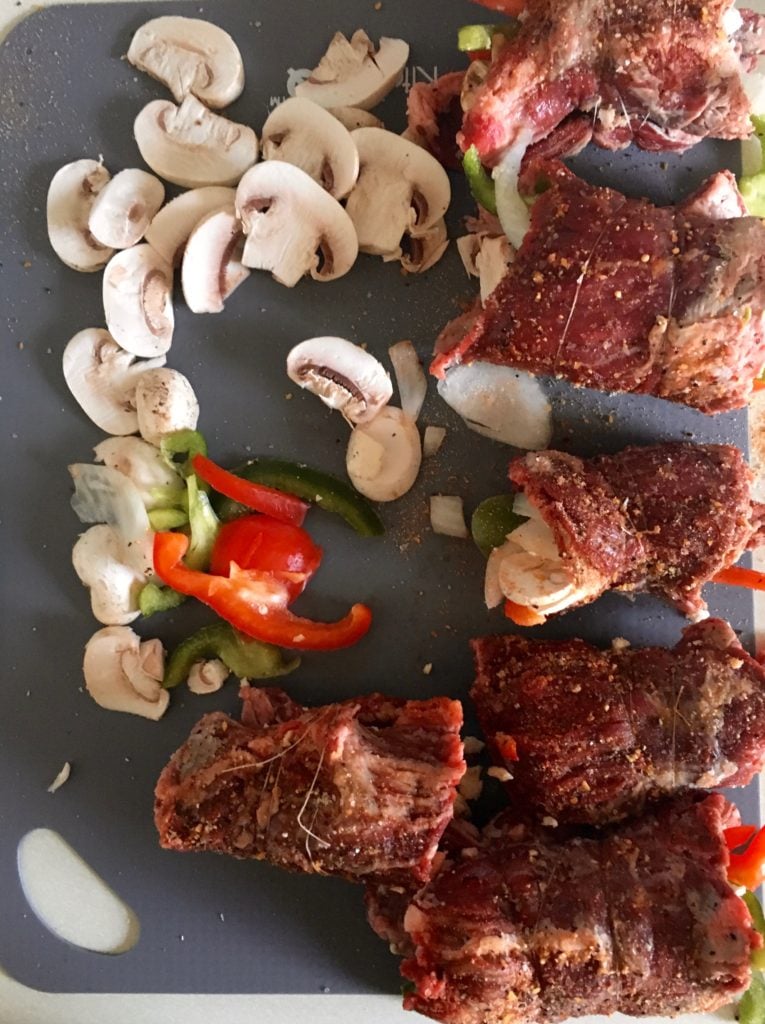 I will be sure to share with you my journey and changes I made while having gestational diabetes, but with anything, you have to limit your diet to no added sugars and low carbs. That is the biggest thing. I have researched different meal options that will still give me the same fulfillment that I received by eating crap but won’t weigh me down and give me less energy. So, I thought Beef Roll Ups was a good idea. I always wanted to try a Beef Roll Up recipe. I don’t know what has prevented me from trying them but I am glad I did. Like most of my recipes, this recipe is very versatile and can be made according to your preference. In the center of my Beef Roll Ups, I used onions, red and green peppers, mushrooms, and a small amount of feta cheese. They were the bomb! As the onions and peppers begin to cook, they release its flavor that penetrate through the meat. So good! I didn’t add a lot of feta, but the amount that I did add was there and gave the meat more salt and flavor without adding extra salt. 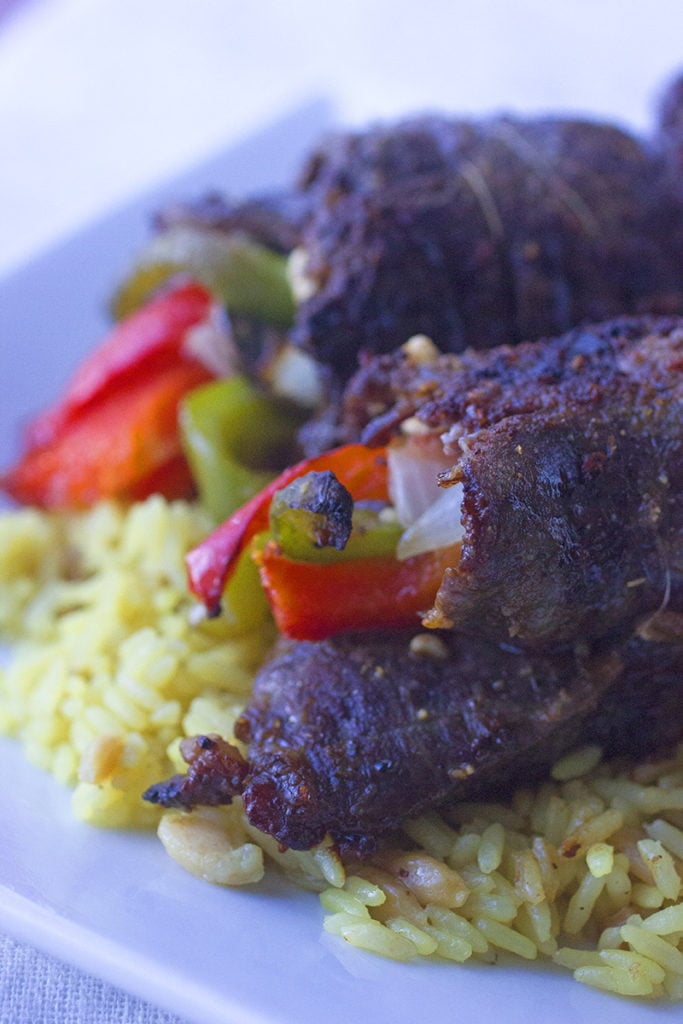 You can serve this meal with some rice ( like me), mashed potatoes, baked sweet potato, or more sautéed veggies (what I should’ve did) if you are really trying to go low carb. You don’t have to use the same veggies that I did either. You can use asparagus, Julienne Asian style vegetables, different peppers, and cheeses. It doesn’t matter what you do, just know that your family will love it! 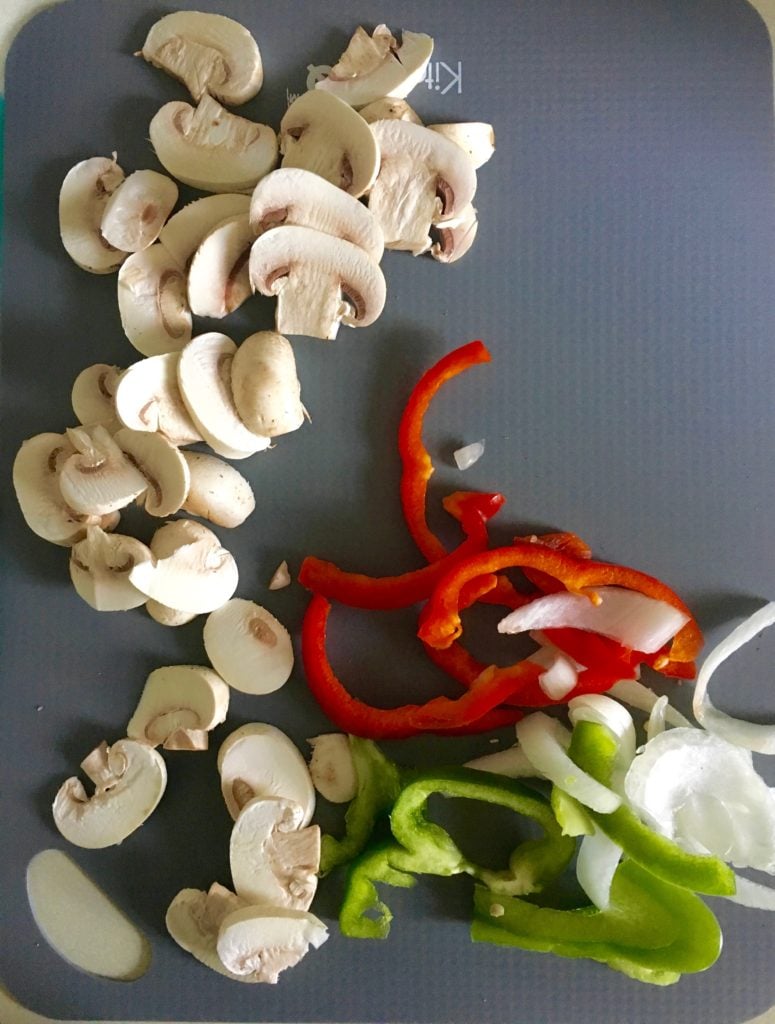 This Savory Beef Roll Ups Recipe is sure to be winner at your family dinner table. They are delicious and healthy! Just serve with potatoes or roasted vegetables!