Rootbeer Chicken made in a Slow Cooker with BBQ Sauce

Cooking soda with meat was definitely a first for me. 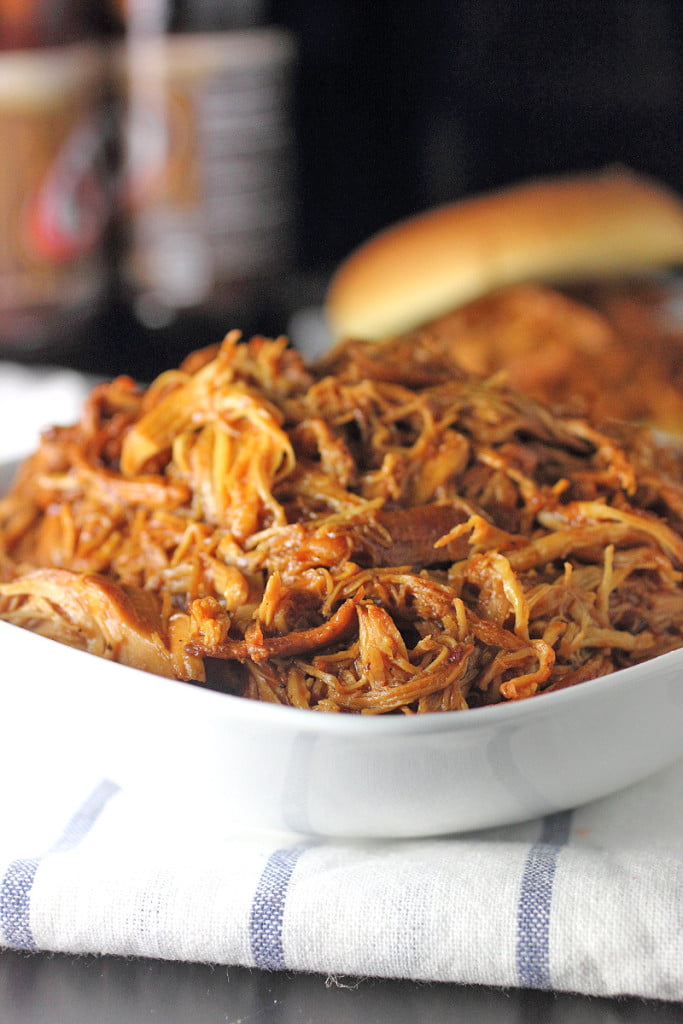 You only need 3 Ingredients to make this Slow Cooker BBQ Rootbeer Chicken!

I don’t drink a lot of soda. As a matter of fact, I don’t even buy it (perhaps I will now because of this Rootbeer Chicken Recipe). I typically drink water when I go out to eat. However, if soda is around me I typically go to root beer. You see, root beer is my absolute favorite soda. It is best when it’s cold. Ahh…a nice icy cold root beer to wash down a plate of hot wings or a burger. Oh yea, that’s how I get down. I know that using various types of soda is used in sauces, glazes, and even baked goods. I should know, I made a Double Fudge Pepsi Sheet Cake and when I make homemade BBQ sauce, I typically add a little Coca-Cola for some extra sweetness. However, I never thought to add soda to meat but I was curious and I just had to try. 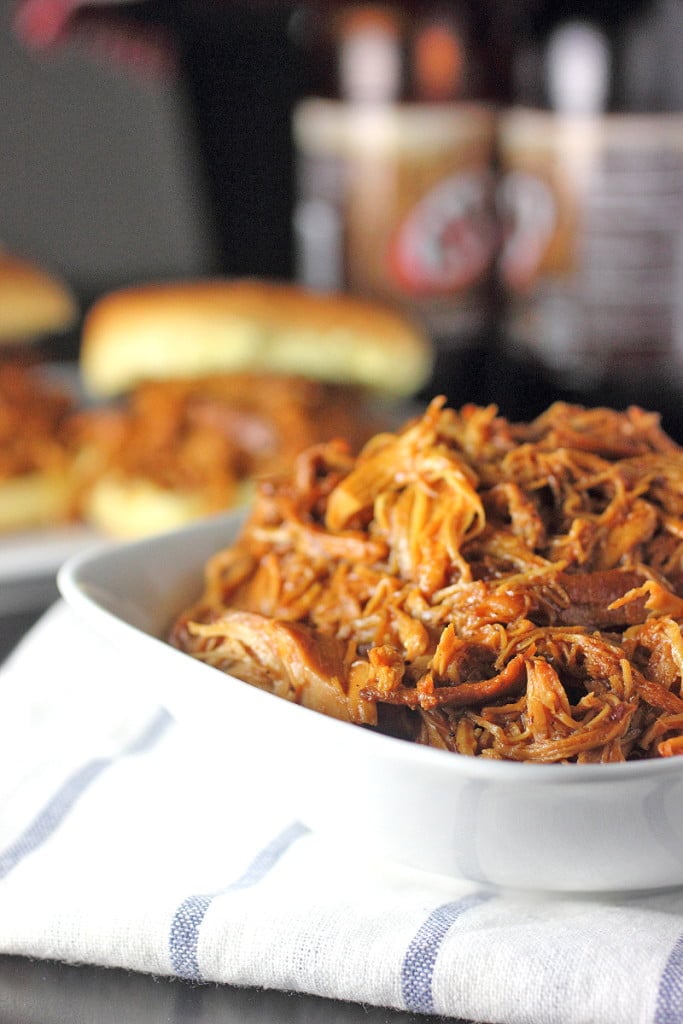 I sat on this idea for a couple of weeks and wondered:

I had a lot of wonder and reservations but my final thought was some of the best foods ever invented were accidents such as Chocolate Chip Cookies, French Dip Sandwiches, and Popsicles. Therefore, this idea may turn out to be a great accident. So, I went to the store, bought my boneless chicken, picked up some root beer, and bought a bottle of BBQ Sauce to help add flavor. I took out my slow cooker and placed it on the counter and after each placement of chicken breast in the slow cooker I kind of made that face that you make when you are trying to be careful with handling something fragile. Next, I added the BBQ Sauce and root beer with hesitation, spread it all around, placed the lid on top of the pot, and exhaled.

After a few hours of prayer and fake cigarettes I went back to the slow cooker, peak inside, and noticed that everything looked normal I used a spoon to taste the sauce, cross my fingers, closed my eyes, and with one taste realized something very important. ROOT BEER MAKES EVERYTHING TASTE GREAT! First let me say it didn’t taste like root beer. It had an amazing flavor from the soda and the BBQ sauce. Let me also say when I took the chicken out of the slow cooker to shred it, the Rootbeer Chicken fell apart before it even made the cutting board. It was super moist and tender. I placed the chicken back into the pot to absorb some more of that flavor, placed them on potato sandwich buns, and ate 2 in one sitting. This idea is perfect for a pot luck or tailgate party. All you have to do is add the chicken, BBQ Sauce, and root beer to the slow cooker and you have yourself an awesome shredded chicken meal now known as Slow Cooker BBQ Rootbeer Chicken that is definitely a crowd pleaser! For more easy and crowd pleasing recipes, check out all of my Pillsbury Recipes!