This is a sponsored post by Tony Chacutere Famous Creole Cuisine although all thoughts and opinions are my own.

Use baked Cinnamon Roll dough to make these delicious Cinnamon Roll Bread Pudding Cups that are topped with a delicious pecan caramel sauce made with a surprising ingredient! 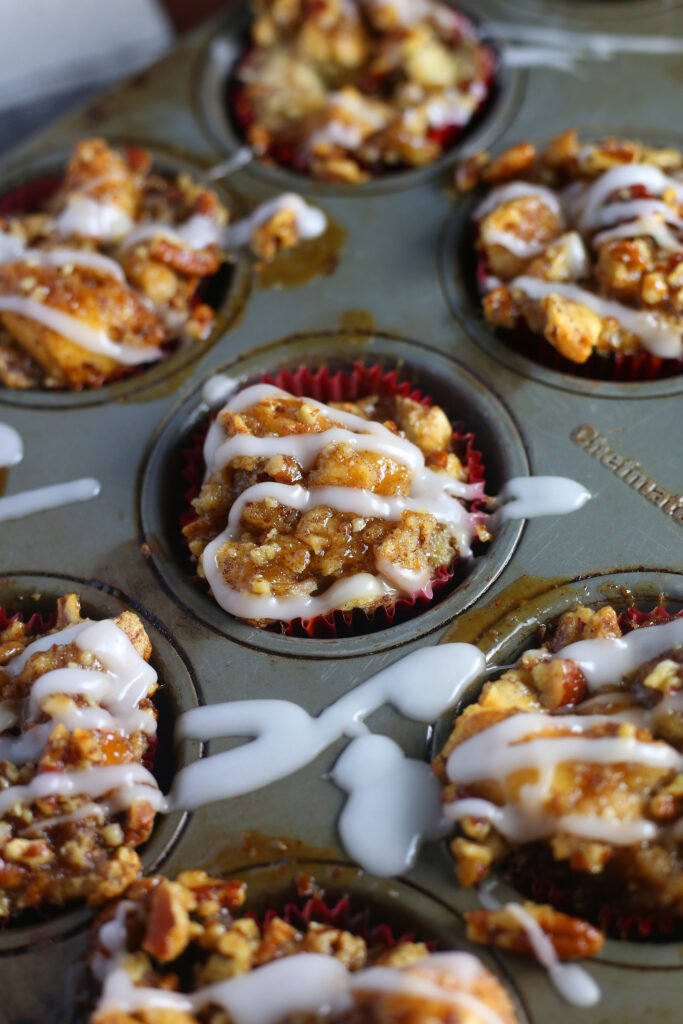 You know, Bread Pudding is a dessert that I am new to enjoy. For the longest time, I couldn’t understand why people liked sweet soggy bread with raisins. Well, I guess it is true what they say, which is as you get older your tastebuds change. During my last year of college, I was a Server at Pappadeaux Seafood Kitchen where they have some of the best Bread Pudding that I’ve ever tasted. It was actually the first time I had the dessert. To my surprise, it didn’t taste like soggy bread at all. It was absolutely delicious! 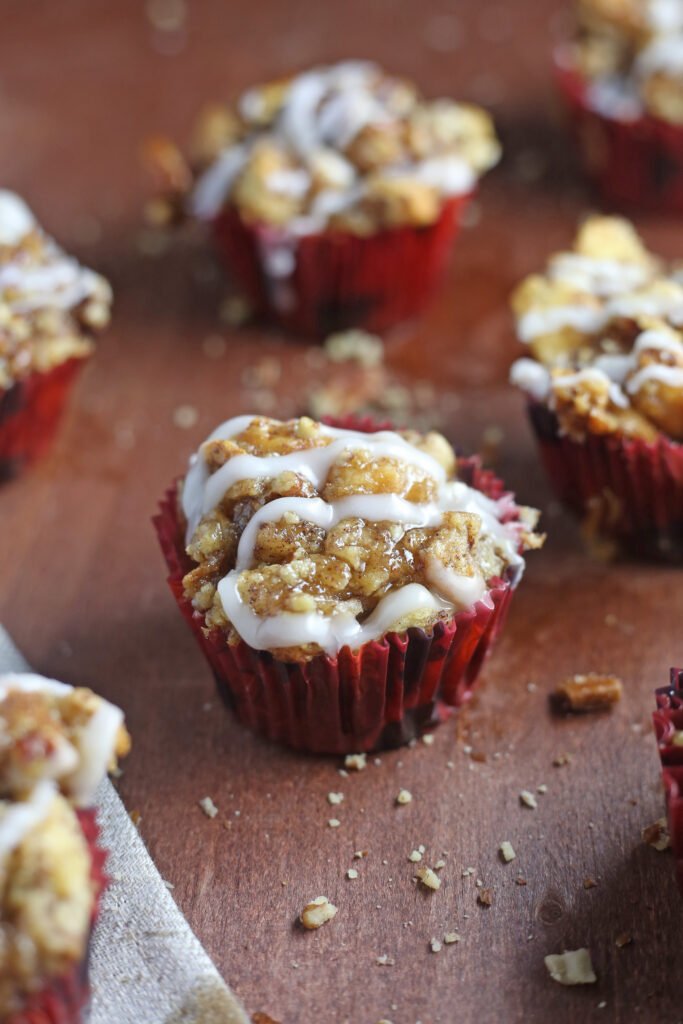 Bread Pudding is a delicious and inexpensive dessert you can make if you have some old stale bread laying around. You really only need bread, eggs, cinnamon, milk, and raisins. I’m sure you can get all of the ingredients for this dessert for less than $10. That is my guess anyway. For this recipe, instead of old bread, I used baked cinnamon rolls. I thought it was a great idea as there is already flavor and sweetness infused in the bread. Great idea, right? 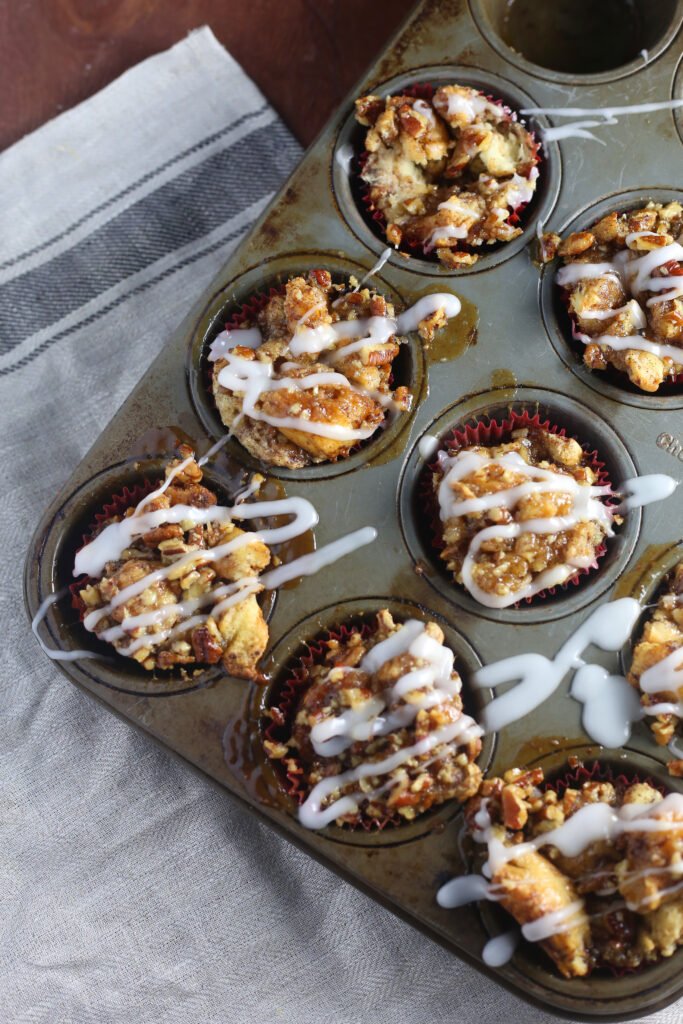 As we prepare for our holiday meals and small gatherings, some of us are preparing dinner a little differently this year. When creating meals for small gatherings, it is important to make dishes to stand alone as much as possible. Basically, individual servings for everyone. These Cinnamon Roll Bread Pudding Cups are a perfect dessert option for occasions where people can just grab and go.

Not only are these miniature dessert cups perfect for individual servings, but they are also filled with cinnamon and pecan flavor. But you will never believe what is used to bring the sauce to life? I added a couple of tablespoons of Tony’s Chachere Praline Ham Injection. Now hear me out? Don’t let the fact that this ingredient has the word “ham” in it scare you. Tony’s Chachere Praline Ham Injectable tastes like a thin pecan syrup, which only adds flavor to my Mini Bread Pudding Cups. Tony’s has several seasoning products that I’ve been using for years! The seasoning salt is my absolute favorite. 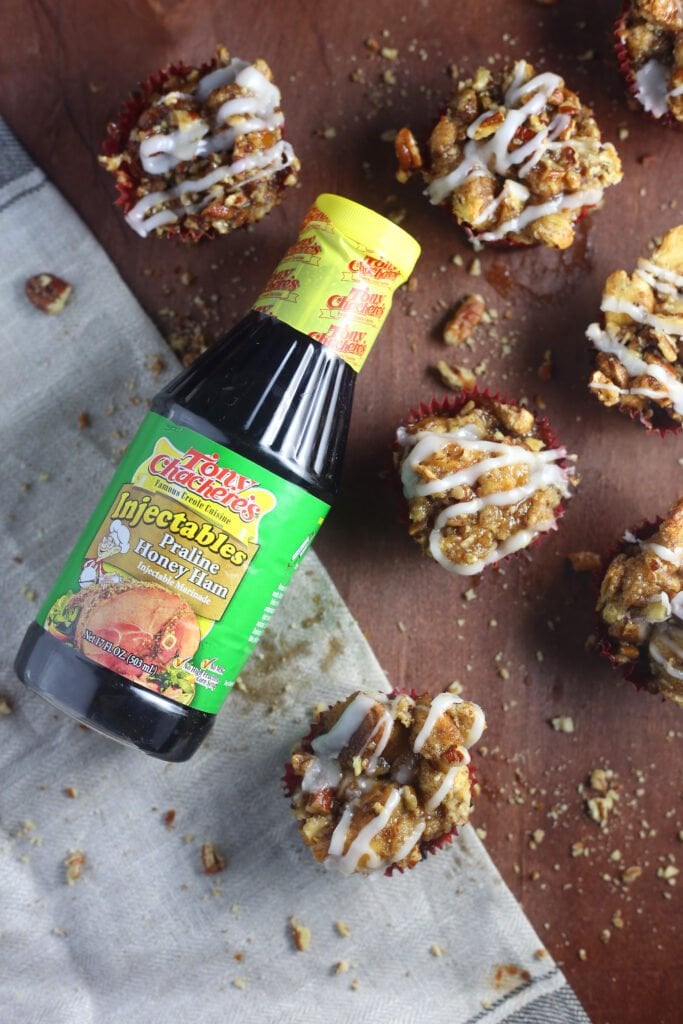