Man, you got to love the world for fried dough covered in so much sugar that table looks like the mountains in the North Pole! 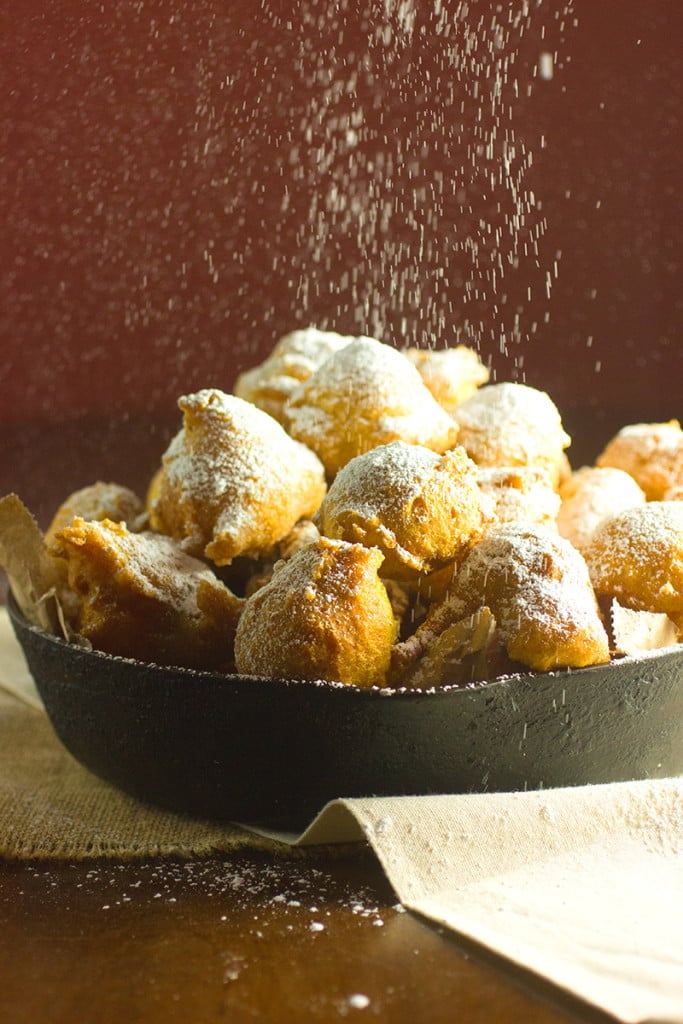 Beignets are the bomb!

I’ve been to New Orleans twice and every time I go, I come back wearing 5-10 extra pounds and a bigger smile. I love the magic of New Orleans. The jazz in the streets, the food, the culture, and the history is so rich in that awesome city that it’s no wonder that it’s one of the best cities in the country! Hell, the world! If you’ve been to New Orleans then you know about the awesome food. You know about the Po-Boys, Boiled Crawfish, Mufolatta Sandwiches, Pralines, Chicory Coffee, Gumbo, Jambalaya, and other amazing foods that come from this amazing city. You also know about Beignets! It is a must that whenever anyone goes to New Orleans they must visit Café Du Monde for a beignet and coffee! I don’t get the coffee but definitely load up on the beignets. What? They are only like .50 a pop or something crazy cheap like that. The last time I was in New Orleans, which was a few years ago and I was sitting in the café enjoying my beignet when I realized that I was basically eating fried dough with about a pound of powdered sugar. It is so simple its genius! Pure genius! The early natives of this region knew then that Americans would love anything fried. Even if it’s just pieces of dough covered in sugar. 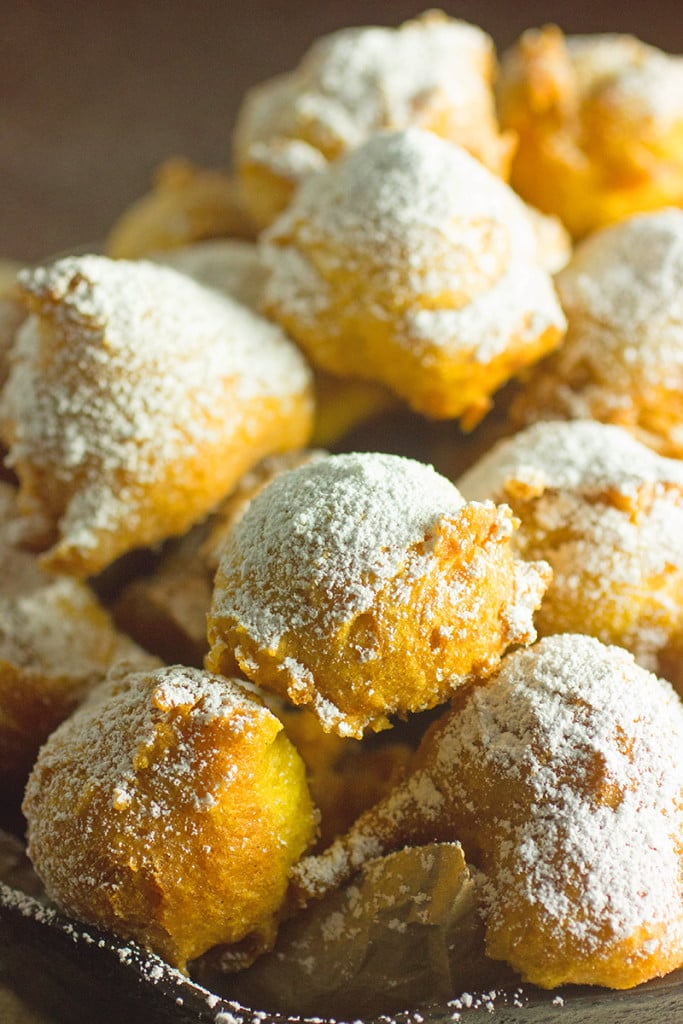 I am in such a fall mood its ridiculous! I have already made 3 pumpkin dishes and Chicken Potpie. I am in that comfort food kind of mood already, which is great! Why? Because it is so much easier to come up with meals in the fall and winter than any other time of year. That is my opinion. Tis the season for casseroles, different types of chili, soups, stews, and hearty dishes. It is also the season for pumpkin! I’m breaking my fall recipe collection this year with these Pumpkin Beignets! Oh my damn these are super amazing! Especially as soon as they come out of that hot oil. Man o man. It puts me in the mind of what New Orleans must be like in the fall. I wonder if the café’s in the French Quarter make seasonal beignets. Probably not. They would probably think it’s an abomination to the creators of such a wonderful treat! Well that’s okay if they don’t because I made them. So if you want to make a hearty meal along with these Pumpkin Beignets, I wouldn’t be mad at you. Its fall. Tis the season for gaining weight! We have the New Year to motivate us to lose the weight in time for bikini season next year! 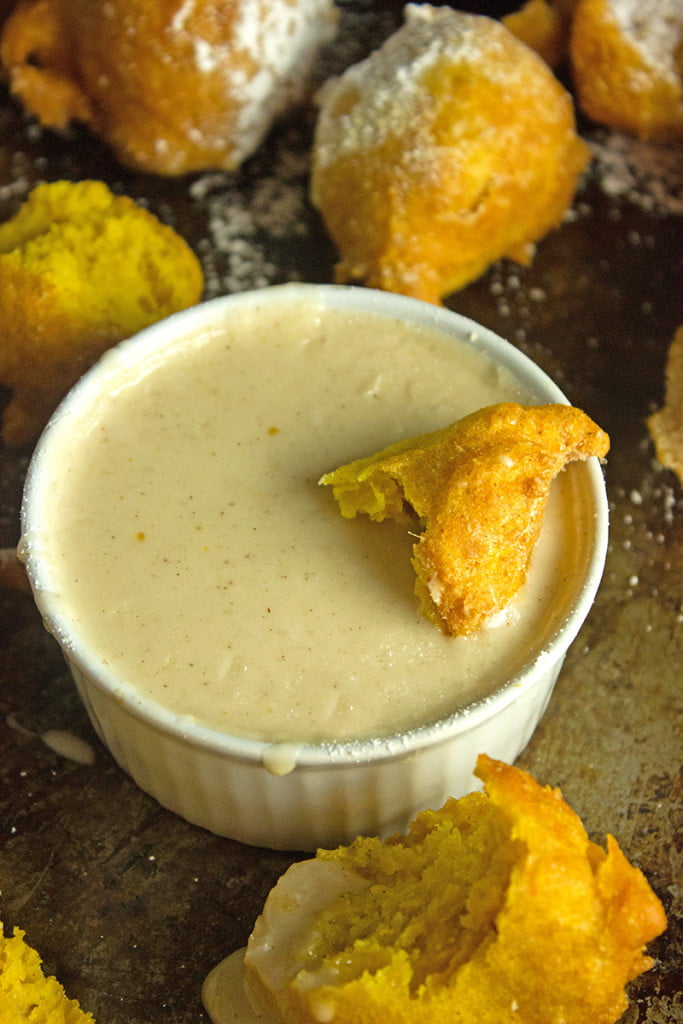 This recipes is adapted from the New York Times

These Pumpkin Beignets are an awesome introduction to the Fall Season! Enjoy them by dipping them into this easy Maple Dipping Sauce!