This post is sponsored by Zatarain’s although all thoughts and opinions are my own. 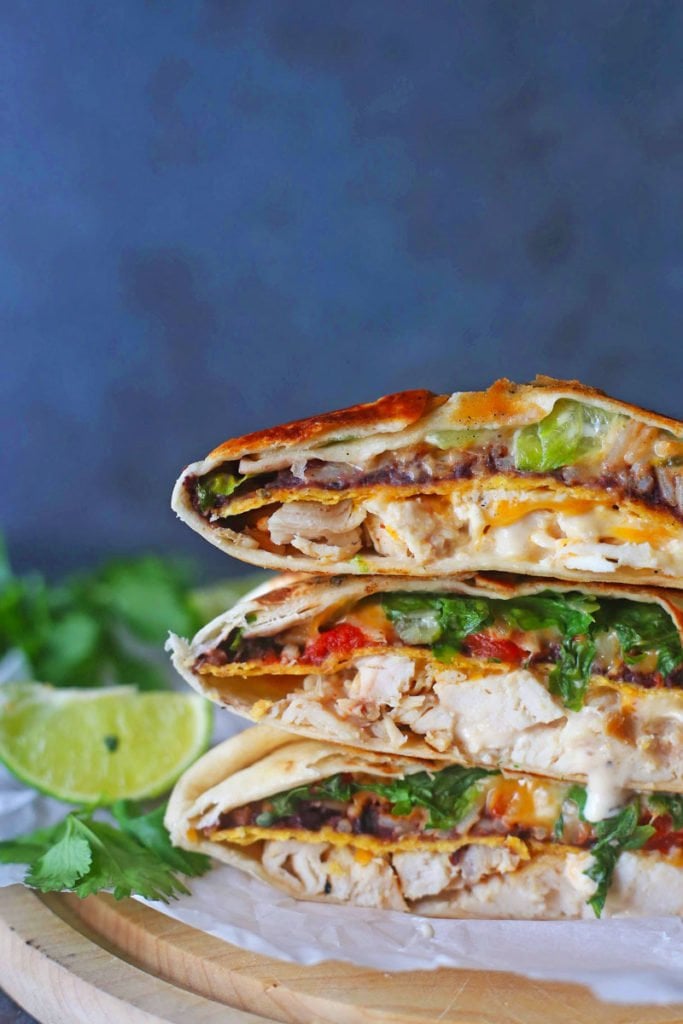 This Spanish Style Crunchwrap Supreme recipe is the perfect ending to anyday!

I’ve believed I mentioned a few time throughout my blog that my mom isn’t much of a cook. I probably should be a bit more fair to her and say that she isn’t much of a cook NOW. I don’t know what happened! My assumption is once my youngest brother got old enough to make a Peanut Butter and Jelly Sandwich she went somewhere in her head and said, “ Well I think put in enough time feeding these kids. I’m out (drop the spatula)”. How unfair! The food my mom made for us was delicious! How dare her to deprive the rest of us her delicious food just because my baby brother got older!

I’m telling you guys, my mom made some delicious dishes! 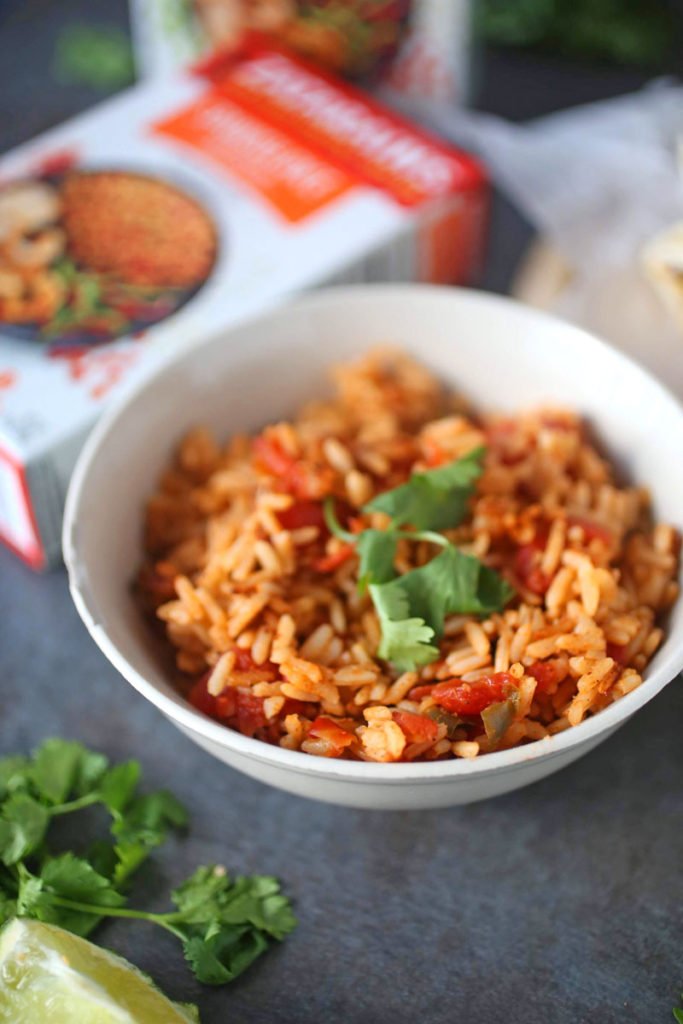 Everything from her Homemade Fried Chicken, Spaghetti, Fried Pork Chops, Chicken and Dumplings, and Jambalaya just to name a few. Out of all of these dishes I just mentioned, one of my absolute favorites was the Jambalaya made with Zatarain’s Jambalaya rice, which my mom would make using sausage and grilled chicken. I practically grew up on the stuff! I was in my early teens (I think) when my mom introduced the family to this easy dinner recipe. She’d make it with cornbread and maybe a side of green beans or some green vegetable. It was the one meals that we knew, without a shadow of a doubt, would be insanely delicious and good. Zatarain’s has been a household name in my family for over a decade. Now I am continuing the tradition by continuing using Zatarain’s to make delicious meals for my family, and we are going to start with this Spanish Style Crunchwrap Supreme recipe. 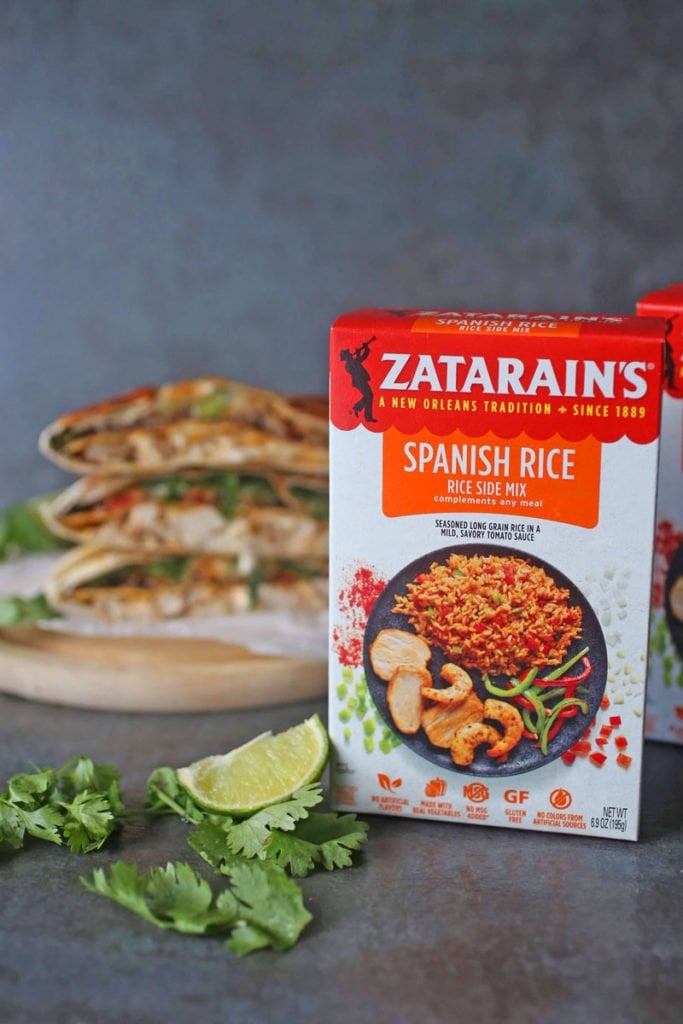 First, let me say this is National Rice Month! Yep! This month we are celebrating rice and the good it does for our meals. I know white and brown rice can be bland and boring, but thanks to Zatarain’s for providing us different rice options that are loaded with flavor such as:

Zatarain’s has a variety of rice mixes that is sure to add more flavor and spice to your dish. 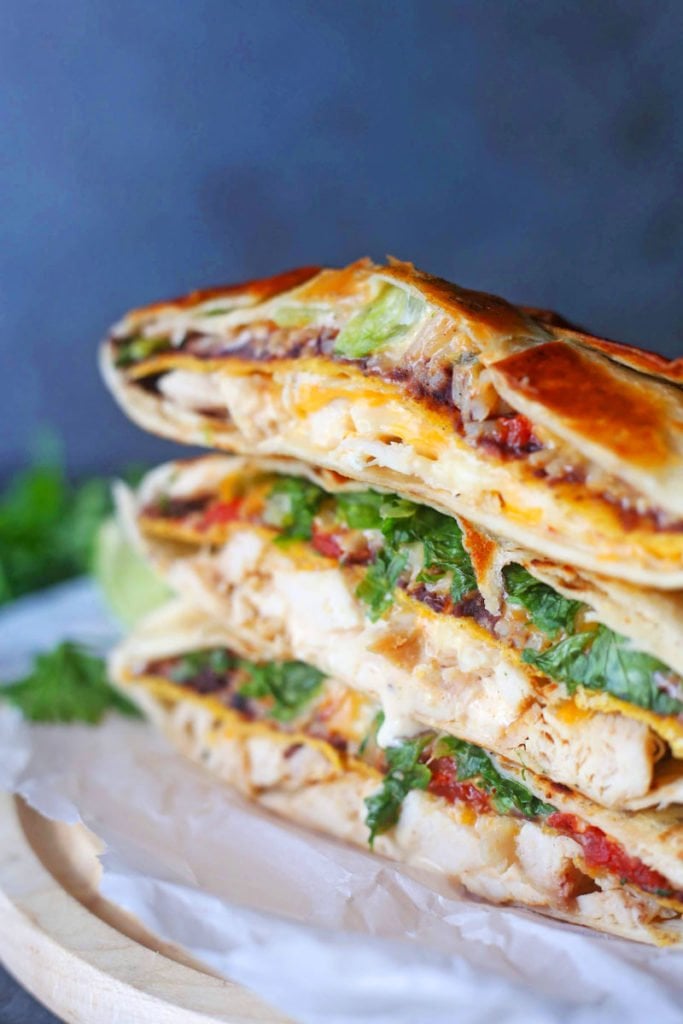 When using any of these rice mixes, get creative! Zatarain’s has a plethora of recipes you can try to give your rice new meaning. I came up with this Spanish Style Crunchwrap Supreme by using Zatarain’s Spanish Style Rice.

If you’ve had Taco Bell’s Crunchwrap Supreme, this recipe idea shouldn’t be that unfamiliar to you. The difference is I used a different ingredient combination to enhance the Spanish inspired flavors in the rice. You start off making this Crunchwrap Supreme the same way you would with any other similar recipe. You make your choice of meat or protein, in this recipe, I used chicken, and layer with your choice of toppings. I cooked some thin chicken breast and seasoned them with Zatarain’s Creole Seasoning (you must try this by the way); warmed up some refried black beans; laid out my veggies such as lettuce, cilantro, jalapeno, or whatever I wanted; cooked Zatarain’s Spanish Style Rice that is made with diced tomatoes; and I began layering! Luckily for you, I included step by step photos for you to refer to. 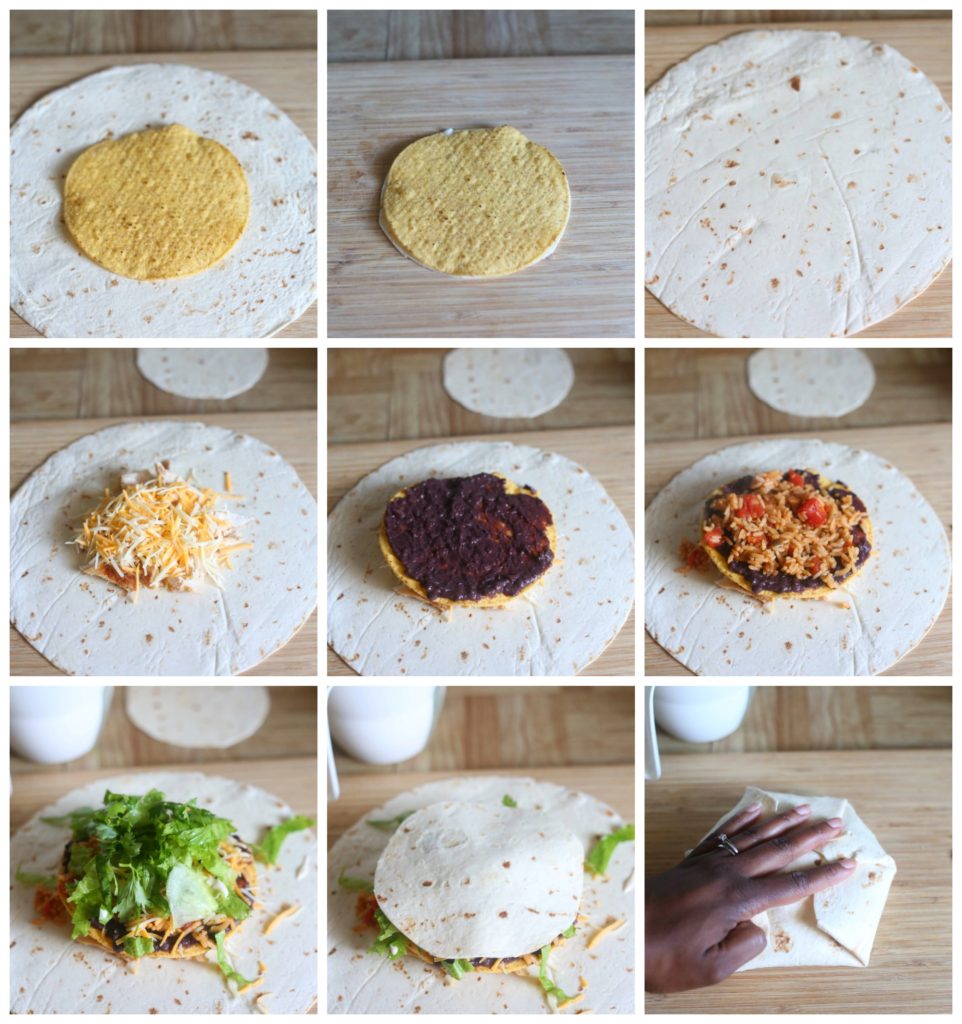 Let me tell you guys something, I am not saying this because I am a food blogger or writing this post, but this recipe is “stupid good”. My husband and I BASHED this Spanish Style Crunchwrap Supreme Recipe. It was so good. We used whatever toppings we wanted, included Zatarain’s Spanish Style Rice in our variations and enjoyed ourselves! You have got to try this recipe and I promise you won’t be disappointed. 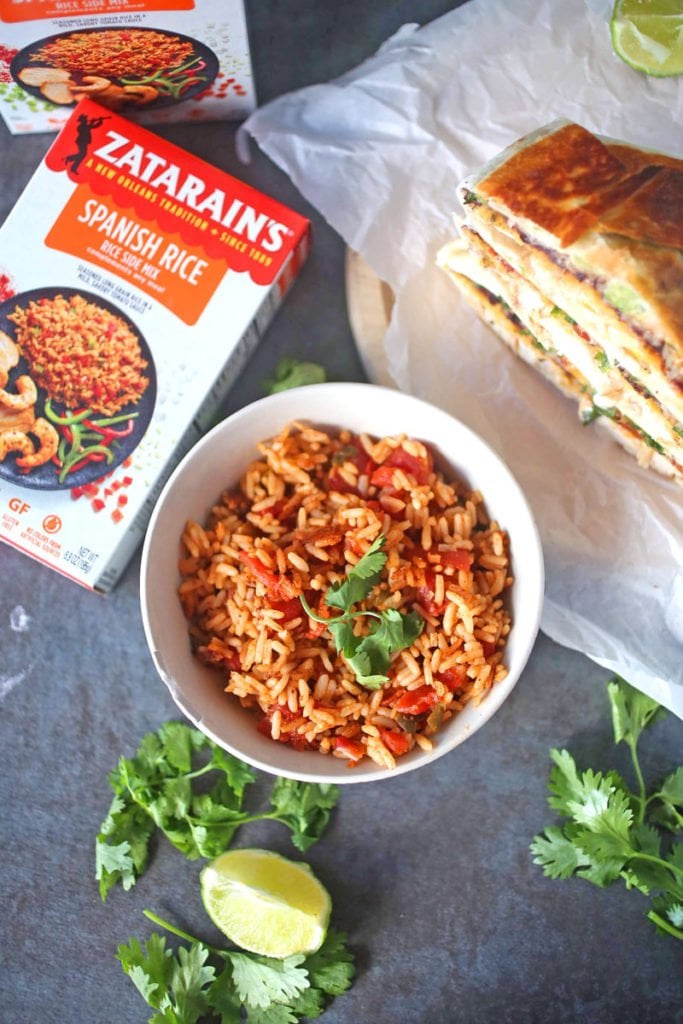 Zatarain’s is the perfect solution to giving your meals extra flavor without the mess and the fuss. Add your choice of protein and serve the rice or even their Cheddar and Jalapeno Cornbread as a great side dish. You can elevate a dish further by using any of their products just like I did with this Spanish Style Crunchwrap Supreme recipe!

Check out this Spanish Style Crunchwrap Supreme Recipe that is made with Spanish Rice from Zatarain’s! Add your choice of toppings to this well-seasoned dish!