You won’t believe how easy these Cinnamon Rolls are to make. Using Pillsbury Hot Roll Mix as the main ingredient, definitely makes this an Easy Cinnamon Roll recipe. 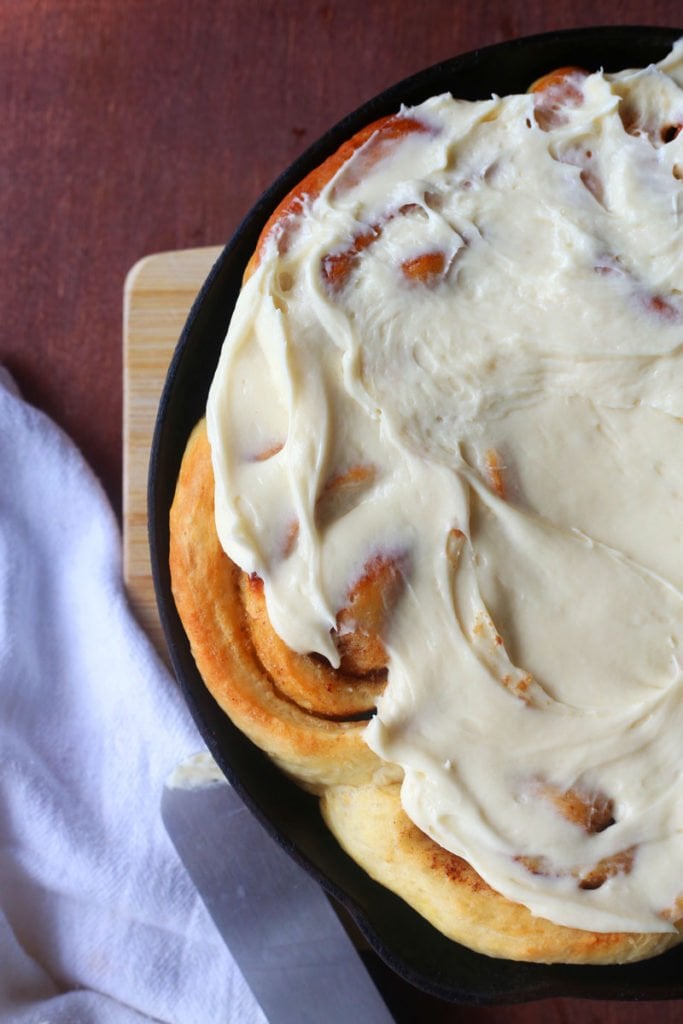 With this Easy Cinnamon Roll Recipe, you will never make cinnamons rolls another way again.

Before I dive into this blog post, I feel that I should go on record and say that this is not a sponsored blog post. I am not getting paid by Pillsbury to endorse their Hot Roll Mix. I am simply an average consumer, who looks for easy and affordable ingredients to make delicious recipes to share. Whew! Okay, not that is out of the way, let’s dive right into this post.

There are certain foods in life that I must stay far away from. These are foods that I know I will not be able to stop eating once I have a bite. I become a leech to certain foods. Some of those foods are

Burgers- especially a good one

Almost any pastry, including donuts and 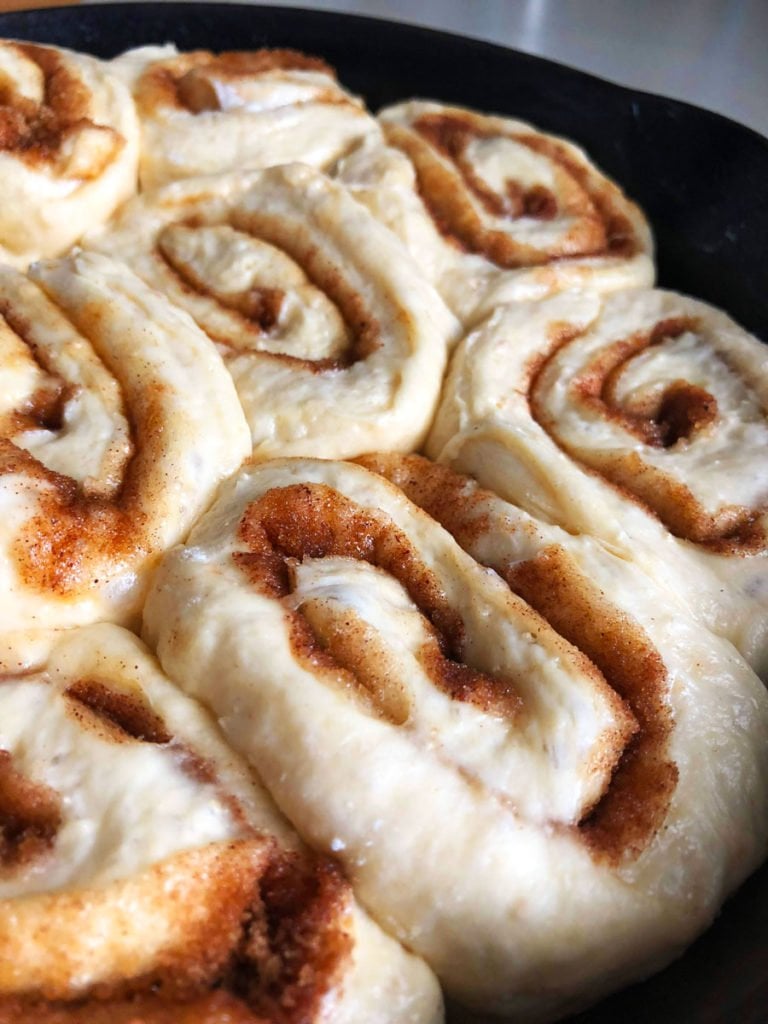 This is my death list. Meaning, I will eat these foods to death if I have just one bite of any of these dishes. Which is why I only allow myself to eat most of these dishes once a year. I have the willpower to, at least, do that. I have a Birthday Cake with Buttercream Frosting every year for my birthday; I eat donuts only a few times a year ( literally), and my relationship with French Fries is an ongoing battle. I really try to eat fairly healthy compared to this list of food that does nothing good for you. However, it’s really hard.

Cinnamon Rolls and my Booty

So I guess you’re wondering if Cinnamon Rolls are so hard for me to walk away from, why in the world did I make them? As much as I wish I had a smart and responsible answer for you, I don’t. The only thing I can offer is that I love Cinnamon Rolls and Cinnamon Rolls loves my ass. Why my ass, because that is the first place they go when they enter my body. It’s okay, big booties are in now according to Jennifer Lopez, Kim Kardashian West, Ashley Graham (my female crush), and a bunch of other Instagram models. 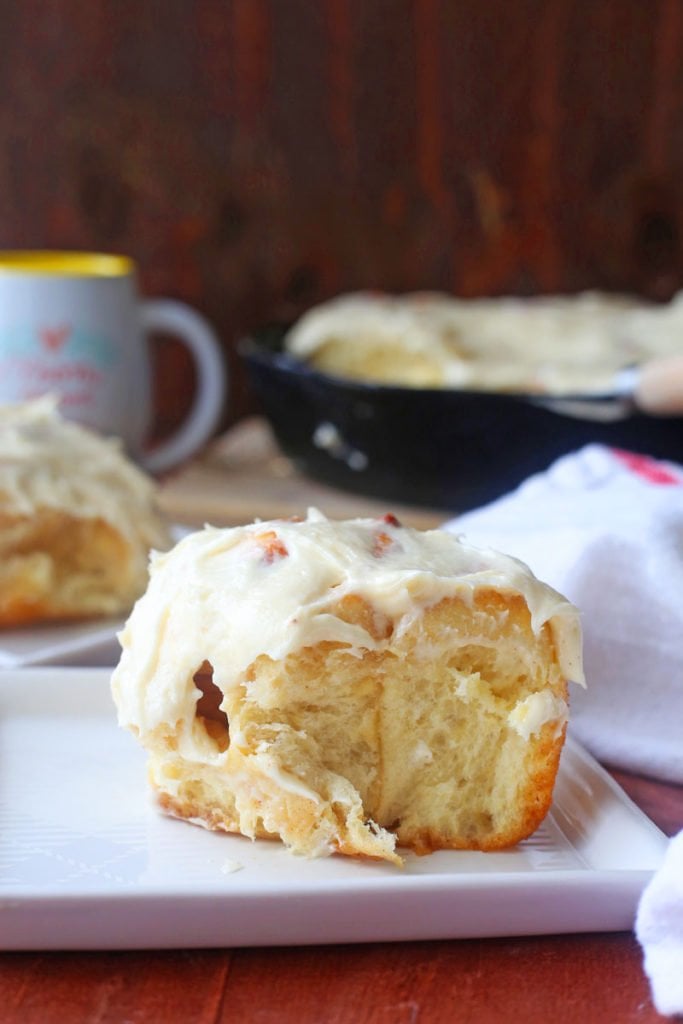 If you have a big booty or any fuller body part that you wish were smaller, I am about to make it a lot hard for you by sharing this Easy Cinnamon Roll Recipe.

When I first started blogging, I made Homemade Copycat Cinnabon Cinnamon Rolls (ignore the pictures) and they were amazing. Please forgive my photography. I only had a cheap digital camera at the time and I didn’t know that “food blogging” was a thing. As I remember making them, there was a lot of wait time and labor involved. 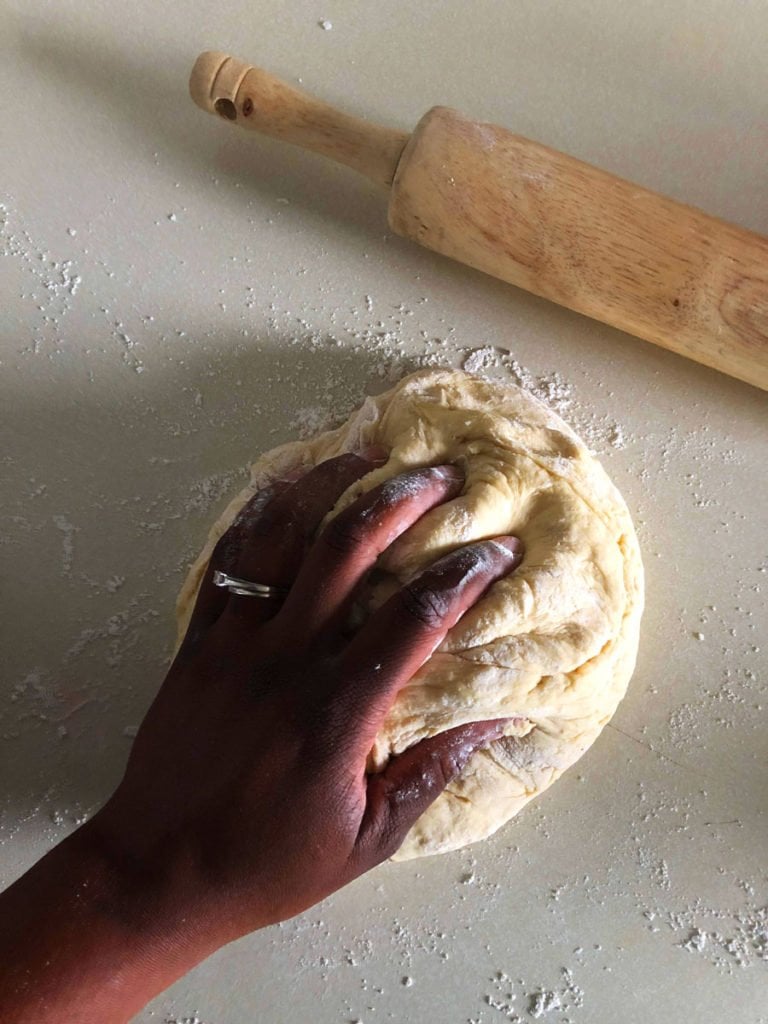 Hell, by the time all of that is over, its time for lunch! Sometimes it is okay to make something completely from scratch and there are other times where you need a shortcut without compromising flavor. Also, when I started getting into baking I really sucked at making anything that required yeast. I didn’t really understand the rules of using yeast and there were times where my dough wouldn’t rise, so I gave up. That is when I found Pillsbury Hot Roll Mix. I swear by it! I have used Pillsbury Hot Roll Mix for a lot of rolls and dishes on my blog such as

I love using Hot Roll Mix because it’s less time and labor involved in the same outcome. In fact, I think you can use this Hot Roll Mix for pizza dough and dinner rolls. That is another great thing about Pillsbury Hot Roll Mix is that it’s multi purposeful! Now, I can totally make a basic rising dough for this Easy Cinnamon Roll recipe, but when I just don’t feel like doing the work or don’t have the time, this recipe fits the bill.

This is going to be a very cheap way to make cinnamon rolls. All you need is the mix, light brown sugar, cinnamon, nutmeg, and butter. I am sure you have these ingredients at home. You’re almost there! Once the dough is prepared, you’re going to spread the inside with butter, sprinkle with light brown sugar, cinnamon, and nutmeg. That’s it! I almost forgot, with the Hot Roll Mix, you don’t really have to let the dough rise as long as a dough made from scratch. However, I do let the dough rise for about 15 minutes before I bake and once the dough is put together. That is my personal preference but you can do what the box says. 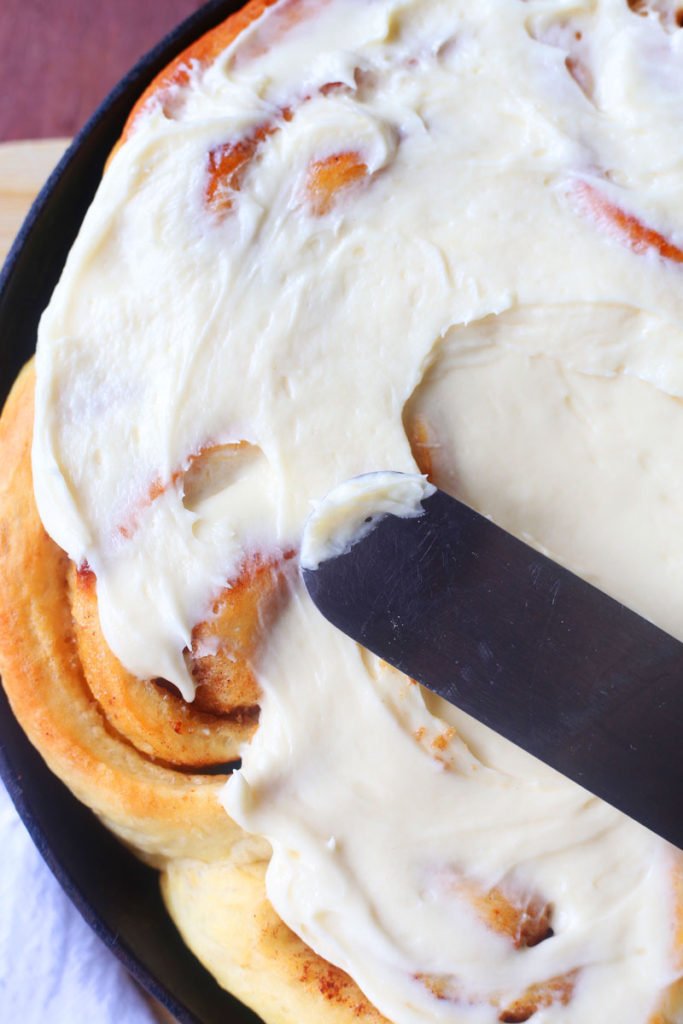 Now, of course, a Cinnamon Roll isn’t a Cinnamon roll without a delicious icing. I made a simple cream cheese frosting to go on top of the rolls. This is also a basic recipe using cream cheese, butter, powdered sugar, and vanilla extract. That’s it! I am telling you, this Easy Cinnamon Roll Recipe will taste just as good as if you spent hours on them. They were dangerous for my husband and coworkers.

Overall, I am telling you this a really Easy Cinnamon Roll Recipe EVER! You can make these cinnamon rolls on weekend mornings EASY and it won’t take you forever to make them. I am all about making your lives easier and not only does this recipe do just that, but it will also make your mornings a little sweeter too.