I thought I’d repost this Toffee Brownies recipe. This is a creation I came up with in 2012. Enjoy!

The last brownie invention that I created were the Butter Cream Brownies and you guys raved about them. So I thought I would give you another brownie creation that you would go crazy for. Toffee Brownies! The idea came from me being at home watching one of my favorite television shows, The Chew, watching Carla make her 10 Gallon Banoffe Pie (absolutely ridiculous).  This pie is a mixture of bananas, toffee, and whipped cream. Hence, Banoffee. What I found amazing about this recipe was the sweetened condensed milk turning into toffee after minutes of it being on heat and stirred consistently. I couldn’t believe it! I heard about it being turned into caramel but not toffee, which it actually tastes pretty close to it. I am not a huge banana dessert person (only Paula Deen’s Banana Pudding) so I had no desire to make this dessert but I did want to take the toffee and use it in a different recipe. Why not brownies? I thought the marscarpone whipped cream would be a good way to bring the sweetness down a tad. It is kind of like the calm after the storm of chocolaty sugar. I honestly think this is one of my favorite brownie recipes because of the whipped cream. It’s super good! 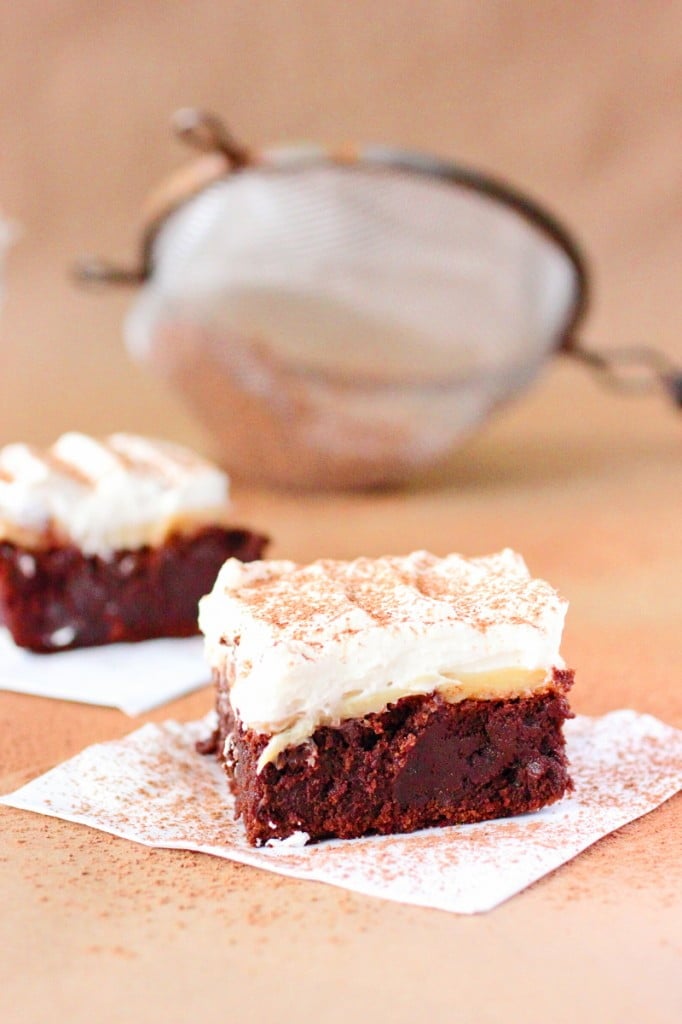 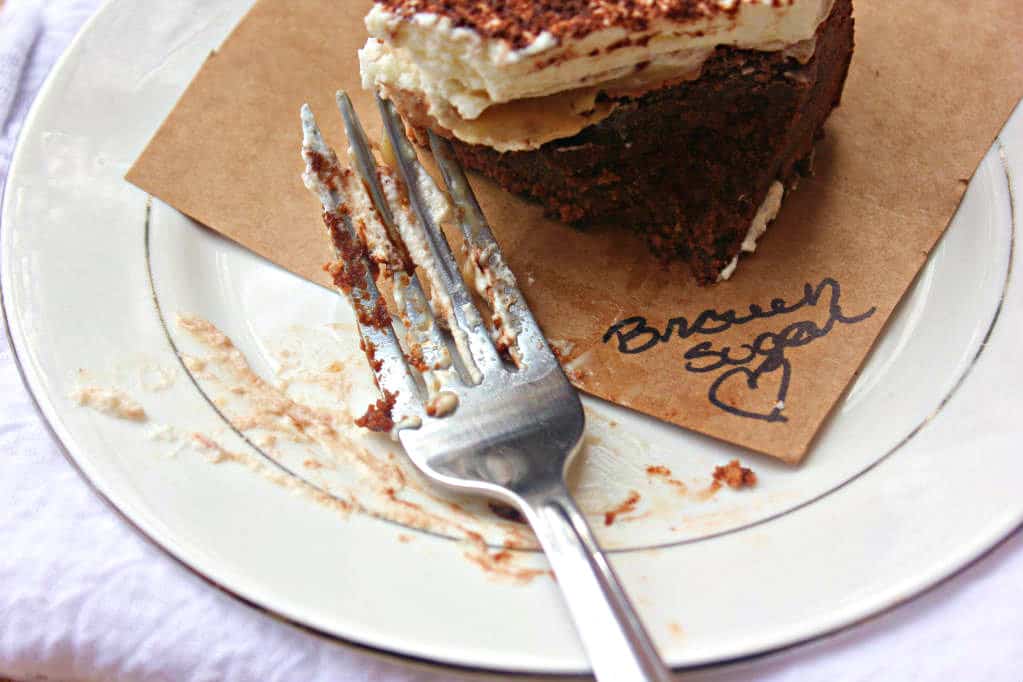