Large plump shrimp and creamy cheesy grits put together are considered a delicacy. This Shrimp and Grits recipe is made with bacon, roasted red peppers, and a ton of seasonings and spices and surprisingly easy! 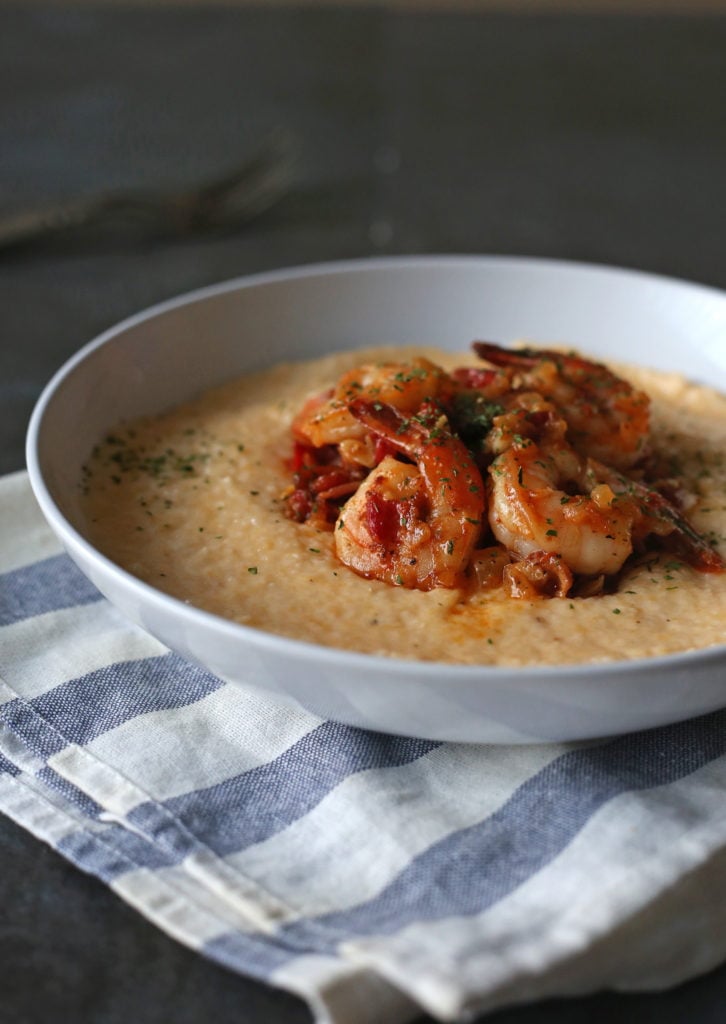 So, let me tell you about how I’ve come to know about Shrimp and Grits.

My very best friend, Dayana, was born here in Ohio but raised in Tallahassee, Florida. Therefore, the food and dishes that she was raised upon are completely different than what I had been raised to enjoy. When we first began our friendship nearly 20 years ago (Dang, we are getting old Day) we went through the proper discourse of getting to know one another as young teenage girls do. You know how the conversations go:

“So like (in my valley girl voice), what college are you going to? Do you want to stay in a co-ed dorm or an all-girls dorm because I want to stay in an all-boys dorm, you know? I mean like, boys are so gross, but girls just talk too much. Who are you going to prom with? Like,  you know “Billy,” asked me to go but he is so-like-immature! He doesn’t even have his driver’s license yet. I’m thinking of getting my hair done in a French Roll and Finger Waves (that was the style back then). Who do you like more, Brandy or Aaliyah? Brandy can sing, but you know Aaliyah is the best dancer in the whole wide world! Our lives are so important…blah…blah…blah.” 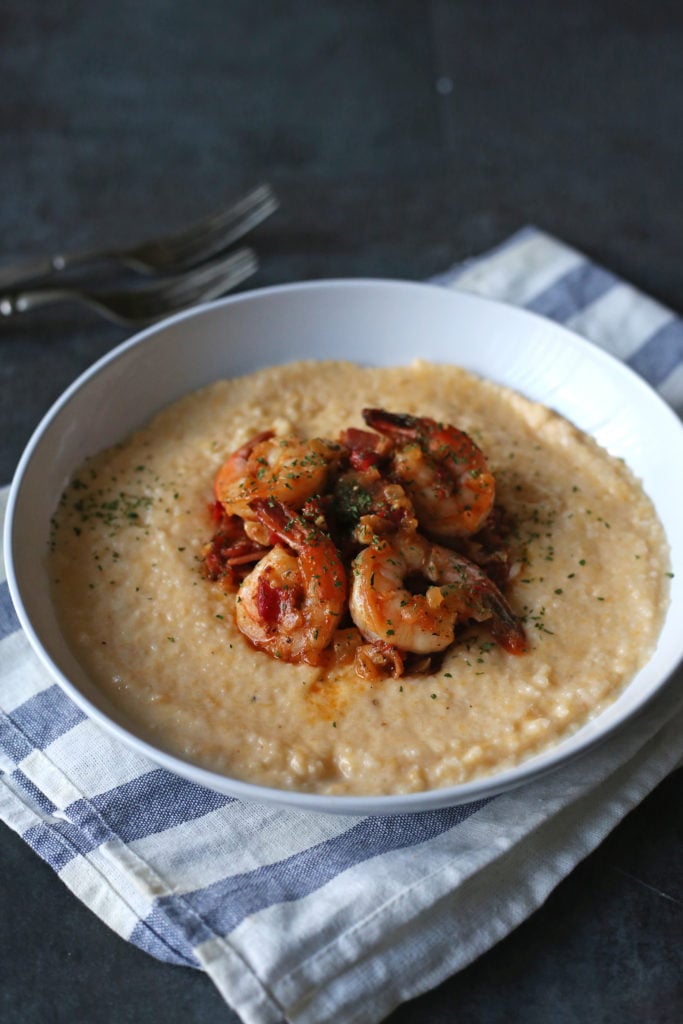 It is crazy how teenagers think their lives are so much bigger than what it really is. When we are that age, for whatever reason, we can’t see past 18. Anyway, along with many meaningless and, somewhat, inappropriate conversations for young girls our age, we also discussed food dishes we liked and didn’t like. I like Apple Pie A La Mode; she doesn’t believe ice cream and pie belong together; I like Sweet Potato Pie with a fair amount of cinnamon and sugar; she likes her sugar with pie, and I like grits with butter and sugar; and she like grits with salt, pepper, and cheese. “Gross”, I thought at the time. She couldn’t believe I had never had grits with cheese, salt, and pepper and insisted that the entire way that I had been eating up to that point was a lie. Not only did she like grits her way, but she also liked them with fish or shrimp. “What the hell”, I thought at the time. For years, I refused to try grits any other way aside from butter and sugar. That was all good until…..I went to New Orleans nearly 10 years later. 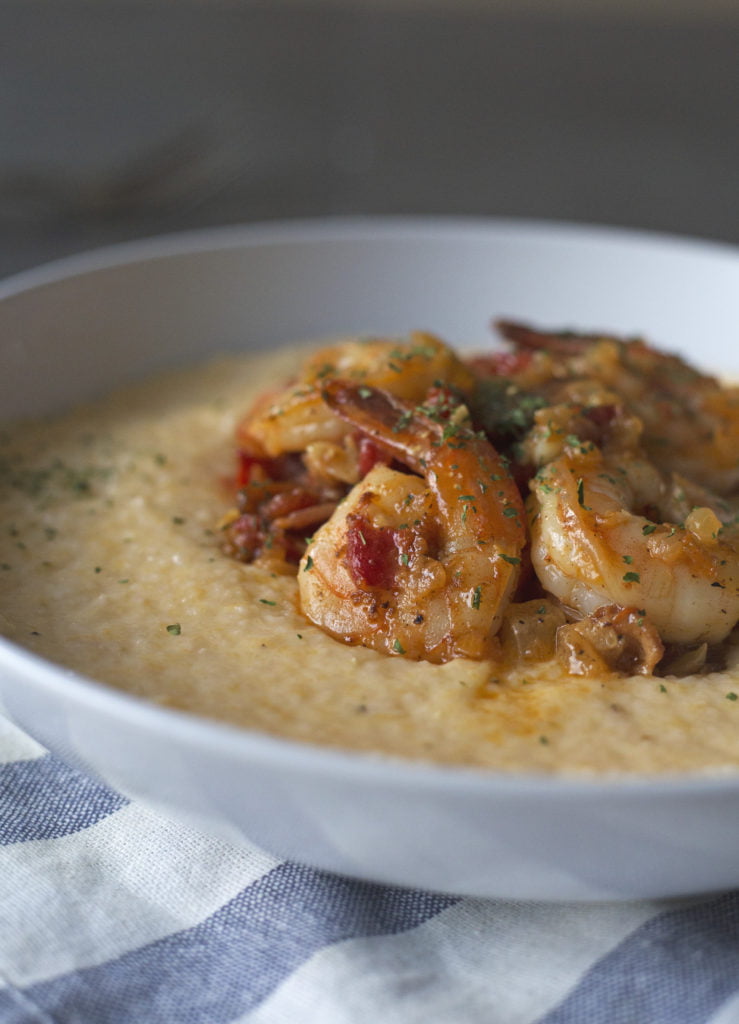 I love my mommy! I love my mom so much that I took her on a trip to New Orleans a few years back for Mother’s Day and her birthday. Now, I am not as much of a picky eater as I thought. Not when I compare myself to my mom anyway. My mom doesn’t like flavored teas, anything with mint until it is a mint, seafood, asparagus, mushrooms (don’t blame her there), raspberries or blackberries, and so much more. I mean goodness! There is so much more my mom doesn’t like it’s ridiculous. Although I am known to raise my eyebrow a time or two at a dish that doesn’t seem right, I would, at least, try it. She won’t! So, you can imagine our foodie experience when we went to New Orleans. Yeah, she ate Po Boys and other common basic food.

In fact, I don’t remember my mom trying anything different, but I did. On my trip to New Orleans that I took with my mom, I finally decided to try something different and I decided to try…wait for it…Cheese Grits. I figured that my taste palette was in a different place and I might be in a place where I could appreciate cheese grits and I’ll be damned…I DID! I loved them! They were so good. The next time I visited New Orleans was with my, then, boyfriend, who is my, now, husband.

We went to Cafe Fleur-de-lis inside the French Quarter in New Orleans, which is a hole in the wall type place (New Orleans is filled with places like that ) and we ordered 3 dishes that we never had for breakfast to share. We ordered the largest portion of Brioche French Toast, Seafood Eggs Benedict, and….wait for it…Shrimp and Grits. Let me tell yall something, the Shrimp and Grits at this cafe was the best Shrimp and Grit I’d ever had and I’d never had Shrimp and Grits until that moment. Yep! That is how good it was. That was 5 years ago. I hadn’t had them since until recently.

I have been so nervous about making this southern recipe because I didn’t want to let myself down because the first time I had Shrimp and Grits they were so delicious. I figured if I’d make them the dish would be not that great. Do you know what I learned from making this recipe? I really need to trust my cooking skills because they aren’t that bad.  I must say, this Easy Shrimp and Grits recipe is not only easy but good! What I love about this southern dish is you can get as creative as you want! You can make an Italian, Mediterranean, or Cajun Style Shrimp and Grits. It is a versatile dish where you can add your personality to make it shine. So, if you are a shrimp and grits fanatic, I hope I did you proud with this Easy Shrimp and Grits Recipe.

This Easy Shrimp and Grits recipe can be enjoyed for breakfast, brunch, or dinner! Grits flavored with white and sharp cheddar cheese!