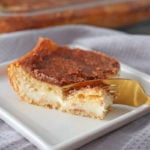 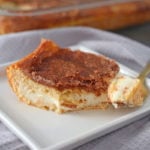 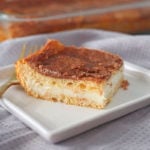 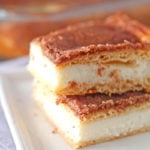 When I put my heart and love into a dish, you can really tell in any of my dishes. However, there are a few recipes that my friends and family absolutely crave like my Sugar Cookie Fruit Pizza, Bakery Style Chocolate Chip Cookies, and Baked Macaroni and Cheese. These are some of the simplest recipes on my blog, but they are also the most memorable. I am throwing a new recipe into the conversation because this Easy Sopapilla Cheesecake recipe was a huge hit amongst friends and coworkers. 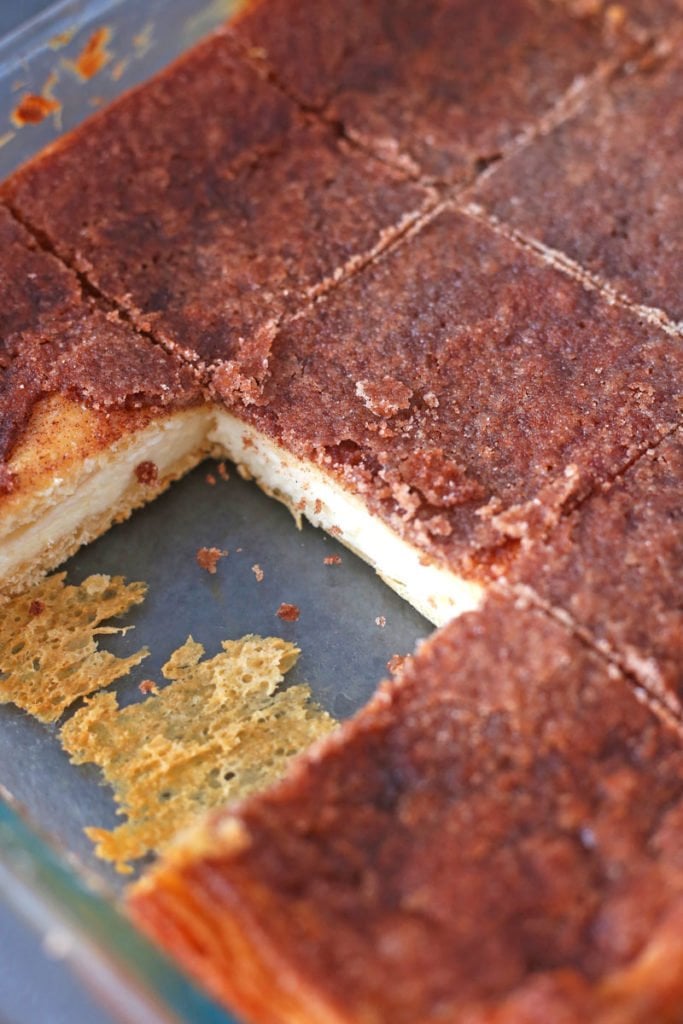 What is Sopapilla Cheesecake?

Sopapilla Cheesecake is a Mexican inspired dessert that includes puff pastry and a cream cheese filling. I have had this dessert at Mexican restaurants before, and they are typically fried. Kind of like fried cheesecake filled tortillas. I guess you can say my Fried Cheesecake Roll-Ups are kind of like that, but this Sopapilla Cheesecake is somewhat different because it is baked in a casserole dish. Traditionally, Sopapilla is fried bread that is topped with some sort of syrup or honey. Yep, it’s just fried dough. The Cheesecake element was added as a way to enhance this delicious Mexican dessert. 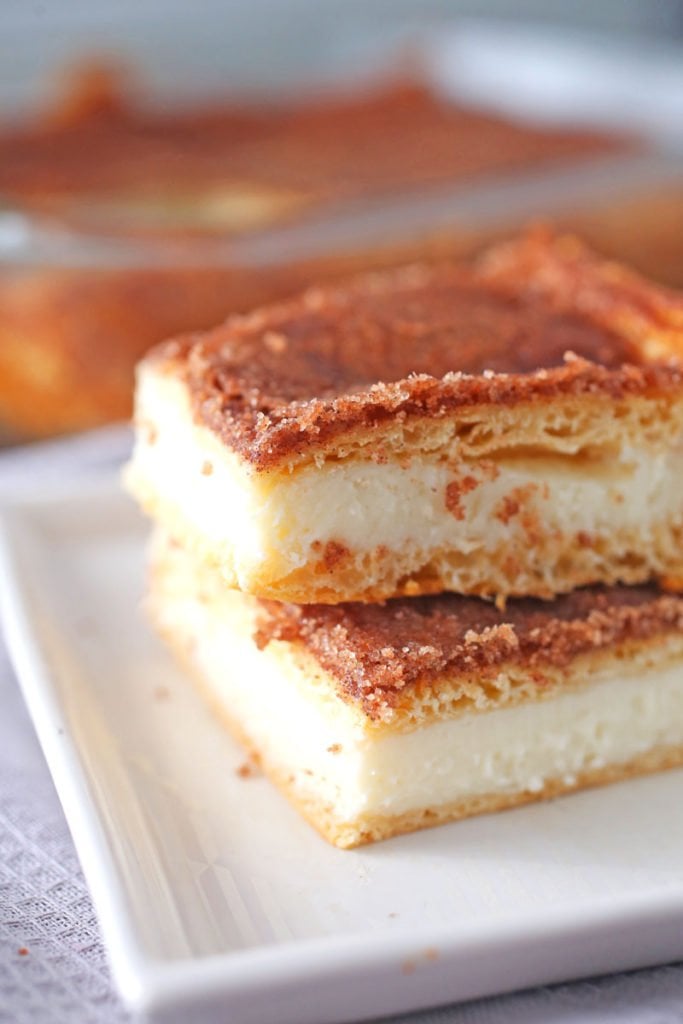 This Sopapilla Cheesecake recipe is perfect for potlucks or an easy dessert you can make to take to a summer cookout. This is a frugal dessert recipe that will never fail you and perfect for beginner bakers. The best part of this cheesecake recipe is the crisp cinnamon sugar crust that is on top of the cheesecake Oh-my-goodness. It is the best part. I do recommend chilling these squares (they just taste better) and make a strawberry topping. It would taste so good with Strawberry topping or syrup. The dessert is sweet so adding some tartness would definitely make it better.

This Easy Sopapilla Cheesecake Recipe is made with buttery puff pastry and topped with a cinnamon sugar crust and filled with creamy cheesecake.