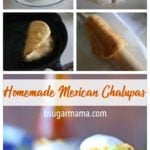 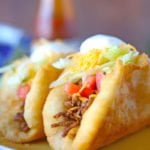 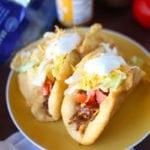 Now you can make your own chalupa recipe that can be made with a few simple ingredients. Make this crispy and soft taco shell and fill with your favorite taco toppings such as ground beef, shredded chicken, cheddar cheese, lettuce, diced tomatoes, and sour cream and you have Homemade Chalupas.

When I was younger I worked at a few fast food places. The first place I worked was at McDonald’s. I also worked for Subway and Taco Bell. Although there are mixed feelings associated with fast-food workers, when you are a teenager the one perk you look forward to when working at a fast-food restaurant is the free meal you get during your shift. When working at all three of those restaurants, I tried just about everything on the menus that I could.

I had my favorites at all three, but at Taco Bell and I loved Chalupas! 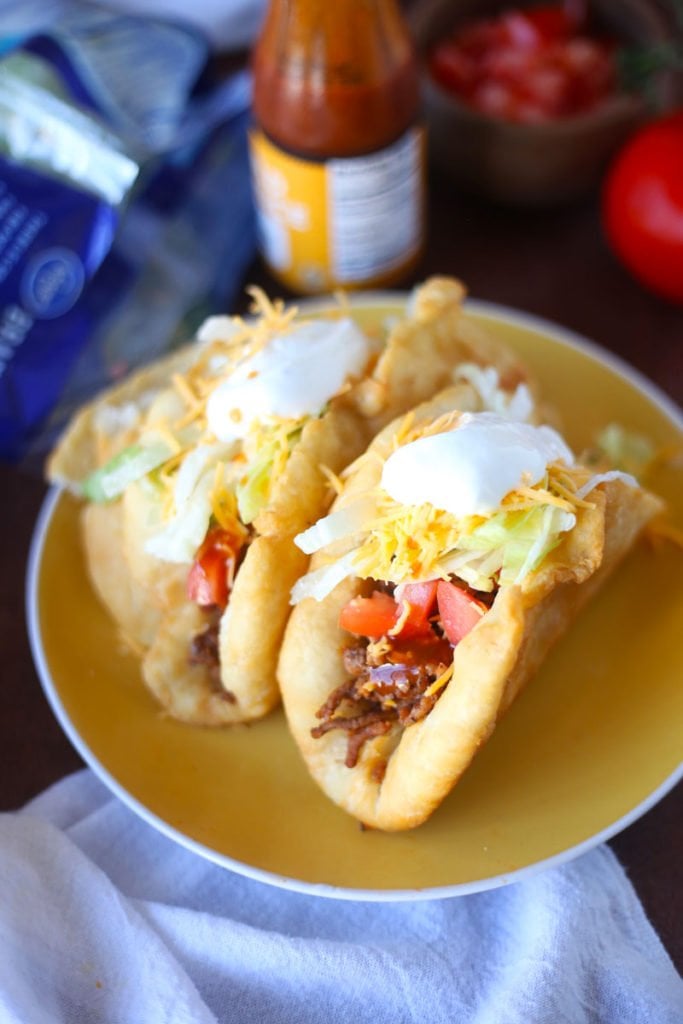 Typically in Mexico, Chalupas are made using masa and are flat. They are then topped with various toppings such as:

This Mexican dish has been interpreted a bit differently here in America. The bread that most of us may be familiar with is made out of flour, which is called Indian Fry Bread, and it’s much thicker than how they are traditionally made. I don’t think I had a traditional Chalupa but I am sure it is just as delicious as the one that is in this recipe.

How to make Chalupa Shells?

What I loved the most about Chalupas was the bread itself. I mean, it’s almost like donuts, just without the glaze if you think about it. It’s fried dough just like a donut, right? That would make so much sense as to why I like them so much. You know what? Making the chalupa dough is easy and only takes a few basic ingredients.

All you need is

Mix all those ingredients into a dough ball, and you have the basis for the chalupa bread. Divide the dough into equal parts eight pieces and shape dough into a round circle.

After you have divided and rolled out the dough, you place half of the dough in a heavy-duty skillet, like a cast-iron skillet, and allow it to fry for about a minute. Then you flip the dough and allow the other side to fry, which should make for a nice curved chalupa shell. I won’t lie, you won’t get them all right, but you will get a few curved the way you like. 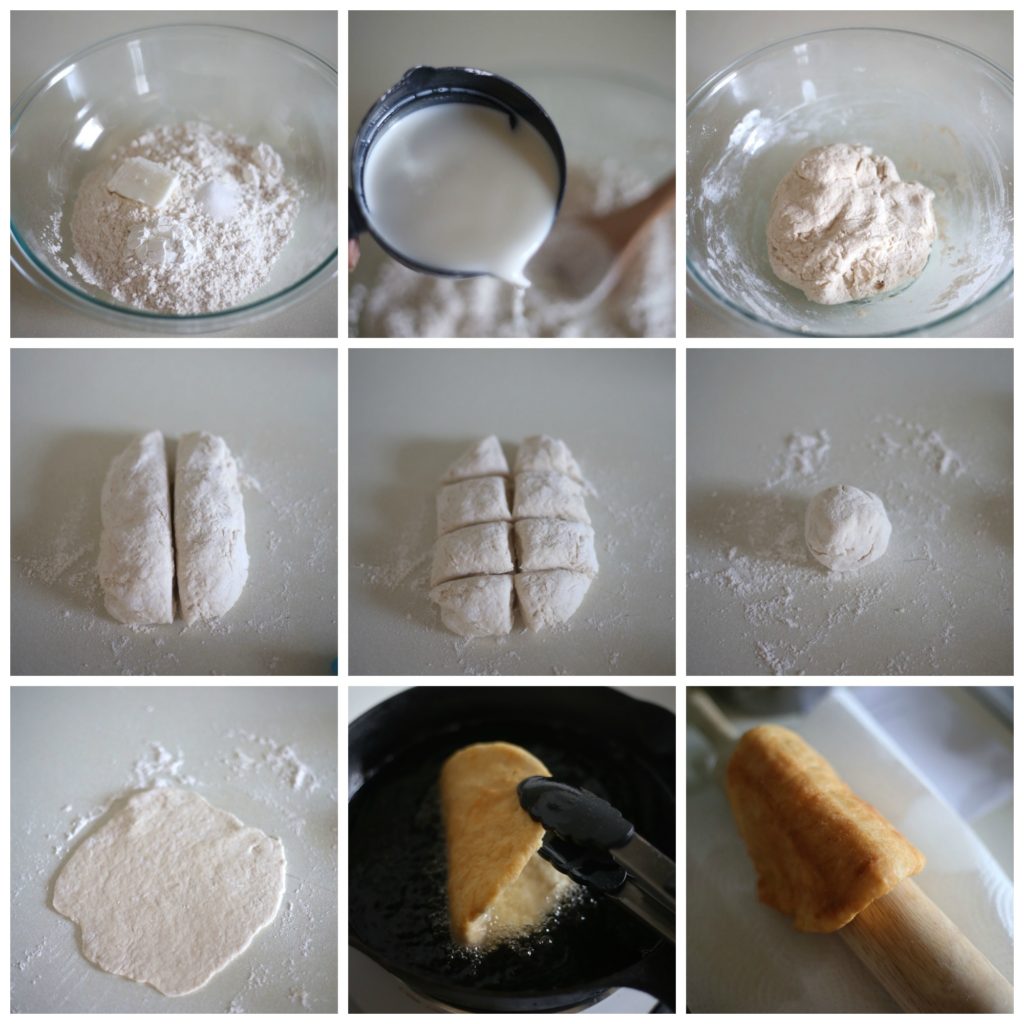 I watched this video to learn how to make chalupa bread and this one. They both were helpful. 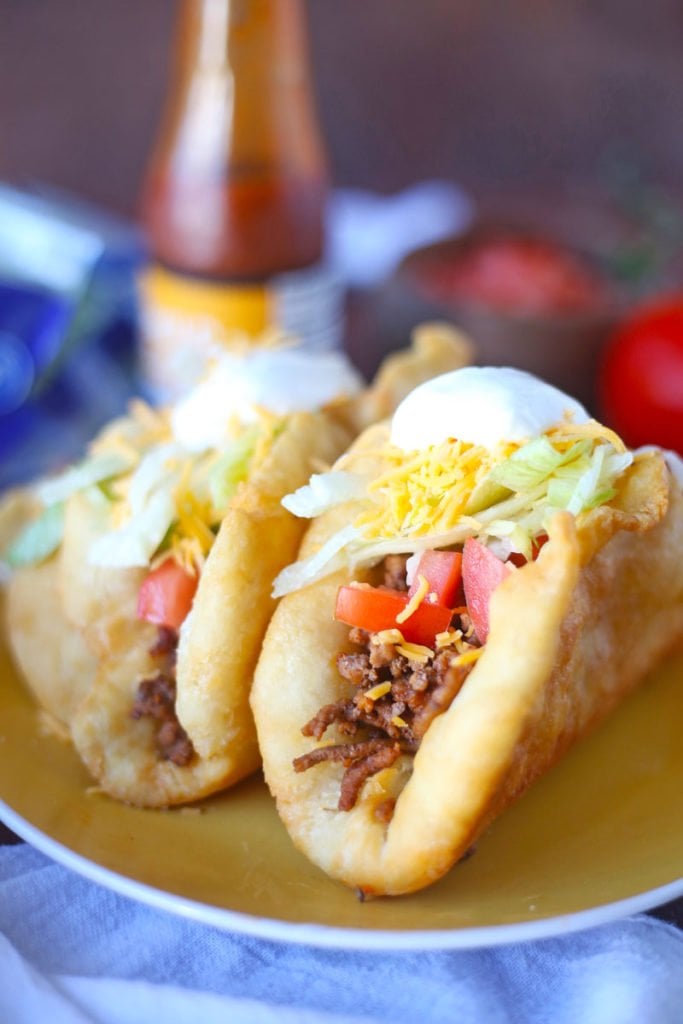 How do you make Chalupas with Pita bread?

To be honest, I am not sure from experience. However, I imagine you would bake the pita bread until slightly crisp and fill like a taco. You might have to get a bit creative for the curved taco shape.

Can I use butter instead of shortening to make the bread?

Yes. You need fat to bind and hold everything and to ensure the bread isn’t dry.

Can I eat the Chalupas flat?

Yes! If it is easier for you to fry the bread flat and eat it like a pizza, that is fine! Just top with the cook beef mixture and desired toppings.

What spices can I use to make my own taco seasoning?

Typically, taco seasoning is made with a little cumin, chili powder, and smoked paprika.

Items you may need 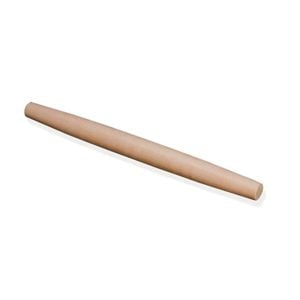 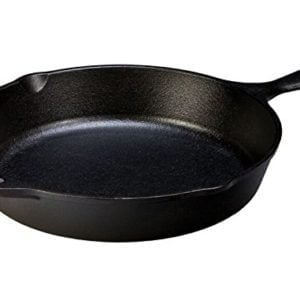 Mexican Chalupas are easy to make. This recipe makes eight chalupas that are soft, chewable, affordable, and delicious. Learn how to make them here.

Alternative: You can try this recipe with gluten-free flour