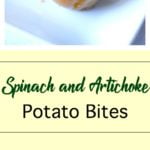 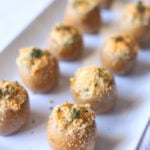 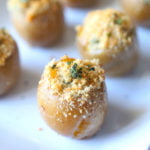 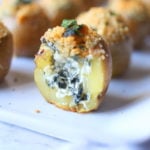 These golden Yukon potatoes are filled with an easy Spinach and Artichoke dip that makes for the perfect appetizer bite. 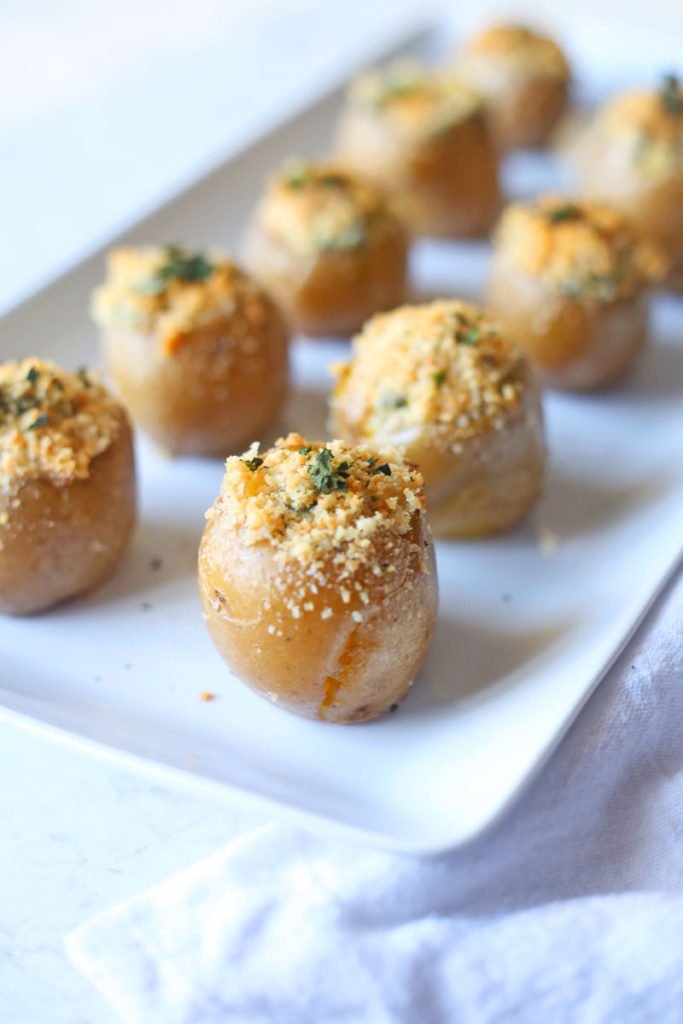 As you’re planning for your next party, be sure to add these Spinach and Artichoke Potato Bites to your food list!

I absolutely love Spinach and Artichoke Dip. I even love Crab Spinach and Artichoke Dip. I even put the recipe in an e-book I wrote some years back called, “ I Love You, Let’s Eat!” When I tested the recipes from my book on my friends and family, it definitely was a fan-favorite. In fact, I made the recipe all the time for years before I put it on my blog. My best friend absolutely loves the dip and even eats it for dinner from time to time (yeah that’s gross to me).

If I weren’t lactose intolerant, I would probably eat a whole pan of this dip in two days too. But with the digestive system the good Lord has given, that would be like committing suicide. Nevertheless, a good ole Lacto Joy and a few bites of these Spinach and Artichoke Potato Bites won’t hurt me too badly. 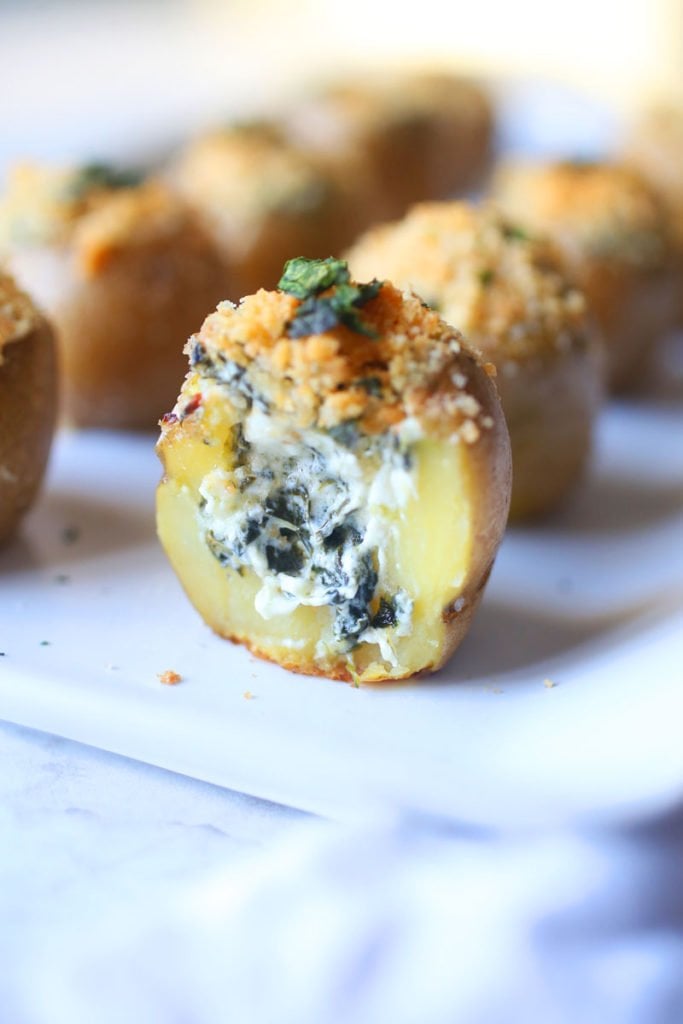 I start to slow down after Christmas. Long gone are the years where I would get dressed up in my “freakum dress”, put on some fly heels, and hit the town until I passed out somewhere or fell asleep in a corner of a club or a bar. Yep, I have a toddler at home and it is pretty difficult trying to find a willing babysitter, who has no life, to watch your toddler practically overnight. It is totally fine with me anyways. You can only celebrate NYE in the club and bars so many times before it gets old. However, in my mind, I always envision myself throwing a fabulous NYE eve party where everything is decorated in gold and there are cute little appetizers for people to enjoy.

I would have a bottle of Seven Daughters Moscato and Prosecco on hand, dozens of Macarons, and cute little finger foods like these Spinach and Artichoke Potato Bites. What is it about finger foods that make you keep eating dozens upon dozens of them at a time? I think it’s because they are so little people don’t think they are doing as much damage as they actually are. As if we’re saving calories. Well, I like that logic so I don’t judge anyone who thinks that way. So feel free to eat as many as these potato appetizers as you can and save the calories (wink-wink).

How I made these Spinach and Artichoke Bites

The method is quite simple really. First I boiled some small Yukon Gold potatoes until they were fork tender. I allowed them to cool so I can handle the potatoes. Then, I took a small paring knife and cut the bottom of the potatoes just so they can stand on their own. I made a small hole at the top for the opening and used my knife to scoop out some of the potato on the inside. Not all of the potato, just enough to make a deep hole. 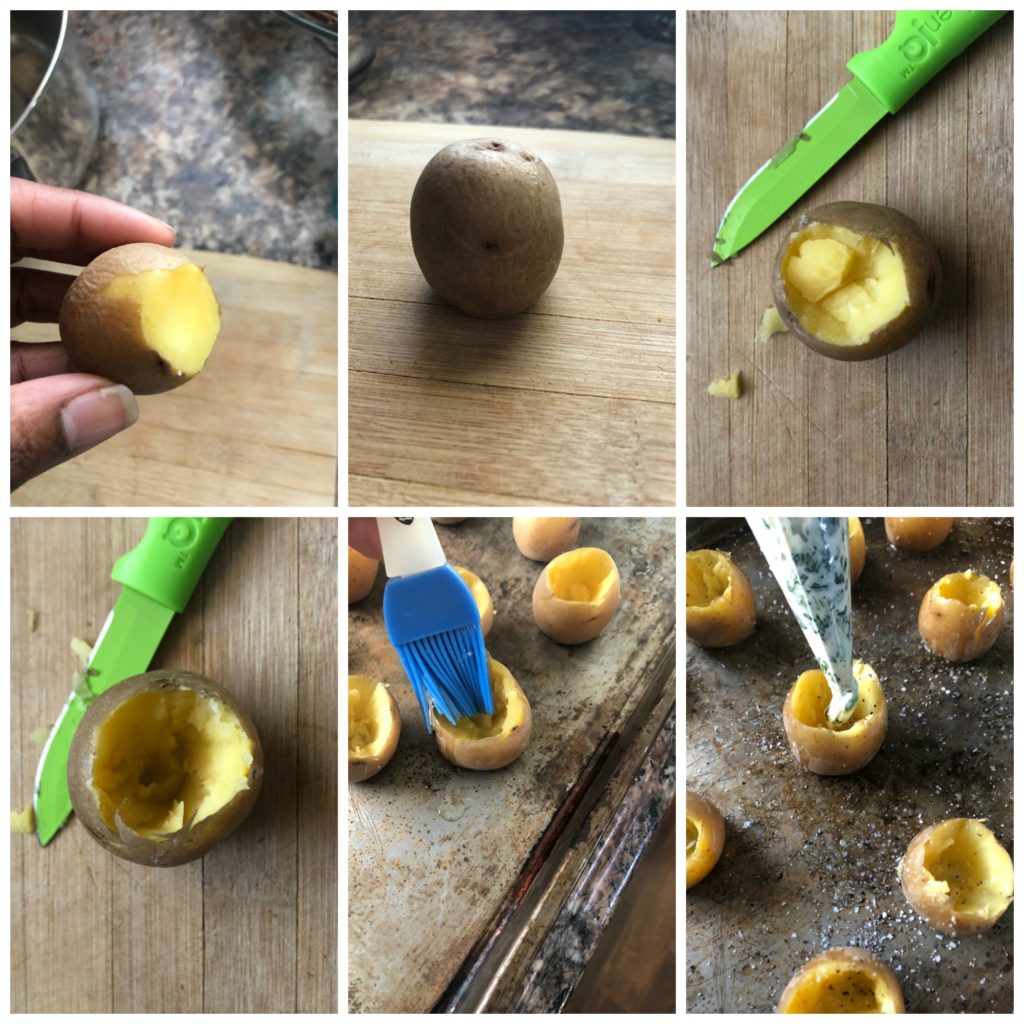 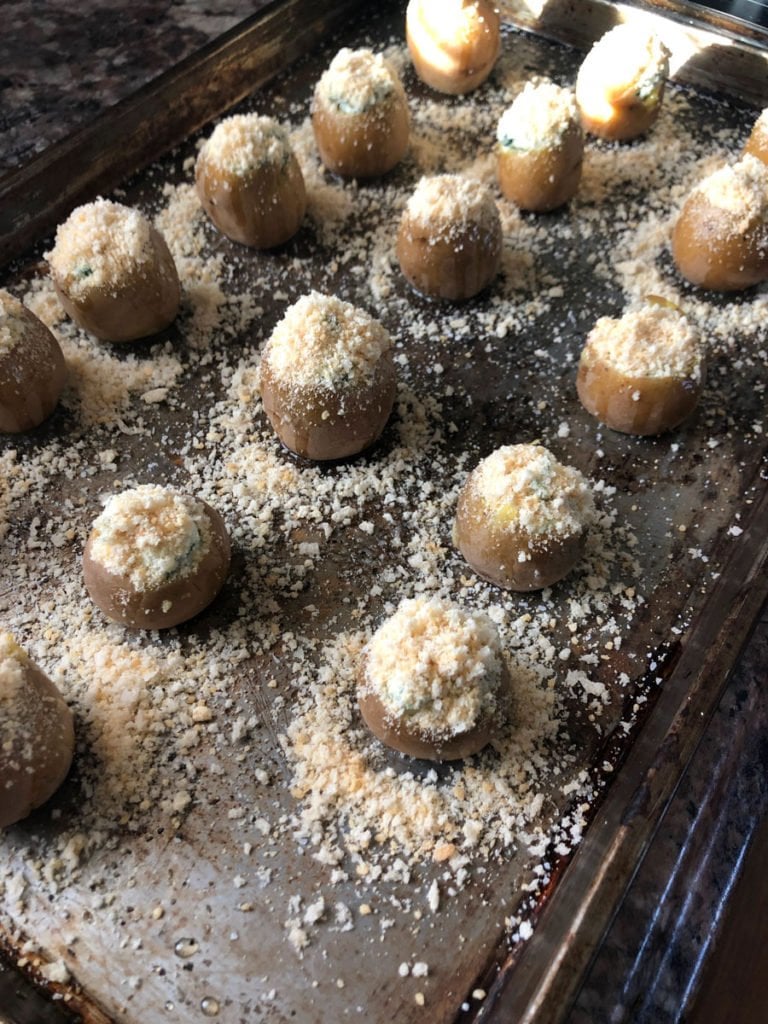 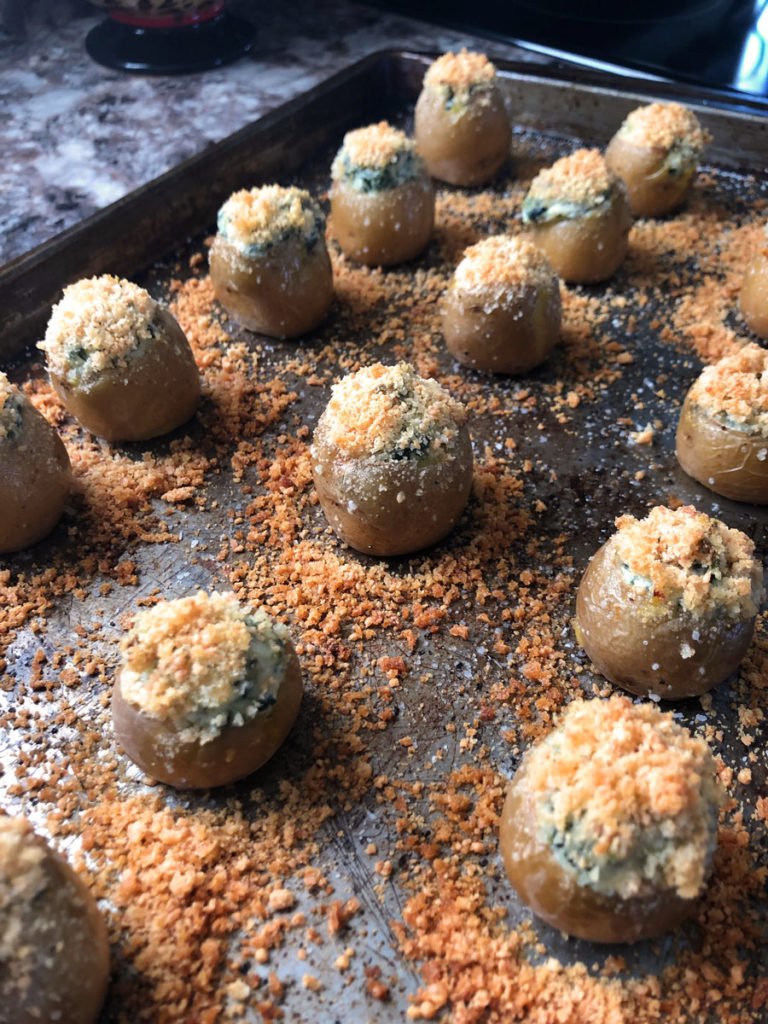 I made my Spinach and Artichoke Dip that consists of mayo, cream cheese, chopped spinach, parmesan cheese, and garlic. Real simple. I whipped up that dip and pipe it in the opening of my potatoes. I topped the bites off with a mixture of panko and parmesan cheese and baked them in the oven for 20 minutes. Overall, I would say this appetizer may take you a little over an hour when you factor in the cooling method. I’d say let them cool for about 20-30 minutes or you can do what I did and take a nap and come back to them. 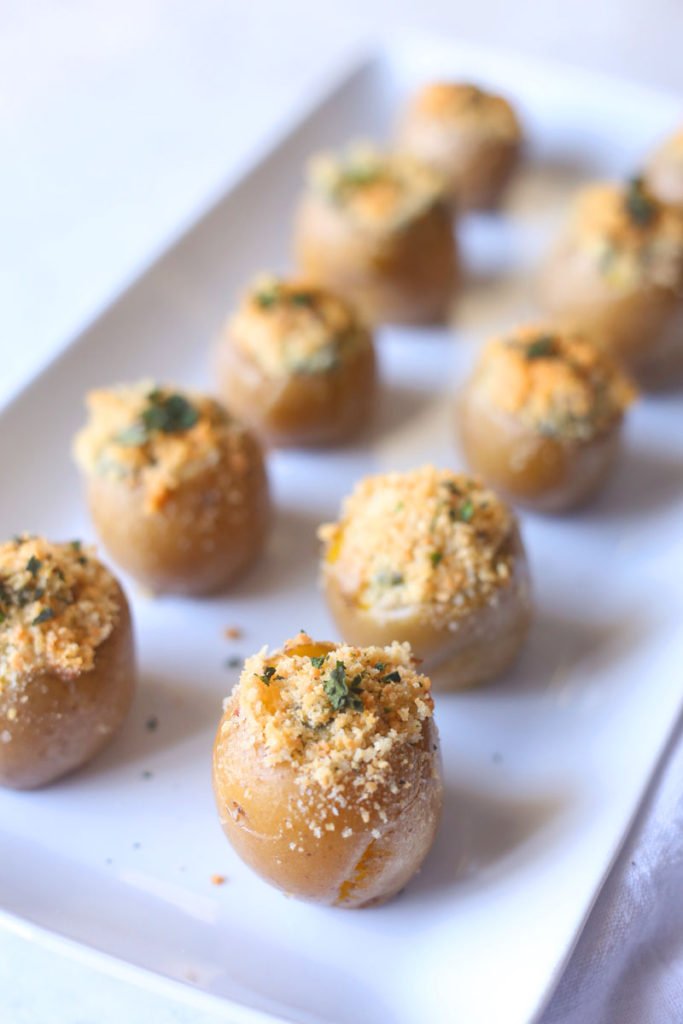 These Spinach and Artichoke Dip Potato Bites are perfect for any New Years Eve party or any party for that matter. They are easy, addictive, and a guaranteed crowd pleaser!

These Spinach and Artichoke Potato Bites are definitely a crowd pleaser. These potatoes are filled with super easy spinach and artichoke dip you won’t resist!