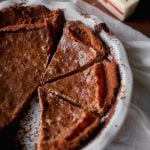 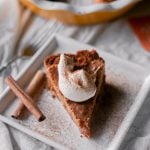 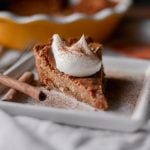 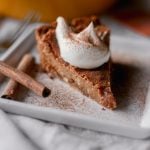 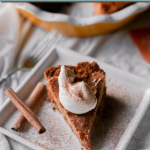 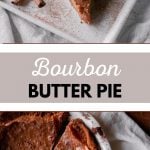 Made with a graham cracker and pecan crust, this butter pie recipe filling is made with luscious and creamy butter, brown sugar, cinnamon, eggs, and Bourbon. It is a perfect comforting dessert that is great for Fall, holidays, or just because.

I am a serious fan of pie. Not all pies, but most pies. I love fruit pies and luscious sweet pies. Pie is an underrated simple dessert that may seem like a lot of work, but simple when you think about it. For fruit pies, all you’re doing is mixing the fruit with sugar, maybe some spices such as cinnamon or nutmeg, add a little cornstarch (maybe), and you’re done.

For luscious sweet pies such as Chocolate Cream Pie or Candy Bar Pie, you mix some chocolate, and some other binding ingredients, allow the ingredients to set, and you get pie. See how I simplified that? Not so bad, huh? That is the same method for making this simple Butter Pie recipe.

The first time I had this pie dessert was at a food blogger dinner where I had Butter Pie at Jeff Ruby’s for the first time. Let me tell you, it was immaculate! That is when I knew I had to give this recipe a try. Fortunately, I found a recipe I adapted from Land O Lakes and add my spin to the recipe.

Making this crust is made with three simple ingredients:

Making the crust is straightforward. All you do is add the ingredients to a bowl and the melted butter, toss to combine, press into a deep pie dish, and bake for about 5 minutes until set. When testing this recipe, I tried it with a graham cracker crust, but I found adding pecans gives the crust a nutty flavor that is complementary to the sweet buttery filling.

Believe it or not, the filling of this pie is made using the following ingredients:

All you do is mix and combine the ingredients in a large mixing bowl a little at a time to ensure the filling is smooth. Pour the filling into the baked pie crust for 35-40 minutes, and you’re done.

Can I use pre-made graham cracker crust for this recipe?

Yes. I first made this recipe with a premade graham cracker crust. I wanted to ensure the consistency and process of making this pie before I played more with the flavors.

If I don’t have milk powder, can I use milk instead?

Yes. In the first round, I made the recipe with whole milk. You will use the same amount of whole milk, two tablespoons, instead of milk powder if you don’t have it. Milk powder boosts the milk and butter flavor instead of liquid milk, but both versions are delicious.

Can I use butter pie crust instead of graham cracker crust?

Yes. Using butter pie crust will still make this pie dessert delicious and enjoyable. In fact, for some, it may already be too sweet with the filling alone. So, using flaky pie crust will make the pie not as sweet. 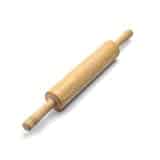 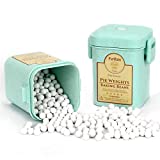 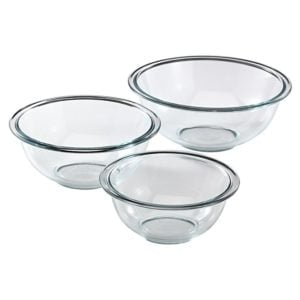 With these easy instructions, you can make butter pie in an hour or less. This simple dessert recipe is sure to wow everyone at your next gathering.