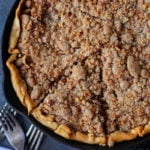 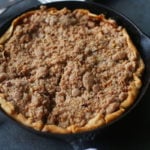 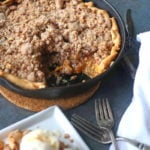 Enjoy this delicious rustic Skillet Dutch Apple Pie Recipe as it is a perfect dessert for the Fall. This Cast Iron Dutch Apple Pie is filled with tart apples layered on top of a buttery and flaky pie crust sprinkled with a crunchy crumb topping. 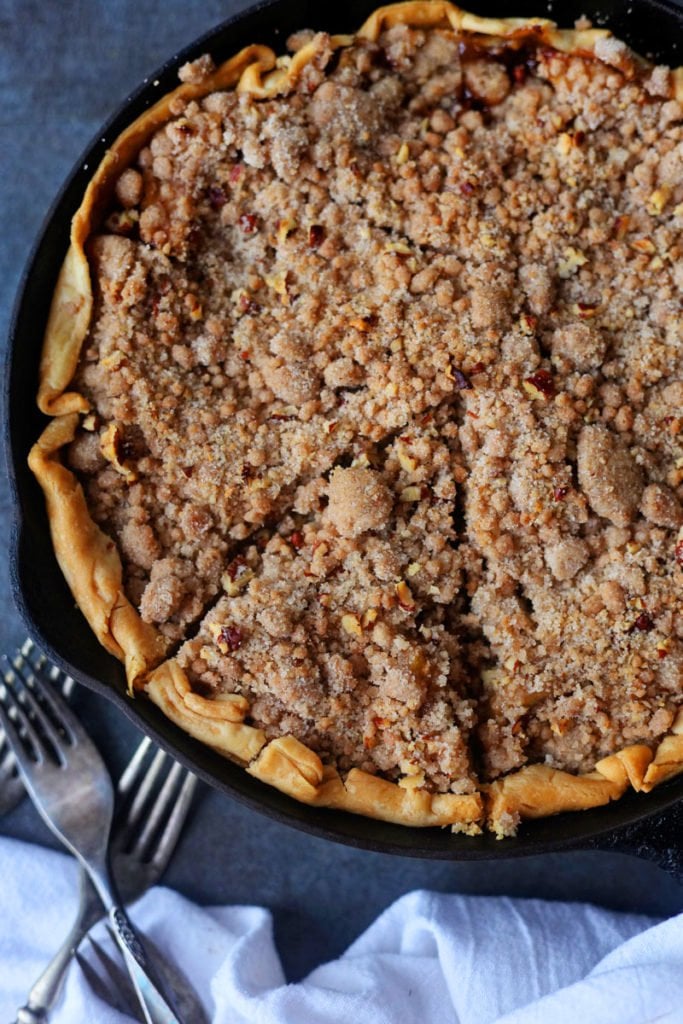 Here is the funny thing about me and baking pies, I love them but there is a part of me that doesn’t like to get my hands dirty. I mean, putting my hands in dough or meat isn’t my favorite step in any recipe. I just don’t enjoy the feeling of my hands being caked with…stuff and it takes forever to get that “stuff” off of your hands and out of your nails. Although this isn’t my favorite step, I love making pies. It is very nostalgic for me.

With every knead and every dusting of flour, I remember being in the kitchen with my Grandma Daisy watching her knead dough to make biscuits and thinking it was the coolest thing I’ve ever seen. Although my grandmother is no longer here, when I make pies or anything where I knead the dough, I use that opportunity to connect with my grandmother through another dimension, space, and time. I think she will be proud of her first grandchild for making this Skillet Dutch Apple Pie. 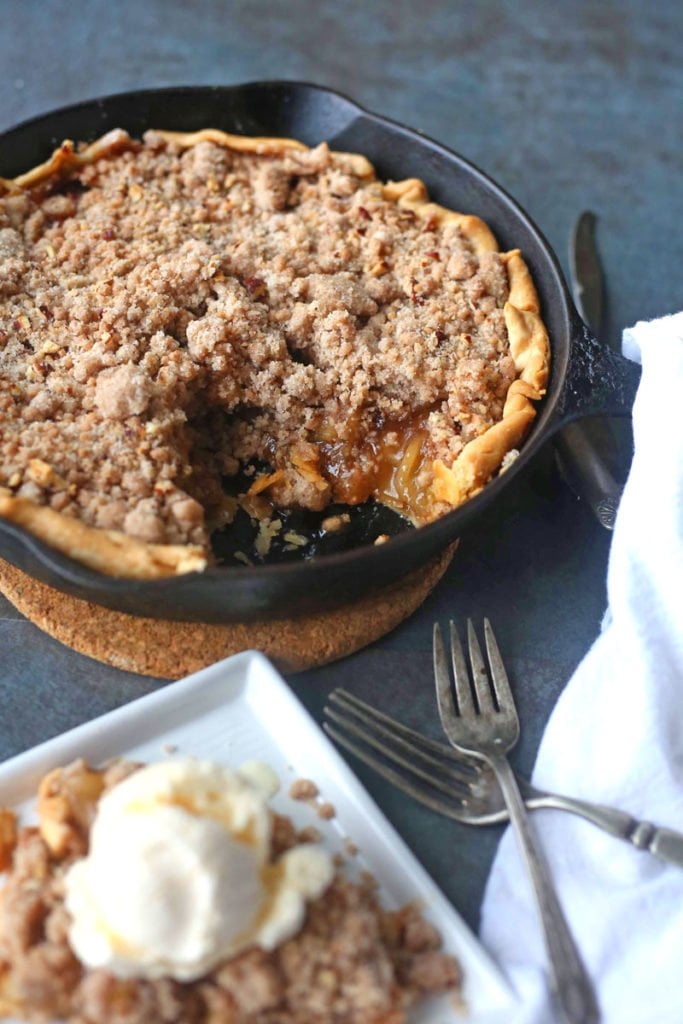 About this Dutch Apple Pie Recipe

How to make apple pie filling

To make my apple filling, I simply cook my apples in some butter, add a little granulated sugar and light brown sugar to help the apples thicken. I add some cinnamon and nutmeg for flavor. Lastly, I do add some cornstarch to help it thicken. I have read some blogs and articles where avid bakers swear against using cornstarch. To that, I say to each its own. Absolutely, I have made pies before without the use of cornstarch and the problem with it for me is filling doesn’t get thick enough for me. So, I use a little cornstarch for reassurance.

The best part of this cast-iron Dutch Apple Pie is the crumble. It is soft and crispy the way it is supposed to be. As the crumble topping bakes, the topping turns golden brown, and it’s amazing! For the crust, I used a store-bought pie crust. However, you can totally use your own pie crust recipe. I really like this pie crust recipe if I am making it from scratch. After the pie is baking it is an absolute must to serve the pie with vanilla ice cream! There is no other way! 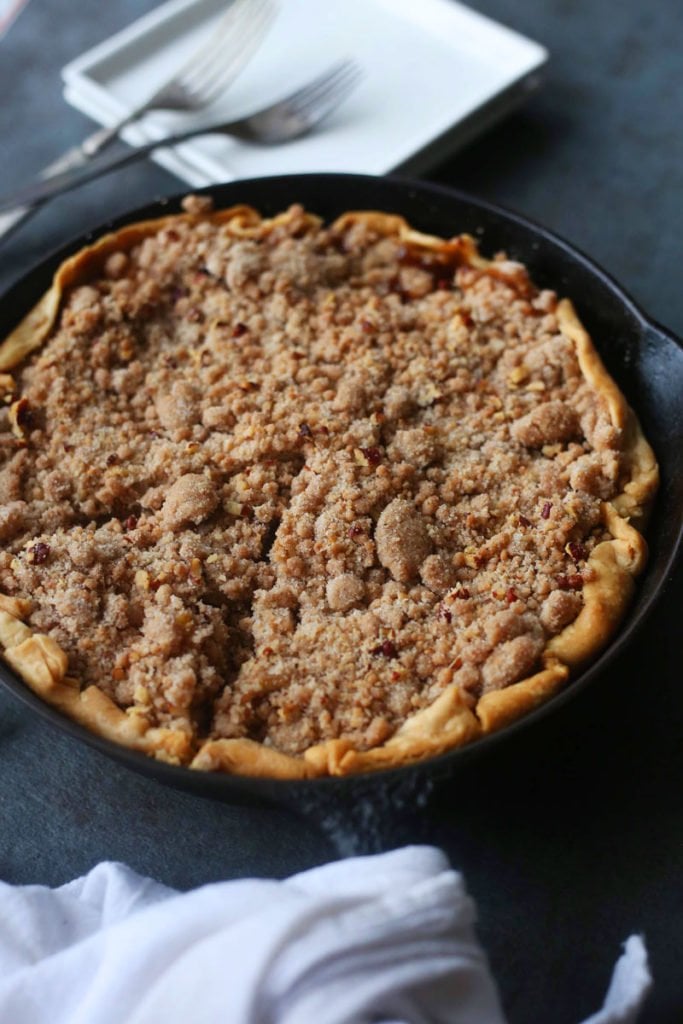 Does Dutch Apple Pie need to be refrigerated?

Yes. I would put the pie in the refrigerator in between servings because of the fruit. If you keep the pie out at room temperature, it could turn moldy pretty quickly, and/or the apples could taste rancid.

Can you make this pie ahead of time?

Yes. You can put the cast iron dutch apple pie together and cover it with plastic wrap and keep it refrigerated until you’re ready to bake.

Why is my dutch apple pie runny?

This could be because there is too much liquid in the filling or not enough corn starch to help thicken the liquid. Also, your oven may not be hot enough to where the apples aren’t cooking through.

A cast-iron Dutch apple pie is a great way to end any meal. The delicious simple crust and succulent filling make this recipe one to enjoy.