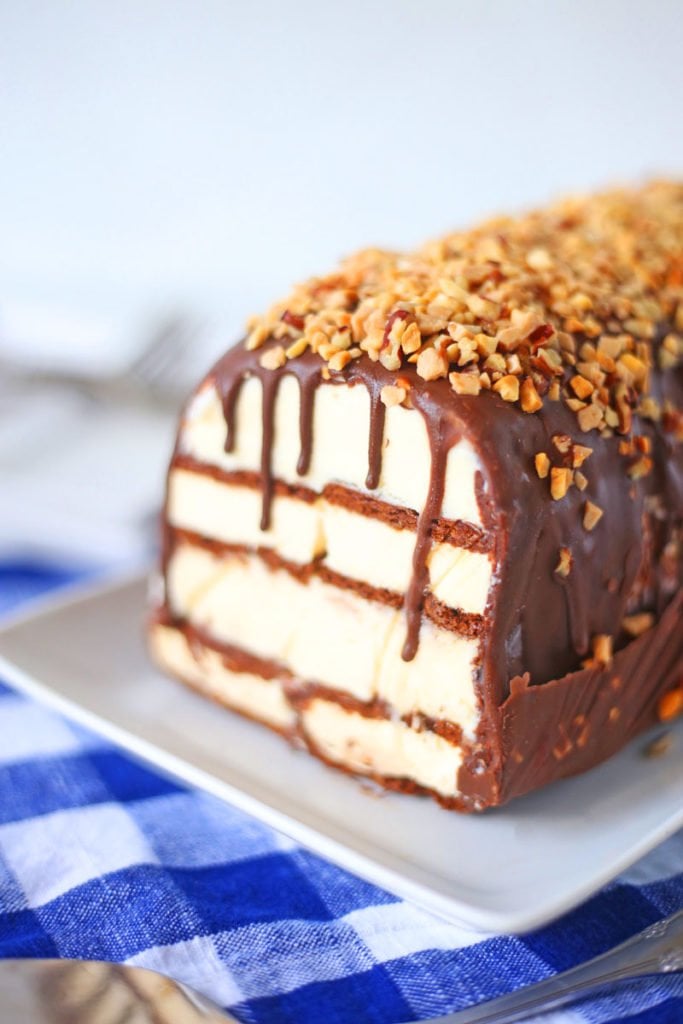 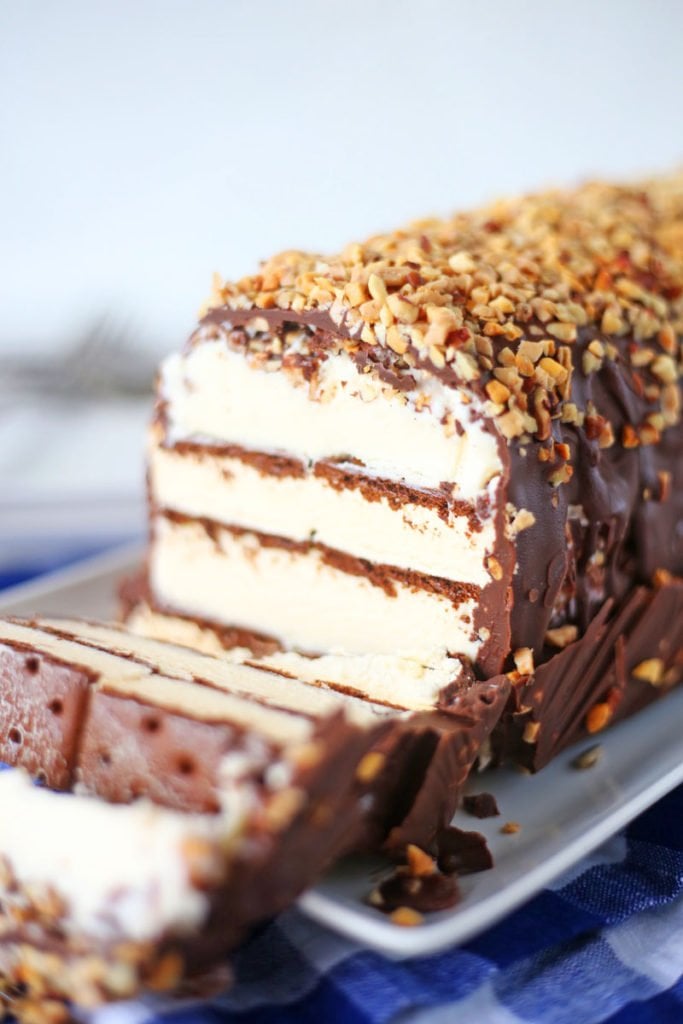 Do you see how the ice cream treat options get fancier the closer the list comes to an end? That is how it was on the ice cream truck! That is why I always tried to get the most change so I can get a Klondike Bar or Drumstick. The Drumstick especially! It looked so fancy! I mean you have vanilla ice cream, on a waffle cone, with chocolate, and nut topping! You were one of the cool kids on the block if you had one of those treats. Not to mention, the other kids would think you come from money, which was hardly true.

I’ve had all of the ice cream treats at this point in my life, but out of all of the treats that were on the list, the one I hated the most was the Twin Popsicles. Mostly because I would have to split it and share it with one of my knuckleheaded younger brothers. Man, it sucked being the oldest. But now, I know how to make the ultimate ice cream treat and they don’t. I have come up with an awesome way to merge together, Ice Cream Sandwiches and Drumstick! 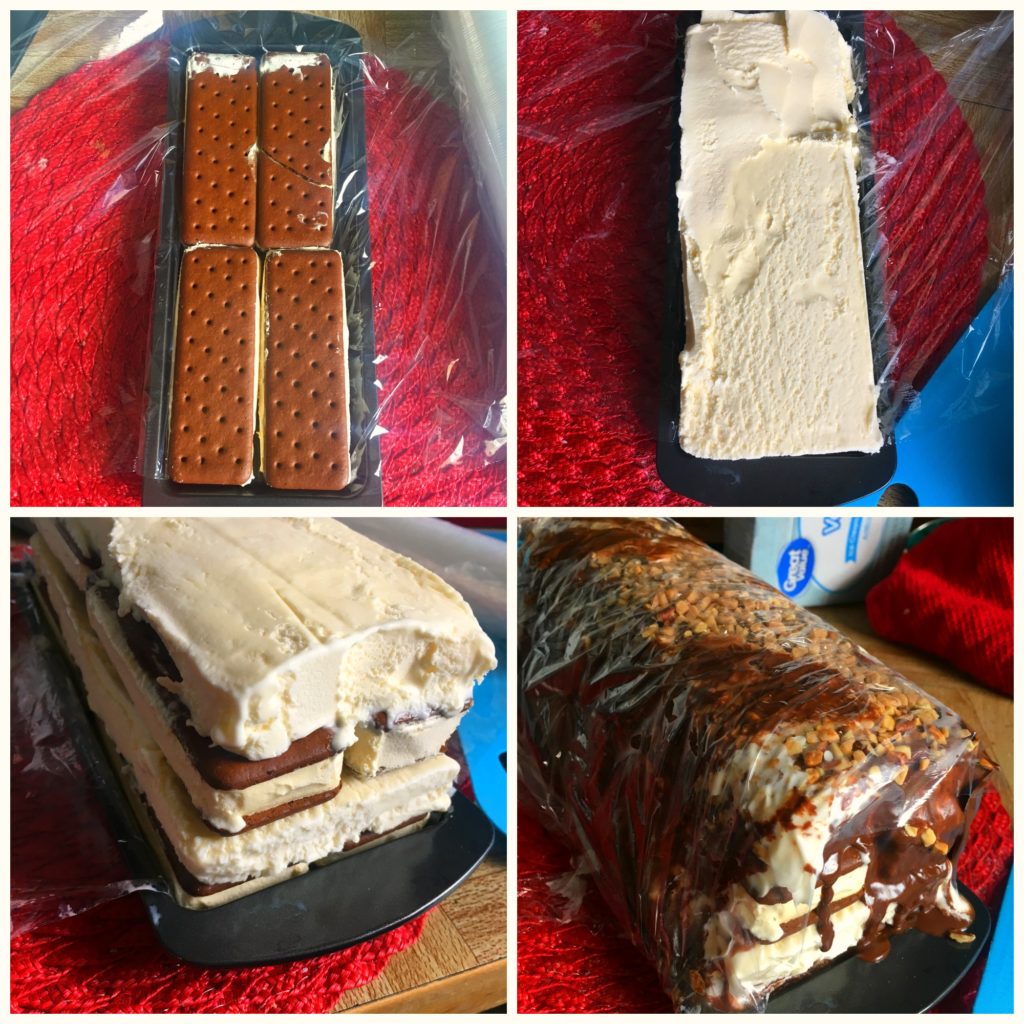 Yea little brothers! I don’t have to split this Ice Cream Sandwich Cake with y’all if I don’t want to! 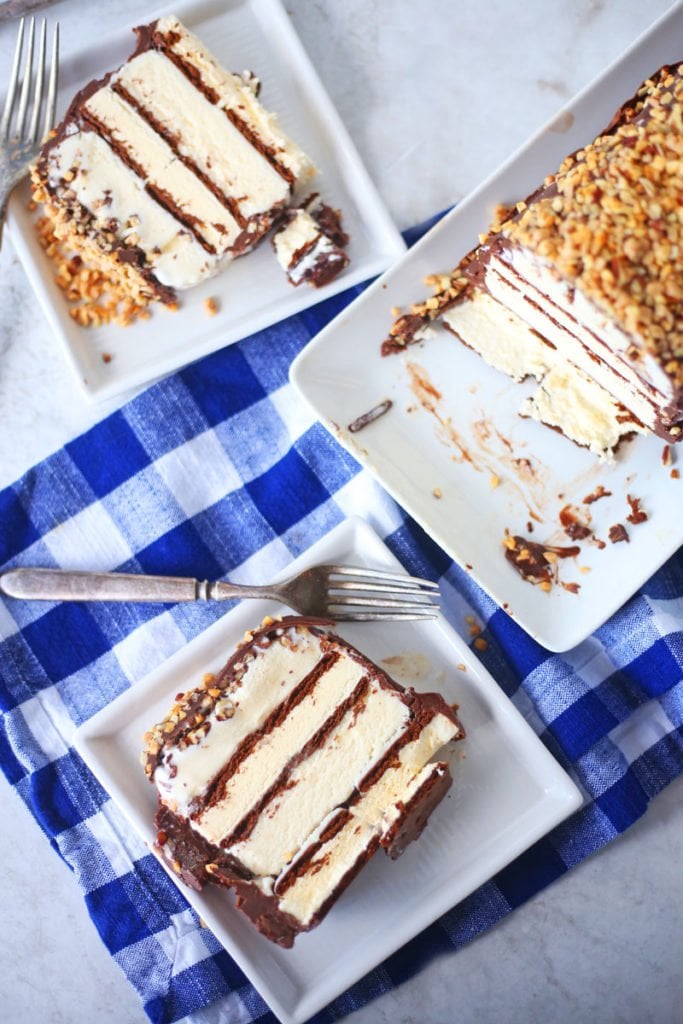 I have seen other ice cream sandwich cakes that have layers of whipped topping such as Cool Whip or whipped cream, candy bars, peanut butter, and Oreo cookies. The great thing about this cake recipe is you can do whatever you want. You can add as many layers of stuff as much as you want! You can even add hot fudge sauce, chocolate chips, or Reese’s Peanut Butter Cups if you want to go for a chocolate and peanut butter combination. It is totally up to you! 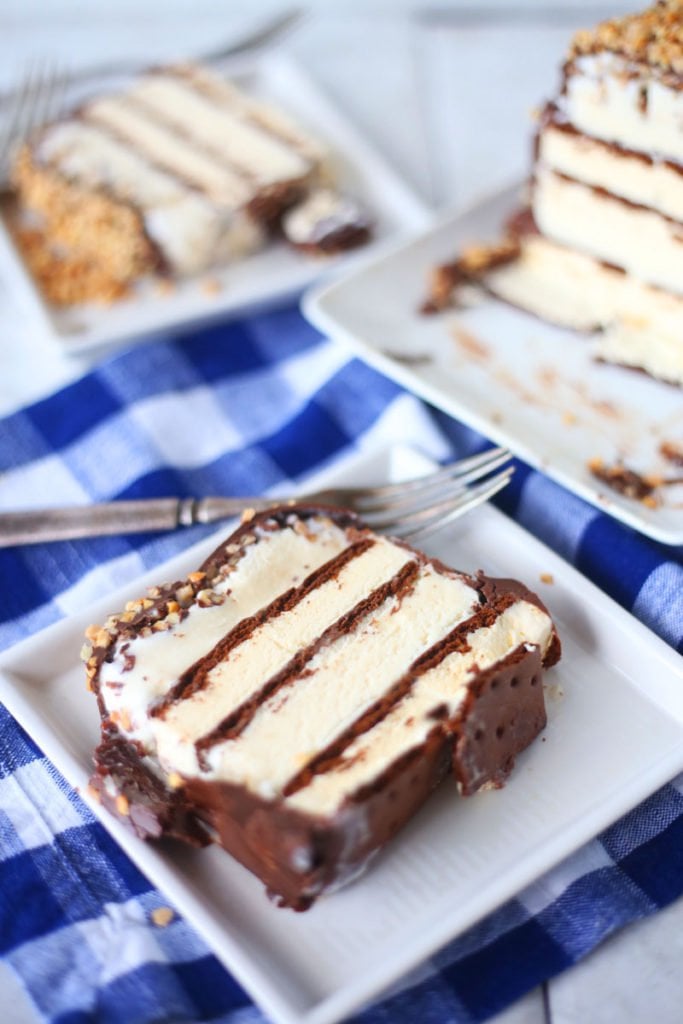 I will say when you make this ice cream cake, you are going to need to act fast! Do not take out the vanilla ice cream until you are ready to begin layering. It is also important to note that I recommend using the ice cream that is in the square carton so all you have to do is cut the ice cream and layer accordingly. You can spread the ice cream on top of the ice cream sandwiches, but honestly, I think you’ll be making your life harder. Enjoy this Drumstick Ice Cream Sandwich Cake.Print
Print Recipe
Pin Recipe